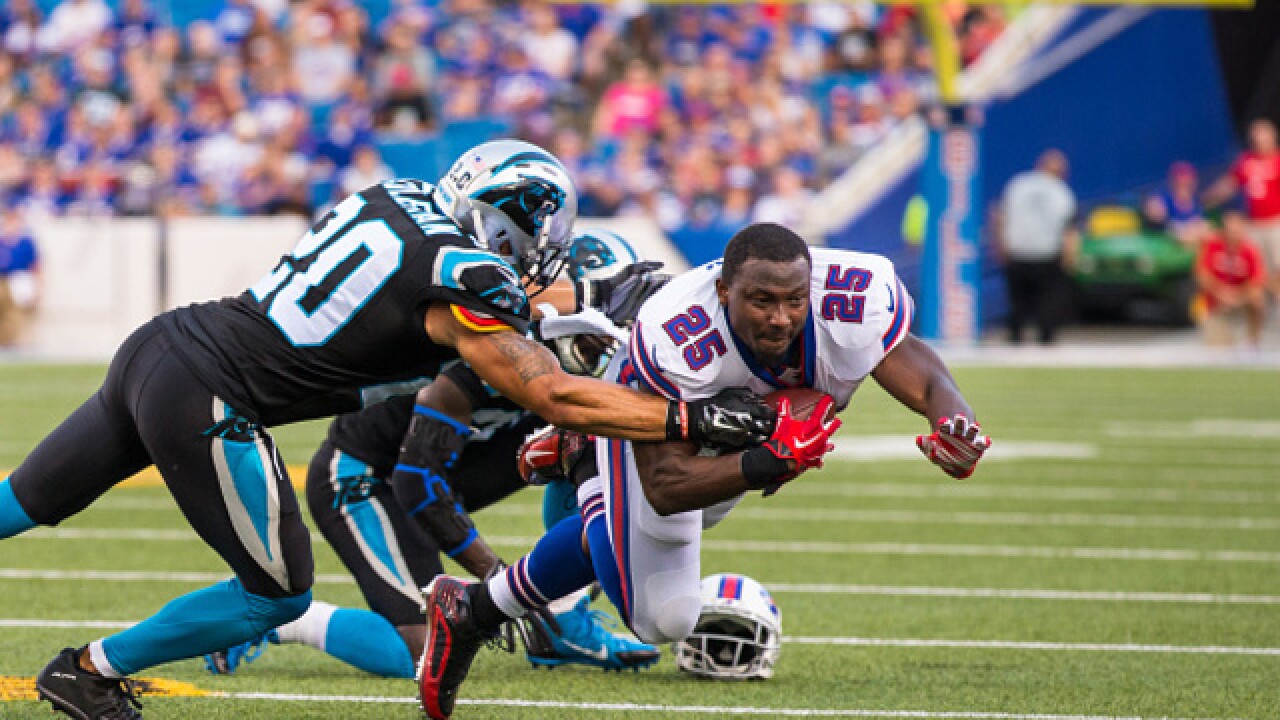 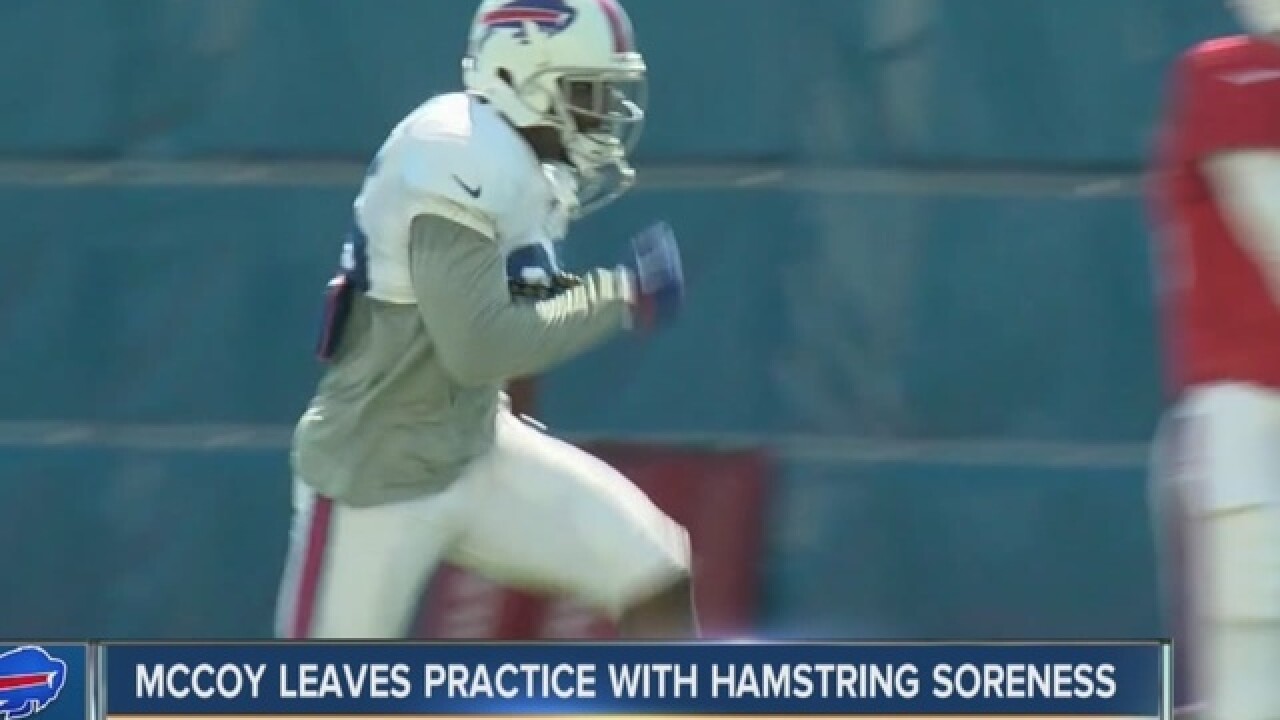 Maybe it's mind games, maybe it's reality. Whatever the case may be, the Buffalo Bills officially listed star running back LeSean McCoy as a limited participant on Thursday.

McCoy, according to head coach Rex Ryan, felt some soreness in the hamstring that has been injured since mid-August, and the team elected to pull him from practice because of it. McCoy mentioned earlier in the week that he didn't feel he was 100-percent in the game against the Indianapolis Colts.

The running back was a full participant during Wednesday's practice and not even listed on the injury report. How his hamstring reacts for Friday's practice will be of utmost importance, but as for now, his status for Sunday against the New England Patriots is unclear.

"Do I expect him to play? I certainly hope so," Ryan said after practice.

If McCoy can't play, rookie running back Karlos Williams will likely get the start. Williams rushed for 55 yards on six carries against the Colts on Sunday.

The Bills resume practice on Friday at 11 am.