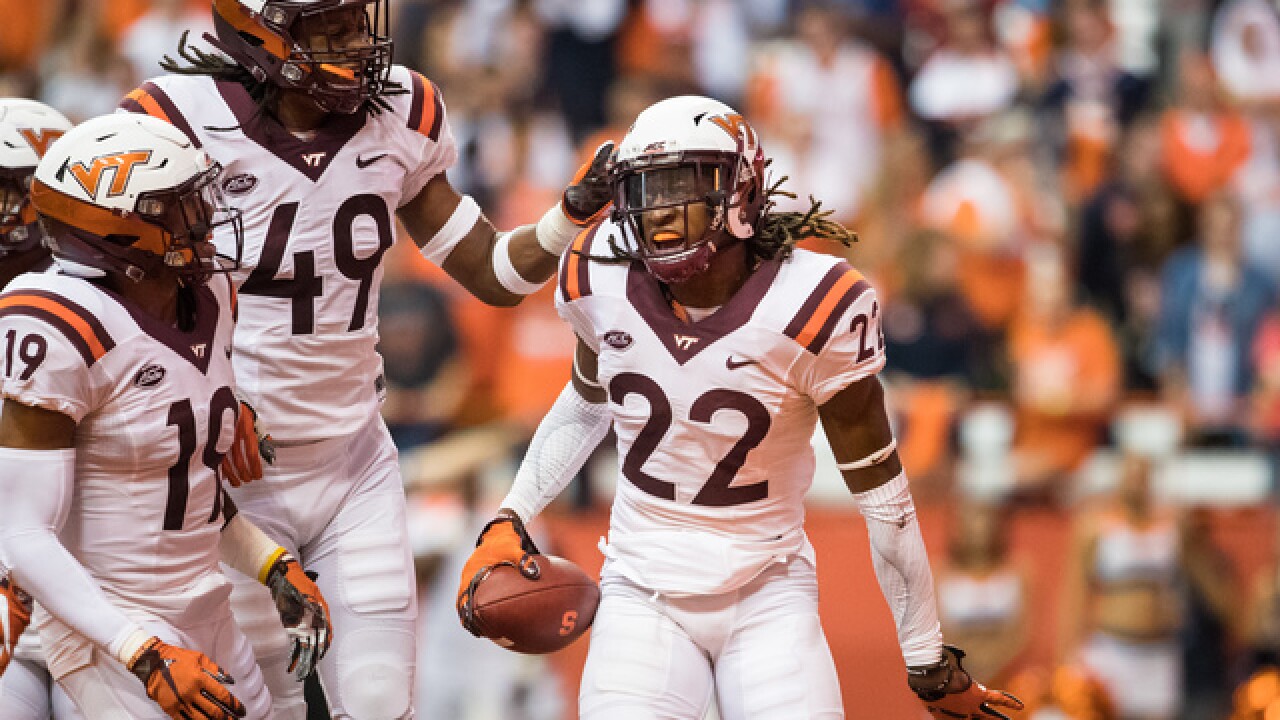 Copyright 2018 Scripps Media, Inc. All rights reserved. This material may not be published, broadcast, rewritten, or redistributed.
Brett Carlsen
<p>SYRACUSE, NY - OCTOBER 15: Terrell Edmunds #22 of the Virginia Tech Hokies celebrates an interception in the Syracuse Orange endzone during the second half on October 15, 2016 at The Carrier Dome in Syracuse, New York. (Photo by Brett Carlsen/Getty Images)</p>

The Buffalo Bills entered Thursday's first round of the NFL Draft with two of the first 32 picks and ended the day with just that.

After the Bills traded up for the 7th overall pick to select QB Josh Allen, they followed that pick up with another trade, moving up to 16th overall to draft OLB Tremaine Edmunds.

In addition to the 16th pick to take Edmunds, the Bills also got Baltimore's 154th overall pick. They sent the Ravens their 22nd overall pick and the 65th pick (3rd round).

Edmunds is the new breed of LB in the NFL. The #Bills desperately need a super athletic middle linebacker that can cover and this dude is a freak athlete. Explosive testing numbers are off the charts. He can even rush the passer, a terror on blitzes. McDermott knows his LBs.