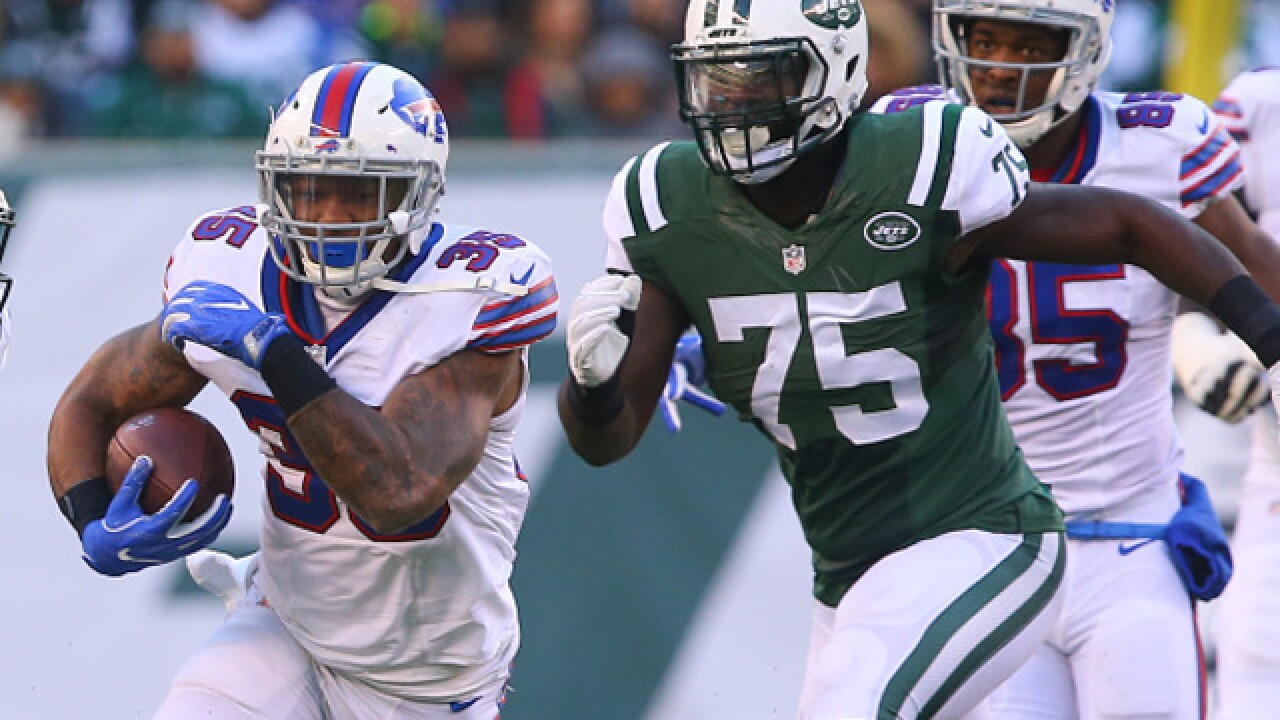 Copyright 2017 Scripps Media, Inc. All rights reserved. This material may not be published, broadcast, rewritten, or redistributed.
Ed Mulholland
<p>EAST RUTHERFORD, NJ - JANUARY 01: Mike Gillislee #35 of the Buffalo Bills runs with the ball during the second half of their game against the New York Jets at MetLife Stadium on January 1, 2017 in East Rutherford, New Jersey. (Photo by Ed Mulholland/Getty Images)</p>

For the second straight year, the Buffalo Bills have decided to let one of their restricted free agents walk to New England to play for the Patriots. Last year it was wide receiver Chris Hogan, and this time around, backup running back Mike Gillislee will be heading to play with Tom Brady and company.

The Bills announced, after taking the full five days to make their decision, that they will not match the offer sheet Gillislee was given by the Patriots early last week. According to NFL.com, the offer sheet is worth a total of $6.4 million over two years, with the first $4 million coming in the first year.

Unlike the Hogan situation, the Bills will actually get compensation for declining to match the offer sheet to Gillislee. Buffalo will receive a fifth-round pick as compensation from New England, which will be the 163rd overall selection.

Gillislee, 26, gained 844 yards and scored 11 touchdowns in 20 total games for the Bills over the last two seasons. Besides starter LeSean McCoy, the Bills remaining depth at running back on the roster includes Jonathan Williams, Mike Tolbert, Cedric O'Neal, and Joe Banyard.

Though there are some fans nervous about the decision because they're letting Gillislee head to the New England Patriots, I believe this is the smartest decision for Buffalo given their situation.

We can go back and forth about how the Bills shouldn't have painted themselves into the corner that they're in and that it's their own fault that a front-loaded deal could so easily dissuade the Bills from matching, but the fact is there is nothing they can do about it, except to make smart business decisions and get themselves out of that trouble.

Given that Gillislee's new first-year salary would eat up over 20-percent of the Bills' remaining cap room, that he'll be 28 years old by the end of the deal, and because they'll be getting a much-needed fifth-round pick out of the deal, letting the running back go is the best decision for all parties.

Now, Gillislee can get paid the way he wants, he'll probably have a more enhanced role in New England than he would have had in Buffalo and, of course, the Bills can turn the extra cap space and extra draft pick into another much-needed area to address with depth in the fifth-round.

So, while the Patriots will likely inevitably feature Gillislee in one of their two matchups this December and it will sting in the short-term, for the long-term, this is the right move. Compounding past errors in business judgment with more frivolous spending will not get the Bills out of the mess that they're in.

He's certainly a good player, but letting Gillislee walk is the right move for all parties.