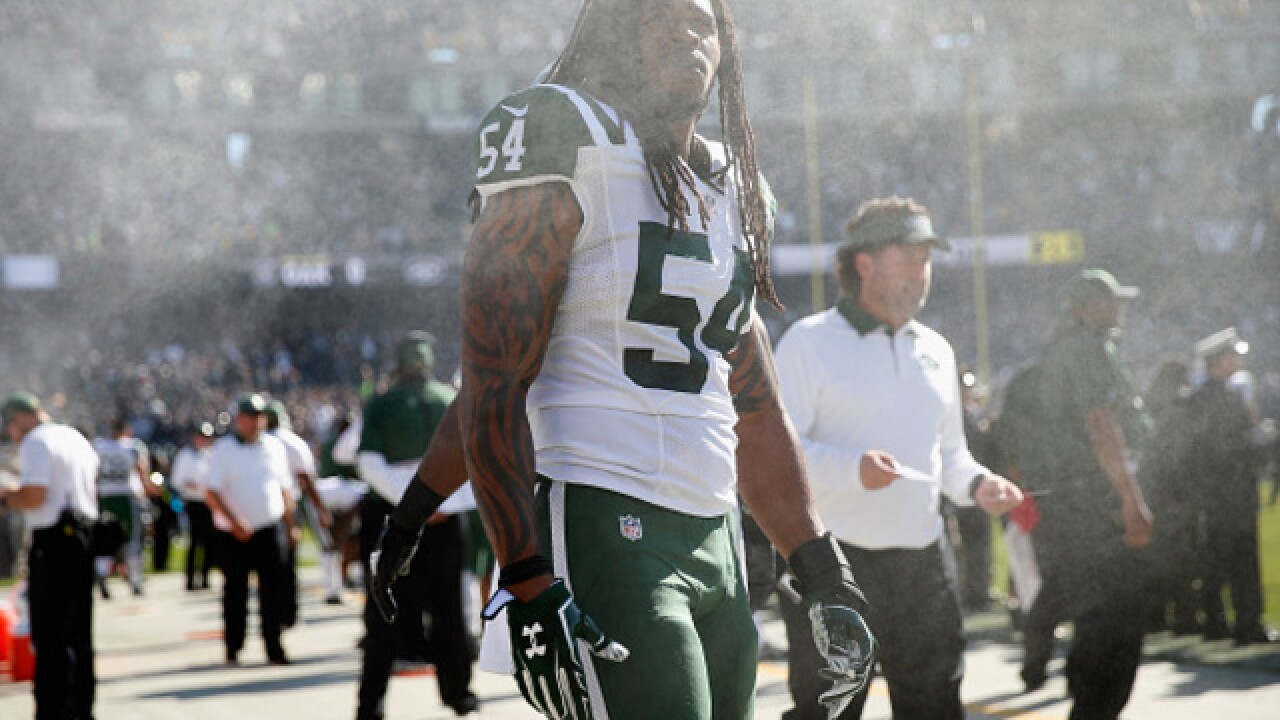 Ezra Shaw
<p>OAKLAND, CA - NOVEMBER 01: Jamari Lattimore #54 of the New York Jets stands on the sidelines before their game against the Oakland Raiders at O.co Coliseum on November 1, 2015 in Oakland, California. (Photo by Ezra Shaw/Getty Images)</p>

On the same day that the Buffalo Bills re-opened their doors for the second week of Organized Team Activities, the team also brought their roster up to the maximum amount of 90 players.

After having free agent linebacker Jamari Lattimore in for a visit, the team has officially signed him to a free agent contract.

Lattimore, 27, spent the 2015 season with the New York Jets, and in the four years before that, served mostly as a backup for the Green Bay Packers. Over his five-year career, Lattimore has just nine starts, and a career total of 98 tackles.

With the signing of Jamari Lattimore to the roster, the Bills have added yet another versatile linebacker with plenty of experience in a 3-4 defensive scheme. While he was never a heavy contributor on the defensive side of the ball in either Green Bay or New York, his experience will put him in the running for one of the final spots on the 53-man roster.

He'll need to outperform players like Eric Striker, Max Valles, and even Randell Johnson to earn his keep, but his playing experience should certainly serve him well as a base for Rex Ryan's defense. Lattimore will also need to flash some ability on special teams in order to crack the 53-man roster.

Having appeared in a total of 64 out of a possible 80 games, Lattimore also has experience on special teams that could give him a leg up in the competition. He'll have to convince the coaching staff that his experience and special teams ability is more of an asset than the potential of a versatile rookie like the undrafted Striker.