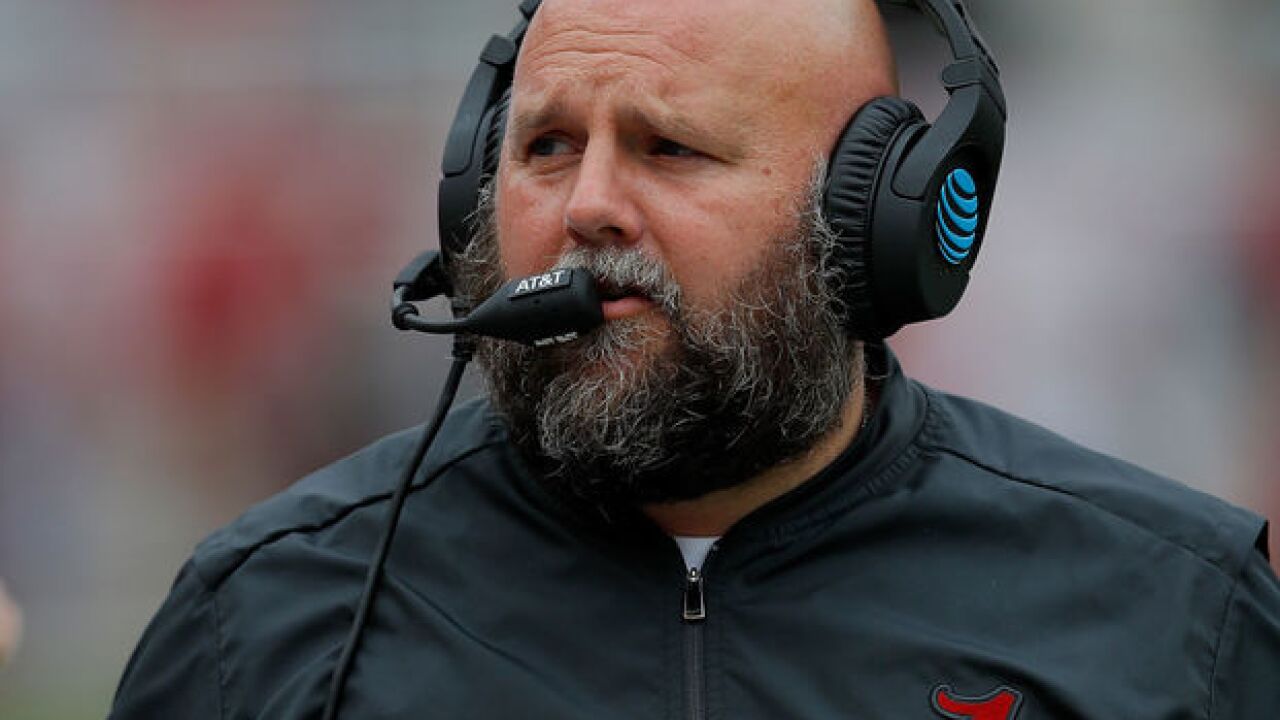 Copyright 2018 Scripps Media, Inc. All rights reserved. This material may not be published, broadcast, rewritten, or redistributed.
Kevin C. Cox
<p>TUSCALOOSA, AL - NOVEMBER 18: Offensive coordinator Brian Daboll of the Alabama Crimson Tide looks on during the game against the Mercer Bears at Bryant-Denny Stadium on November 18, 2017 in Tuscaloosa, Alabama. (Photo by Kevin C. Cox/Getty Images)</p>

The Buffalo Bills have found themselves a brand new offensive coordinator, and one that has championships in back-to-back years, and is also a native of Western New York. That man, is West Seneca's own, Brian Daboll.

The Bills announced the hiring of Daboll on late Sunday afternoon following the conclusion of the Jacksonville Jaguars win over the Pittsburgh Steelers, just a little over 48 hours removed from their decision to part ways with 2017 offensive coordinator Rick Dennison.

"We are excited to hire Brian as our offensive coordinator and welcome him back to Western New York," head coach Sean McDermott said in a team statement. "I know how much this area means to him. He is a good coach and a good teacher and has been a part of winning programs in the NFL and in college."

Daboll, 42, was most recently the offensive coordinator for the University of Alabama, where he won a national championship on January 8. The year before that, Daboll was the tight ends coach for the New England Patriots, who won the Super Bowl last year. That was his fourth season with the Patriots as a member of Bill Belichick's staff.

Before New England, Daboll had three separate stops as an offensive coordinator in the NFL, serving in that role for the Cleveland Browns in 2009 and 2010, with Miami in 2011, and then in Kansas City in 2012.

Daboll is a graduate of St. Francis High School in nearby Athol Springs.

Joe B’s Take
- Considering how many boxes this hire checks, it’s hard to not like how this one shakes out for the Buffalo Bills. Not only do they get an offensive coordinator that has been a member of two consecutive championship coaching staffs, they get someone that is deeply rooted into the Buffalo community, and one that spent his formative years in Western New York.

On the surface, this is going to draw on a lot of emotions for Bills fans seeing a Buffalo guy get his shot in his hometown. However, when you look at where he’s been, the success he has, and the fact that he’s still evolving into the role, you start to like it that much more.

In Daboll’s first go-round as an offensive coordinator in the NFL, he had three stops in four seasons, but at that point in time was a young, up-and-coming coach that was merely 33 years old. It didn’t work out for him then, but having the quarterbacks he had over those four seasons could certainly paint a picture as to what he had been dealing with then:

After that, he went back to Belichick with New England — where he had spent on the Patriots staff from 2000 through the 2006 season, and spent the next four years working with noted offensive coordinator Josh McDaniels. His second stint with the Patriots certainly rubbed off on him as a play-caller, enough so that the top college football coach in the country decided to make him his offensive coordinator with next to no experience in college.

Considering that he worked with two quarterbacks with differing styles while at Alabama, that’s another check of the box for the Bills as they look to find their potential franchise quarterback in this year’s draft. It’s incredibly important to them that the offensive coordinator be able to work with any skill-set, rather than trying to have to pair the quarterback that best fits the system.

Daboll has shown a flexibility with that for much of his career, as well.

As a play caller, Daboll goes with the strength of his team in the ways that he gameplans. In his four seasons as an offensive coordinator in the NFL, he had more run plays in two of those, more pass plays in one, and an even amount while in Miami. Overall through those four seasons, Daboll ran 50.2-percent of the time, and passed it 49.8-percent of the time — as close to an even split as you can get.

Furthermore, he also has a total of 11 seasons working with Belichick, who is the master of exploiting the defensive weakness of the opponent week in, and week out. He spent all that time watching a coach re-invent the way he called games, which players he used — doing all of it almost on a weekly basis.

And don’t forget this point, either: the Bills likely didn’t want Daboll to have a chance to talk with the Patriots should McDaniels take a head coaching job this offseason. He would have been a strong candidate to take over Belichick’s offense in 2018 and beyond.

At the end of the day, who the Bills select as their quarterback will be what helps them sink or swim as an offense next year and beyond that time, but now they have a young, up-and-coming mind who has dealt with as many different quarterback skill-sets as you can find. Now with that type of teacher, and developer, the Bills will hope Daboll — who is their new point man on offense, with the entire show being up to him, can be the one that turns this offense with a young quarterback into one that can win consistently in the NFL.

And a Buffalo guy, no less.