Bills get their man: Vontae Davis reportedly signing with the Buffalo Bills 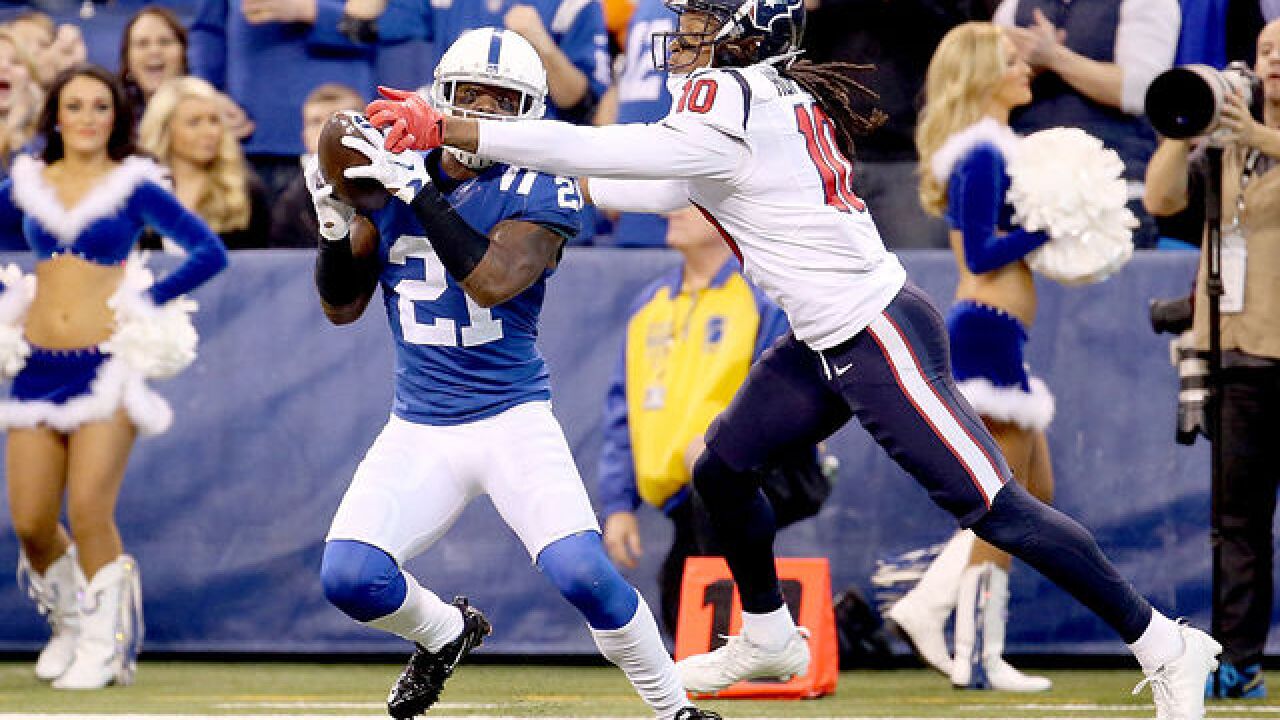 Davis began a free agent tour all over the country with a stop in Buffalo to speak with GM Brandon Beane and head coach Sean McDermott before going anywhere else. After several stops, Davis decided on the Bills to join Tre'Davious White on the roster.

Moments after the news broke, Davis tweeted "#BillsMafia" as an essential confirmation of his decision.

Davis, 29, has already been in the NFL for a total of nine seasons, spending his first three with the Miami Dolphins before really taking off as a high-quality starter in Indianapolis from 2012 through 2016. He has 22 total interceptions… and has four seasons to his name where he’s had at least four interceptions.

Released in November by the Indianapolis Colts, Davis had surgery to correct a core injury and was cleared to play earlier this month, according to ESPN. Due to being released in November, Davis is free to sign with the Bills ahead of the start of the new league year in mid-March.

Joe B's Take (from February 15, the day he made his visit with the Bills)

- For what the Bills are trying to turn their roster into, I can’t overstate how good of a signing this would be for multiple reasons — the first of which is obvious: they get a starting caliber cornerback at a position of need heading into the offseason.

First, a review of Davis the player.

At one point in his Colts career, Davis was underrated and one of the better cornerbacks in the NFL for how he used his great athleticism and strength to match up straight up against a team’s best wide receiver. He was a mainstay in the Colts starting lineup for that very reason.

However, by many accounts, he had a bit of a decline in 2017 — so unless it was due to just injury, it might not be fair to expect that level of play Colts fans grew accustomed to in a man-to-man defense. For the Bills, there’s good news on that front if they want to sign him.

They mostly run a zone defense, and if Davis — who will turn 30 in late May — is shifting into the next phase of his career, the zone can highlight his strengths as a cornerback while covering up for some of the pure speed he might have lost last year in his ninth season as a pro.

Davis is a really aggressive tackler, which is a prerequisite for any cornerback playing in a Sean McDermott defense. Those corners need to be depended on to make a tackle in the open field, and Davis would fit right in there.

How about in zone coverage? Stemming from his days in college, he has the ability to step in and do the job well. Just take a look at this excerpt from his draft profile in 2009 on NFL.com:

“Loose hips to turn and run. Instinctive defender who recognizes the action when playing off-man or zone and closes downhill.”

“Best in off-man and zone coverage where he can watch the action, plant, and drive to the ball.”

Now, it is 2018, but those instincts will likely come into play on the boundary of a Sean McDermott defense.

Outside of Davis the player, the roster maneuvering reason for this signing is probably why I would endorse this move without any hesitation. They cross off three things with one move here.

First, signing Vontae Davis would give them all the motivation to walk away from the oft-injured E.J. Gaines this offseason. While he proved quite serviceable in his lone season in Buffalo last year, Gaines was hurt way too often, and it’s likely he gets paid in the $8-to-$10 million range per season.

Since Gaines is expected to make so much on the open market, he has reached the end of his rookie deal which means the Bills would be in line for a substantial compensatory pick — think third or fourth round — in 2019 in return for losing Gaines. And for a general manager like Brandon Beane that is as committed to establishing that roster building mentality in the Bills organization, that would be a huge checkmark on his to-do list for the offseason.

Furthermore, by signing Davis, it would not count against the Bills’ compensatory formula towards 2019. Davis was released before the completion of his contract, so the Colts would be due no compensation for ending their partnership with him — and in turn, the Bills wouldn’t have to use Davis’ contract against them, so they wouldn’t have to worry about him cancelling out the potential pick for Gaines, wide receiver Jordan Matthews, or even middle linebacker Preston Brown.

Lastly, it fills an immediate need with a starter. The Bills could get along in 2018 with a trio of Tre’Davious White, Vontae Davis, and Leonard Johnson (if they re-sign him) without losing much if any of the production that they received from the position in 2017.

And with so many needs popping up all over the roster, finding a free agent to fill a starting role and focusing your draft resources elsewhere would be quite the job done by Brandon Beane — and without spoiling the compensatory formula to do so.

For those reasons, if the Bills were to sign Vontae Davis, I believe it would be a home run in the month of February.