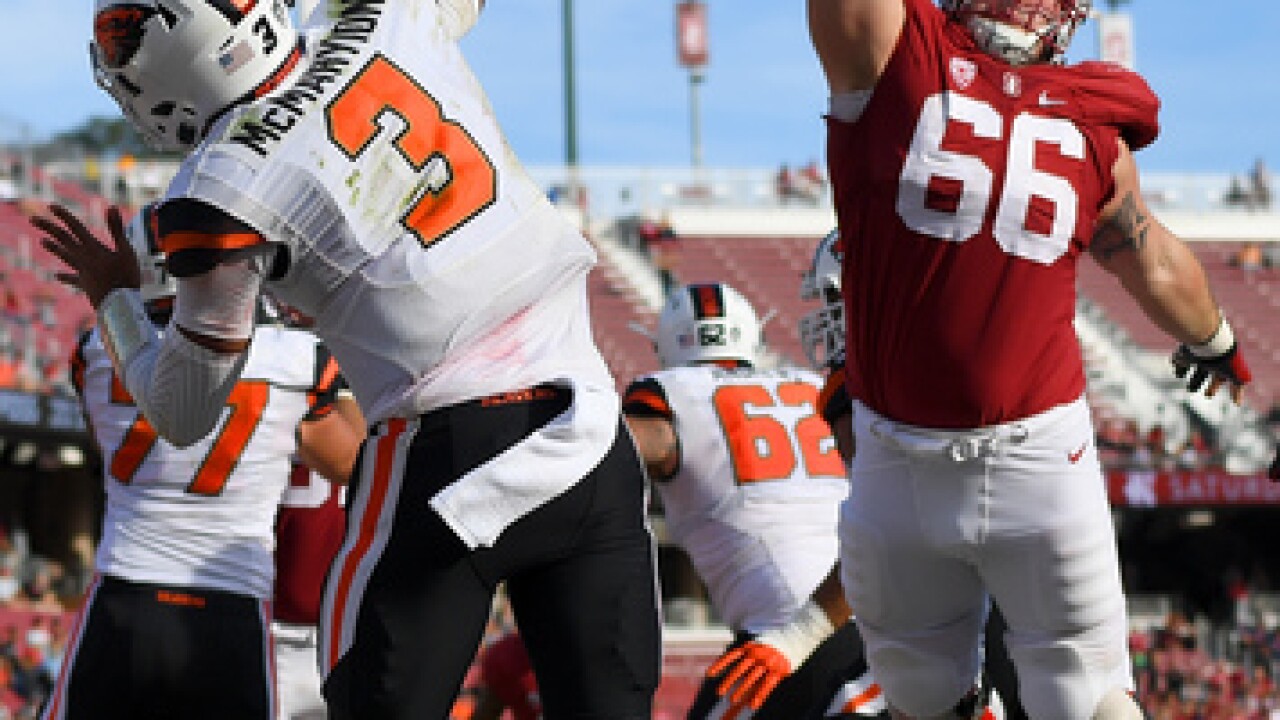 Copyright 2018 Scripps Media, Inc. All rights reserved. This material may not be published, broadcast, rewritten, or redistributed.
Thearon W. Henderson
<p>PALO ALTO, CA - NOVEMBER 05: Marcus McMaryion #3 of the Oregon State Beavers gets his pass off under presure from Harrison Phillips #66 of the Stanford Cardinal during the fourth quarter of their NCAA football game at Stanford Stadium on November 5, 2016 in Palo Alto, California. (Photo by Thearon W. Henderson/Getty Images)</p>

With just one pick on Friday night in the 2018 NFL Draft, the Buffalo Bills found a defensive lineman.

The Bills selected Harrison Phillips in the third round as the 96th overall pick. It was their only pick of the night following their two trades on Thursday with the Tampa Bay Buccaneers and Baltimore Ravens.

Phillips played in 34 games over four seasons with Stanford. During his senior season, he recorded 103 tackles, 7.5 sacks, 17 tackles for loss and two forced fumbles. He missed the majority of his sophomore season after a season-ending injury.

Phillips joins QB Josh Allen and LB Tremaine Edmunds, both of whom were selected in the first round Thursday night, as part of the Bills' 2018 NFL Draft class.