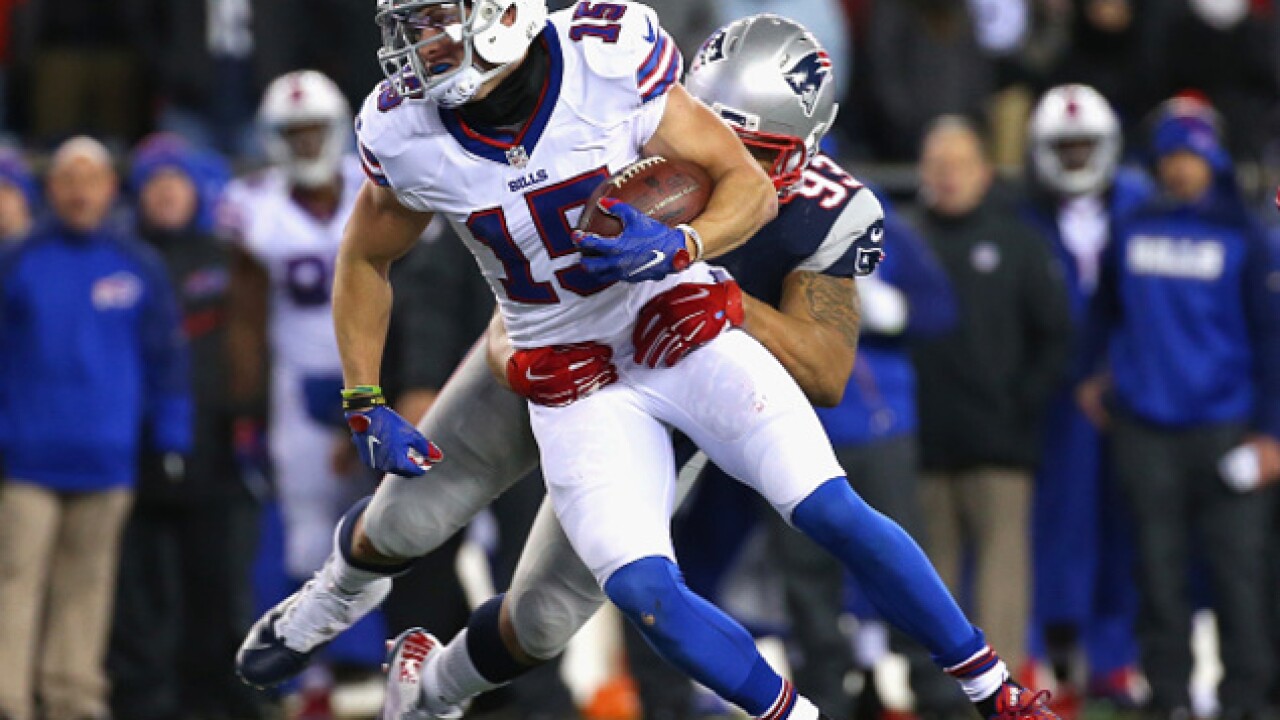 Jim Rogash
<p>FOXBORO, MA - NOVEMBER 23: Chris Hogan #15 of the Buffalo Bills is tackled by Jabaal Sheard #93 of the New England Patriots during the fourth quarter at Gillette Stadium on November 23, 2015 in Foxboro, Massachusetts. (Photo by Jim Rogash/Getty Images)</p>

On Monday, the Buffalo Bills made wide receiver Chris Hogan one of three restricted free agents that they put a protective tender on in the event that another team would try to steal him away. That appears to be exactly what's happening with Hogan -- and now he has been successfully stolen from the Bills.

According to multiple reports, the Bills have elected to not match the offer sheet that the New England Patriots signed Hogan to early Friday morning, which means, the wide receiver is now a member of the AFC East rivals.

The Patriots signed Hogan to a three-year, $12 million offer sheet that will have a high amount of guaranteed money. ESPN's Adam Schefter reported that the three-year offer sheet will feature a $5.5 million salary cap hit for the 2016 season.

With a $5.5 million cap hit for the upcoming season, the Bills would have been left with under $1 million in current cap space -- making their ability to match the offer sheet highly unlikely.

The Bills chose to use the lowest possible tender on Hogan, which gave them a cap hit of $1.671 million, and in doing so they only assured themselves the right of first refusal for the wide receiver. The Bills did not match the offer sheet, and because it's the lowest tender, they will receive no draft pick compensation from New England.

The Bills were unable to retain Hogan and will save approximately $1.115 million on the 2016 salary cap. It brings the total cap room available to the Bills to approximately $5.6 million.

Hogan, 27, has 77 receptions, 776 receiving yards, and six touchdowns over the past two seasons for the Bills.