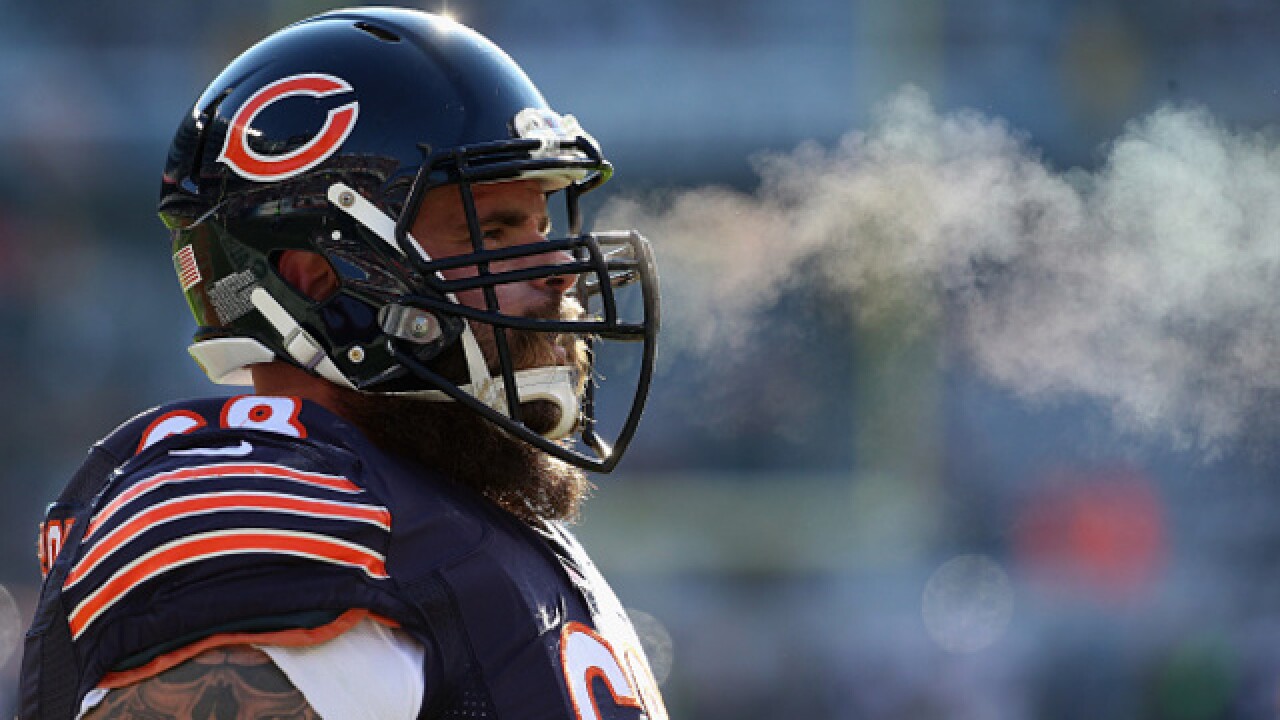 Jonathan Daniel
<p>CHICAGO, IL - NOVEMBER 22: Matt Slauson #68 of the Chicago Bears particiaptes in warm-ups before a game against the Denver Broncos at Soldier Field on November 22, 2015 in Chicago, Illinois. The Broncos defeated the Bears 17-15. (Photo by Jonathan Daniel/Getty Images)</p>

Earlier in the week, it was reported that the Buffalo Bills would host free agent offensive lineman Matt Slauson on an official visit. That visit was confirmed by the team on Friday morning, with the team hopeful to sign him for some much needed offensive line depth.

Slauson just got done with a free agent visit in San Diego, so will he take up the lone remaining vacant roster spot? After practice, head coach Rex Ryan played it coyly with a big grin on his face.

Slauson and members of the Bills coaching staff have quite a history over his years in the league.

"It was good to see him out here," Ryan said. "Obviously he’s a guy we’re very familiar with. You have him do the physicals, you have him do different things to see where he is that way, but you know, he played for [Bills offensive line coach Aaron] Kromer, and obviously I had him with the Jets."

Slauson spent three seasons with Rex Ryan in New York, and then another two seasons with Kromer as a member of the Chicago Bears.

According to ESPN the Bills are looking at Matt Slauson as a right tackle, and if they were to sign him, he would factor in immediately to the starting competition for that position with Jordan Mills, Seantrel Henderson, and Cyrus Kouandjio.