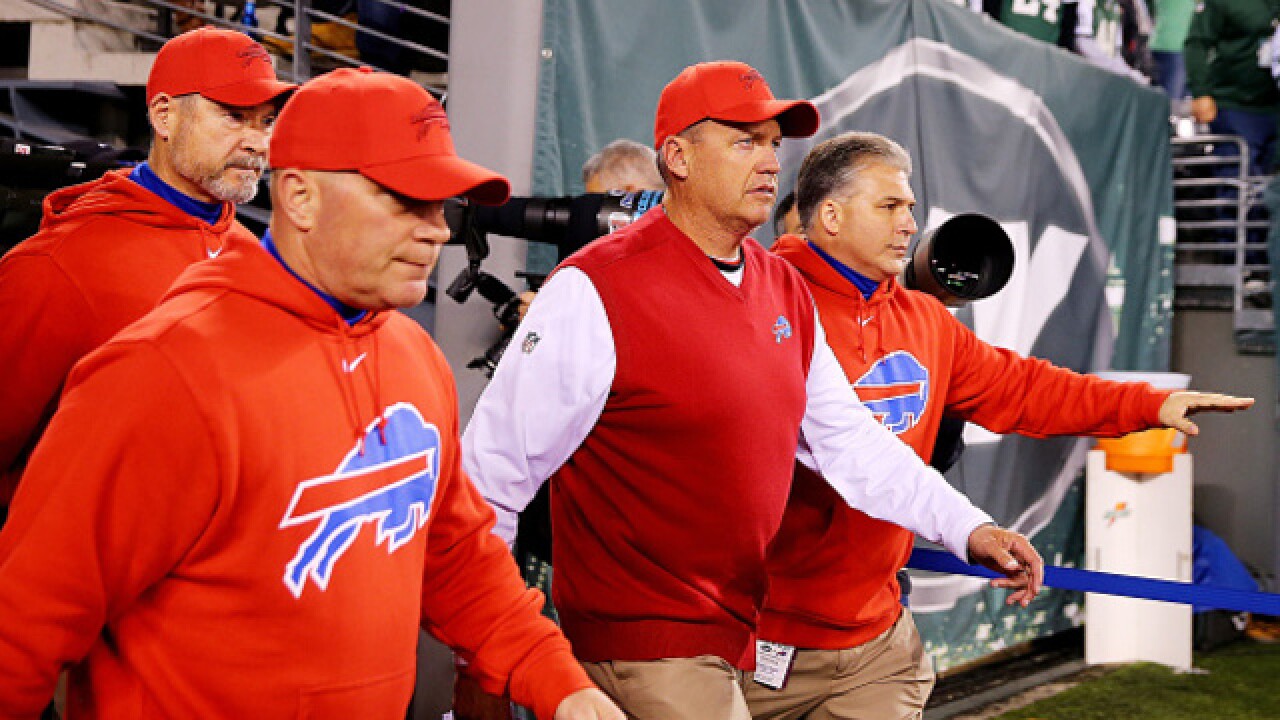 Elsa
<p>EAST RUTHERFORD, NJ - NOVEMBER 12: Head coach Rex Ryan of the Buffalo Bills walks out onto the field prior to the game against the New York Jets at MetLife Stadium on November 12, 2015 in East Rutherford, New Jersey. (Photo by Elsa/Getty Images)</p>

The Buffalo Bills have officially unveiled their offseason workout schedule for 2016, giving the first look of what their team will look like for the upcoming season.

The offseason workouts will extend from April 18 through June 16 with various days off, before the team heads back to St. John Fisher College for training camp in late July.

The dates to know, along with an explanation of each of the offseason events:

What is it? Voluntary for players, the event is fairly self-explanatory. The team works with the coaches and training staff in off-field activities: stretching, sprints, weight room, etc. It's also the first time for some of the new faces to acclimate themselves with their teammates.

Monday, May 2 through Thursday, May 5

Monday, May 9 through Thursday, May 12

What is it? This is the first chance for players drafted by the Bills, signed in the undrafted free agent period, second-year players that don't have much regular season experience (normally practice squad players), and even some tryout players. Rookies that still have school examinations are exempt from attending.

Friday, May 6 through Sunday, May 8

What is it? Organized Team Activities, or more commonly referred to as OTAs, is the first time for teams to get their players on the field for an actual practice in the offseason. The event is voluntary for all players, as per the Collective Bargaining Agreement, but attendance to these workouts are encouraged, and usually yield a high percentage of players that show up. It's also a time for lesser known players to catch the eye of their coaches weeks ahead of training camp. These are non-padded practices, and teams get 10 in total per offseason.

What is it? As you can tell by the title, this is the first time of the offseason that players must be in attendance for workouts. Like OTAs, mandatory minicamp features on-field workouts, very much like practices. They are not padded practices, and teams get three of them per offseason. These are the last workouts until the team reconvenes for training camp in late July.