Benched and humbled, Buffalo Bills guard John Miller went back to his roots to get ready for 2018 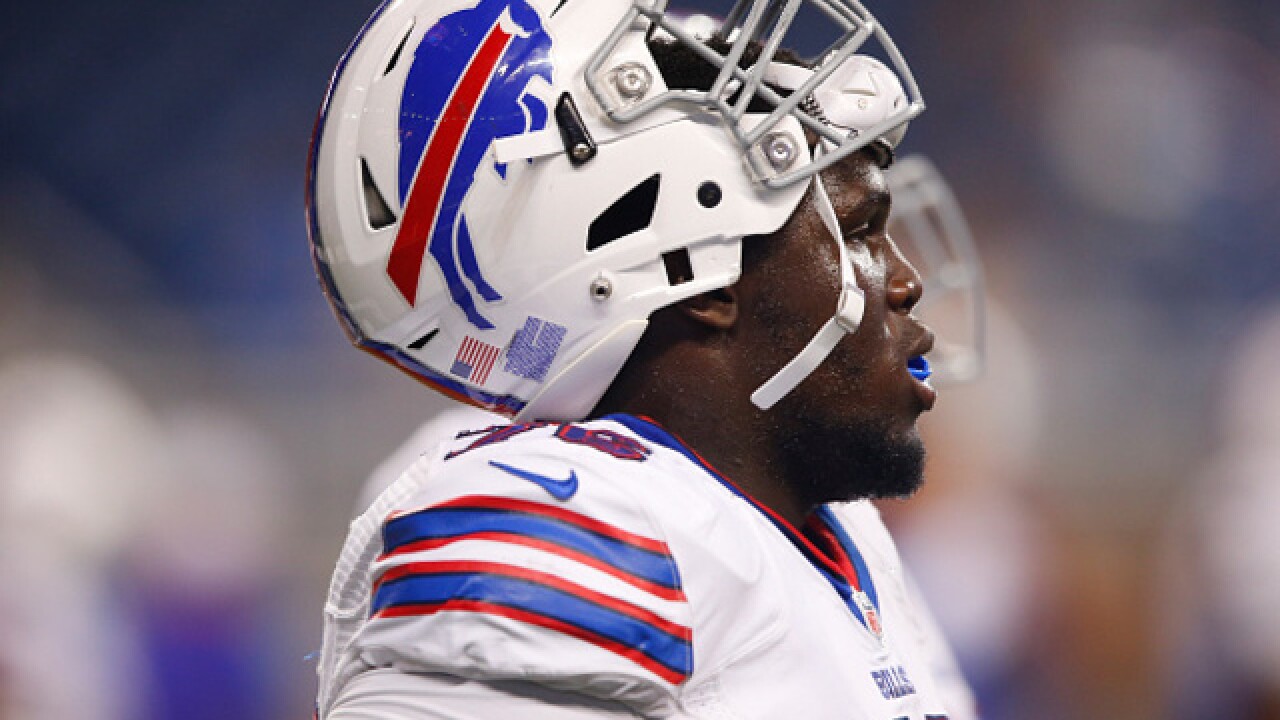 Leon Halip
<p>DETROIT, MI - SEPTEMBER 3: John Miller #76 of the Buffalo Bills watches the action from the sidelines during the preseason game against the Detroit Lions on September 3, 2015 at Ford Field Detroit, Michigan. The Lions defeated the Bills 17-10. (Photo by Leon Halip/Getty Images)</p>

Two years ago, John Miller was on track to be a longtime starter in the National Football League. After battling both a physically and mentally challenging rookie season in 2015, the right guard took a significant step forward in 2016 and played nearly as well as any offensive lineman on the team.

His future had a radiance to it, and the Bills looked like they hit on their third-round pick in 2015. And then, the Buffalo Bills fired head coach Rex Ryan along with the majority of his staff.

Once that massive change in the organization occurred, the footholds that some of the young players -- like Miller -- had on their roles were no longer guaranteed. And just like that, Miller went from being the locked in starter with one staff to a toe-to-toe competition in front of the new coaches.

Miller won the job coming out of training camp, but the Bills kept the competition with Vladimir Ducasse open as the regular season started. Four games into his third season, Miller was benched for the first time in his professional career, and never saw the field again in 2017.

From such a bright standing not even a year prior, he learned first hand of the harsh reality that exists inside professional football -- nothing is guaranteed.

"It was on me. I kind of let myself down in a way. Unfortunately, with that, I kind of feel like I let the team down as well," Miller said Thursday. "I lost the job. I own up to that, and I take full responsibility for that."

In response to such a stark experience, Miller's fight or flight instincts kicked in -- and he did the one thing he knew could re-center him entering the fourth and final year of his rookie contract with the Bills.

He went home to Miami, Florida to be with his family. He went back to his roots. And most importantly, he got back to being himself again.

Over the course of the next three months, he trained hard, focused on the little things with his technique on the field, and was on a mission to get bigger, stronger, leaner. Most importantly, he recharged his batteries mentally with the help of his family -- and namely, his father, Johnnie Green.

Johnnie and John have as tight of a bond as you'll find. John's mother passed away during his rookie season when the Bills were out in London in 2015. Johnnie lost his mother a couple of years ago, too. It's only brought them closer together.

"The biggest thing is my father is like my backbone," Miller said. "We're pretty much all we've got, so that's what I stand on."

And to endure a season like the one he did in 2017, Miller found himself relying on the man he calls 'his rock' once more -- the same one that introduced football to him at the age of seven. He found himself re-hearing a lesson that his father taught him back in high school when Miller had just gotten to a new school and was struggling at even the Junior Varsity level.

Green also imparted another piece of wisdom to his son during the trip back home to Miami, and it stuck with Miller all the same.

After accomplishing the mission to get back to being himself this offseason, Miller is back in Buffalo with a fresh attitude, a grounded perspective about what happened in 2017, and a maturity that you can't help but notice entering his fourth season.

"It was tough. It's a growing experience. It's a very, very humbling experience. But you know what? I grew from it," he said. "What I found about myself is I never doubted myself. Not one time. So I learned a lot about myself and who I am, and the person that I want to be on and off the field."

And just as the cruelty of the turnover within the NFL played a role in claiming Miller's spot in 2017, two unexpected retirements along the offensive line has given Miller a new lease on his roster life. As Organized Team Activities were opened up to the media for the first time on Thursday, there was Miller -- back in a spot we've grown quite accustomed to seeing over the past three seasons.

Miller was lined up at right guard with the first-team offense and seemingly has a chance to regain the starting job he lost so soon into last season. All the while, he's adapted Sean McDermott's 'trust the process' and 'growth mindset' ideologies by parroting them over the course of a ten-minute interview.

And with his offseason process, he effectively hit the restart button to not only reclaim his starting spot but to put his career back on the track it was on before 2017 ever began.