At long last, the Buffalo Bills rebuild is here 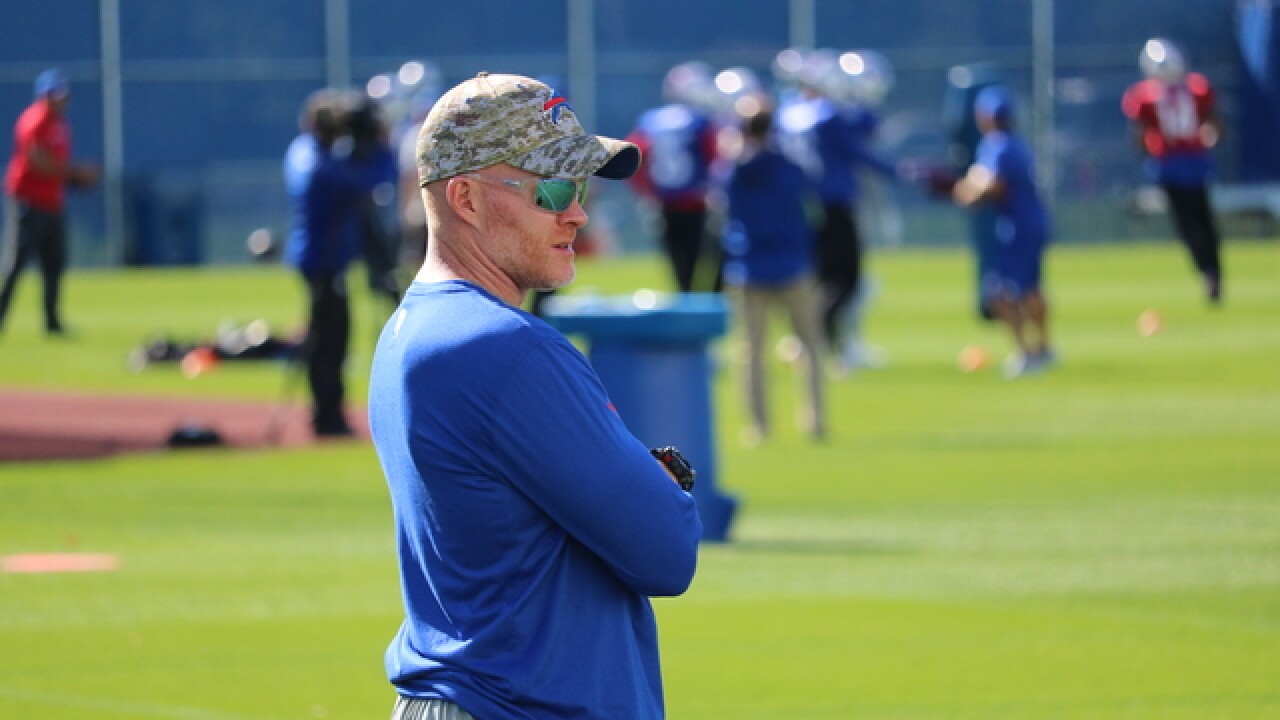 Let's play a little bit of the reversal game, shall we?

Let's say this year's results for the Buffalo Bills, through two weeks, were seen last season. Back then, it was the first year of the Sean McDermott and Brandon Beane era with the organization, and fans were mostly prepared to deal with a long journey for sustained relevance.

Most fans wouldn't have batted an eye. Cheers of "process!" would have rained down from almost every nook and cranny of the fan base -- whether it be on social media, out and about in restaurants and bars, or just in a genuine conversation amongst friends via text.

Except, a funny thing happened.

The Bills -- in a down year in the AFC and with some luck on their side -- had the talent necessary to make a push for the playoffs. And wouldn't you know it, they did just that -- ending the very drought that defined the franchise since the turn of the century.

Along the way, fans finally got that winning feeling back again. For them, it felt good. Damn good.

Most fans remember where they were when the Cincinnati Bengals pulled ahead of the Baltimore Ravens to help the Bills secure a playoff spot in Week 17. Emotions were high, as they should, considering the drought that took that long to break.

And while the team will never admit it publicly, 2017 even caught the Bills by surprise -- not just the fans. But once it got to a certain point -- most likely right after a two-game winning streak in late October to bring them to 5-2 -- the Bills repurposed themselves from their original thinking for the season.

The 'we've got a real shot at ending this drought,' line of thinking permeated throughout the building. That wave captured everyone, even to the point of the Bills pulling off a trade for wide receiver Kelvin Benjamin moments before the trade deadline was set to expire.

They took a few odd twists and turns through the remainder of the season, but ultimately, they accomplished their repurposed goal and got the monkey off of their backs.

Now, why am I taking you on a trip down memory lane?

It's simple. To reinforce the point that the goals of the franchise have not changed since they brought in Sean McDermott and Brandon Beane to be their head coach-general manager pairing.

Frankly, this is a retooling that is long overdue for the Bills franchise. For years -- decades --  the operation has revolved around patching holes on the side of the boat while ignoring that one of the baseboards on the foundation was missing.

I'll let you guess which position on the roster is that baseboard. It may or may not rhyme with 'schmuarter-schmack.'

So while some portions of the fan base are twisting in the wind with how poorly the Bills looked in the first two games, and the 0-2 start to the season -- even to the point of some clamoring for McDermott or Beane's job, the Bills aren't fazed.

Despite a winning season and a playoff berth, the Bills still managed to get into the top ten of the 2018 NFL Draft and came away with a quarterback that the entire organization believes in. My gawd, that's Josh Allen's music.

They fixed the salary cap by taking the dead money medicine in 2018, and are set up to make some moves in the offseason with a ton of cap space. They've also re-tooled much of the staff around the building for a less leaky, and a much more communal team.

Everything that Sean McDermott and Brandon Beane have promised owners Terry and Kim Pegula, they've made it happen.

And that's why they're okay with losing this year. That's why the primary decision makers for the Bills all believe that 2018 is about building a foundation for something more significant in the future. They know full well the roster isn't where they want it to be.

Don't believe me? Submitted to the court, separate quotes as part of different answers to different questions, from head coach Sean McDermott -- all within the past eight days:

"As far as our overall roster, we’re still in the second year here so we’re still trying to get this thing right and continue to build for the future here."

"Well like I said, overall, this roster, we’re just in the early part of the second year here. So to say it’s a finished product would be not being honest with you. We’re early in the stages here of getting this thing going the right way, and we’re going to continue to look at things."

"We’ve got a young team in a lot of ways, and we’ve got some older guys that have been around. But overall, our team is young. We’ve got a lot of first and second-year players out there getting meaningful moments, meaningful reps and experience. We have to continue to create fertile ground around here so they continue to develop. And we’ll learn from that tape, I’m convinced of that."

"Well, we're a work in progress as you can tell. We've got some young guys. We'll learn from the tape. Nobody said it was going to be easy."

"There's growing pains going through this, and like I said, nobody said it was going to be easy."

"Build for the future," "early stages," "work in progress," "growing pains," "sometimes there's a lag," "early in the second year," "nobody said it was going to be easy."

McDermott's message is clear, even if he doesn't come right out and say it. While losing in the way that they did through the first six quarters of the season isn't what they wanted, they knew deep down that wins might be hard to come by in 2018.

The Bills are affording their young players the time to grow while trying to figure out who can play a part in their future. 2018 isn't about 2018.

2018 is about their goal they sold Terry and Kim Pegula on when the Bills hired them in 2017. So those that begin to think that McDermott could be fired sometime this year need to think again.

These are merely the early days of a long-term project. It's also the same reason that, if the losing persists as it's on pace to do, the Bills should look to sell off the veteran commodities that they don't have signed past 2019.

LeSean McCoy, Jerry Hughes, Charles Clay, Kelvin Benjamin -- these are all names that the Bills should look to trade if they don't have a future in Buffalo or if their window doesn't coincide with the team's vision for the future.

No one knows if all of this will work, but at least they're honest with themselves as to what they are in 2018.