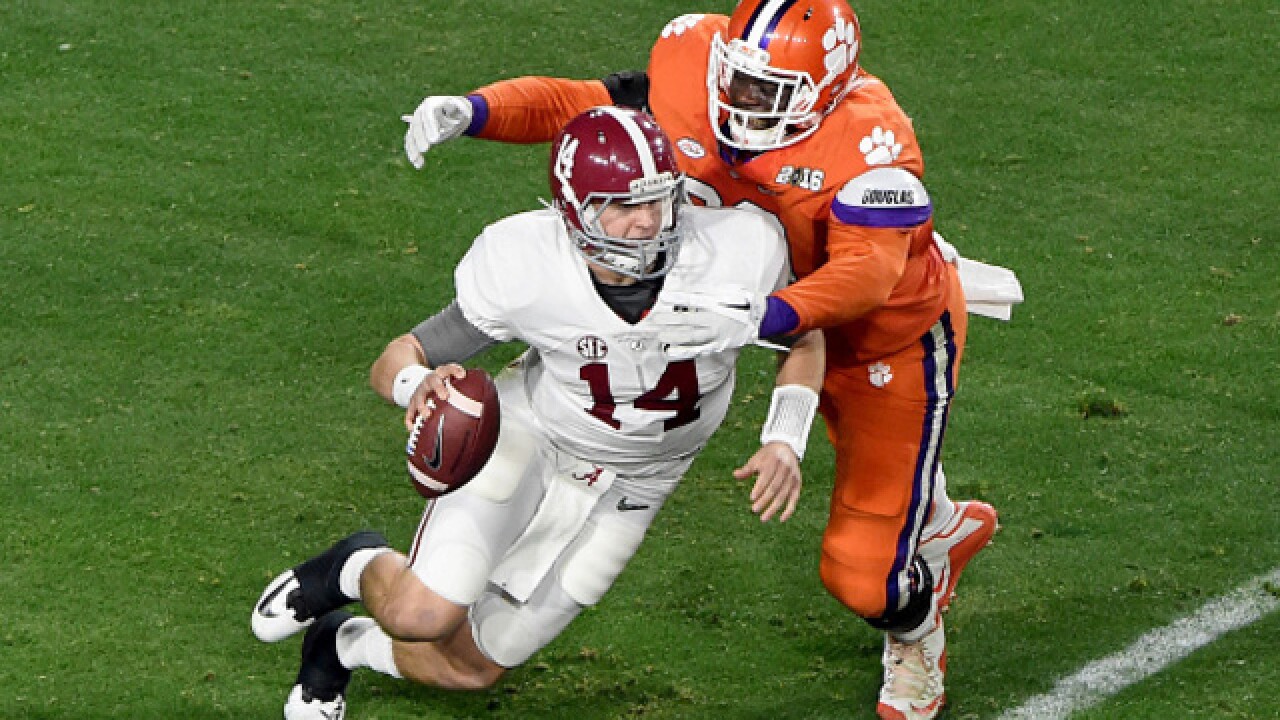 When it was their turn on the clock in the first round, the Buffalo Bills said they were astounded to see Clemson edge rusher Shaq Lawson still available to them. Lawson, who racked up 12.5 sacks this past season for the National Champion runners-up, was thought by most to be the second best pass rushing prospect available in the 2016 NFL Draft.

So, what are the Bills exactly getting in Lawson, and what type of player can fans expect to see?

Here are seven facets (with video) to Lawson's game, which is why he ended up becoming the Bills first-round pick in 2016:

- Size, speed, and strength are all well and good, but for an edge rusher teams look for a player who will never give up in their pursuit for a quarterback. Here in the national championship against Alabama, you see Lawson do just that. His initial move was thwarted, but he kept his eyes on the quarterback, kept the offensive lineman off of his pads, disengaged and brought down the quarterback.

- You might have heard Bills GM Doug Whaley say this in his description of Lawson's game, but here's what is in plain sight. Lawson uses a bull rush and his natural strength to hit the blocker, pushes off to get the blocker away from his pads, and then uses his closing speed to take down the ball carrier -- whether it be a quarterback, or in this case, a running back. This is Lawson's key component to his pass rushing repertoire.

- Lawson doesn't use this move all the time, and he doesn't have the same bend as some of the quicker pass rushers out there, but he capably dips his shoulder underneath the outstretched arms of the blocker. This helps him not only get by the Louisville offensive lineman in this example, but the shoulder dip helps reduce the time and distance to successfully get to the quarterback.

You saw it a bit of his strength in the second example, but this is just a show of how strong Shaq Lawson actually is. He's not even in the play, but going one-on-one against Alabama left tackle Cam Robinson (6-foot-6, 300-pounds), he rips him down like he's a running back. By the way, Robinson is viewed as one of the top offensive tackle prospects for the 2017 NFL Draft at this point.

- This one takes a little bit of explaining. Not too long before this play, Lawson injured himself and looked to be favoring his right shoulder. The freshman Roderick Johnson recognized this, and started leaning on the shoulder and grabbing a hold of Lawson. Even on the play right before this one, Johnson had a great rep on Lawson. However, Lawson saw right through what Johnson was doing and made him look silly with a clean spin move into the backfield. That was a catalyst for an extremely successful rest of the game for Lawson.

- Among other things, Lawson shows how smart of a player he is on the field. He rarely loses sight of his responsibilities, which set him up quite well on this play. Lawson saw the read-option from Alabama and smartly held his ground, then once he saw the hand-off was a fake and the quarterback held on to the ball, Lawson reacted and used his closing speed to bring him down for a big loss.

- His edge contain was shown a little bit on the last play, but even more so on this one. Lawson crashed from the right side of the line, and quickly took away any ideas the running back had to bounce it outside. Instead, he forced the run back into the rest of his defense, and when the runner hesitated, Lawson closed in and struck to force a lost play on a first down during a tie game.