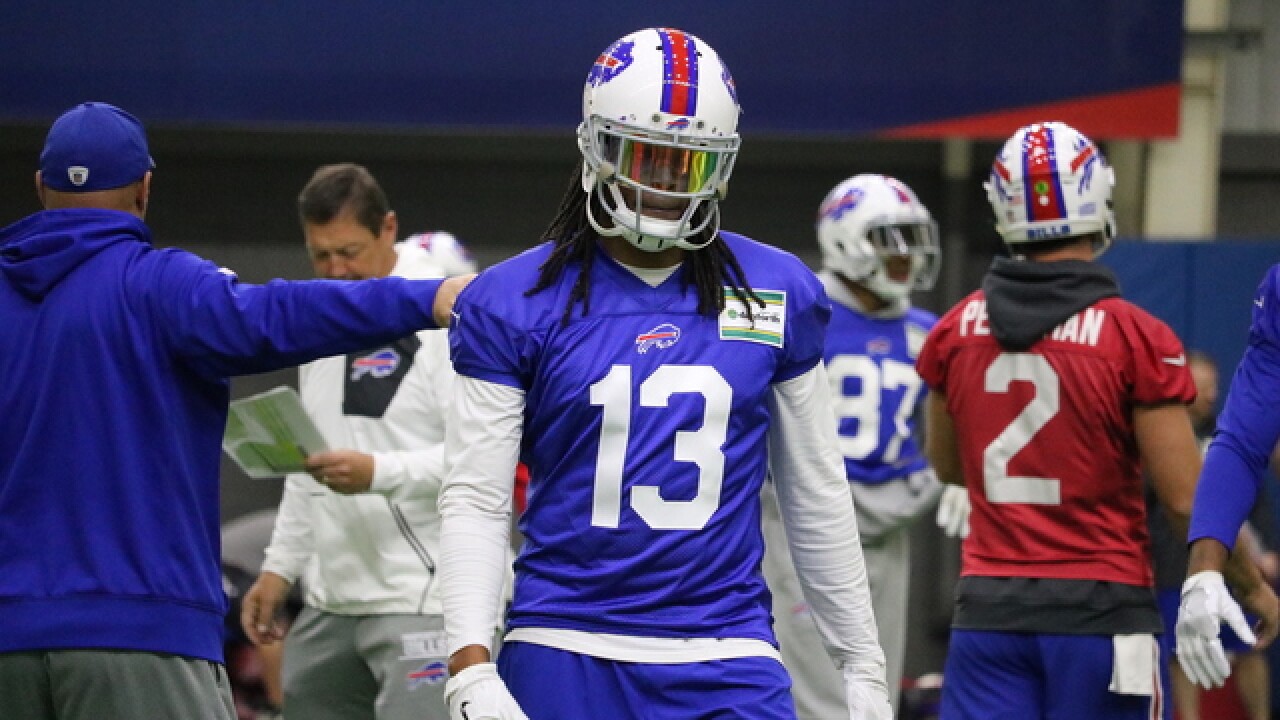 Benjamin, originally drafted by the Carolina Panthers with their top pick in 2014, was traded to the Bills just moments before the 2017 trade deadline in an effort to boost the offense for a playoff push. Marred by injuries and a lack of production, the Bills chose to go younger at the position rather than to allow Benjamin to play the final four games of the 2018 season.

In addition to Benjamin being released, wide receiver Andre Holmes was also let go. The Bills elevated both defensive end Mike Love and cornerback Denzel Rice from the practice squad with the vacant roster spots. They still have one open roster spot remaining.

Benjamin struggled in his time with the Bills, and the past weeks have seen his snaps decrease with each game. He finished his 2018 season in Buffalo with only 23 receptions for 354 yards and one touchdown.

- Rather than to wait for the offseason to make their declaration that they'd be moving on from wide receiver Kelvin Benjamin, the Bills made the move just three-quarters into the season -- and they were right in doing so.

Benjamin has been a tremendous disappointment in the 2018 season. Early in the season, Benjamin didn't show the effort you'd normally want to see out of a starting player getting that many snaps. Once he got that turned around about a month or so into the season, Benjamin's production still wasn't there, which makes you wonder if maybe the injuries have taken their toll on the former first-round pick over the years.

After all, he has had multiple knee injuries and is one of the biggest receivers in the NFL, so it wouldn't be a stretch to think that the pairing hasn't been conducive to the prolonging of his productive career. Making matters worse, his calling card as a receiver -- contested catches -- was no longer going his way, as Benjamin dropped several key passes throughout the campaign.

If he isn't catching contested passes, not winning on his routes, and there is no future for him in Buffalo, then the writing was on the wall.

From the Bills' perspective, they had to be sure of a few different things. First, they needed to see if the light was ever going to go on for Benjamin with Josh Allen as the quarterback. With a total of eight opportunities to do so, it was clear that it wasn't a good fit and the Bills have since seen a few young players improve along with Allen that made Benjamin ultimately expendable.

It was also a just in case valuation too, because if the light did go on for Benjamin at some point, it could potentially make him into a more attractive unrestricted free agent. And while it was unlikely that they would have so little net-gains in free agency that it would yield a compensatory pick for Benjamin, it was still prudent of them to keep the door open a bit longer.

Now with Benjamin's free agent value plummeting, along with his value to the Bills doing the same, GM Brandon Beane owned up to his mistake of trading for Benjamin and excavated him from the roster. It was a miss for the GM, but one that he rightly owned up to before it cost the Bills' younger players worthy of time on the field any more time off of it.