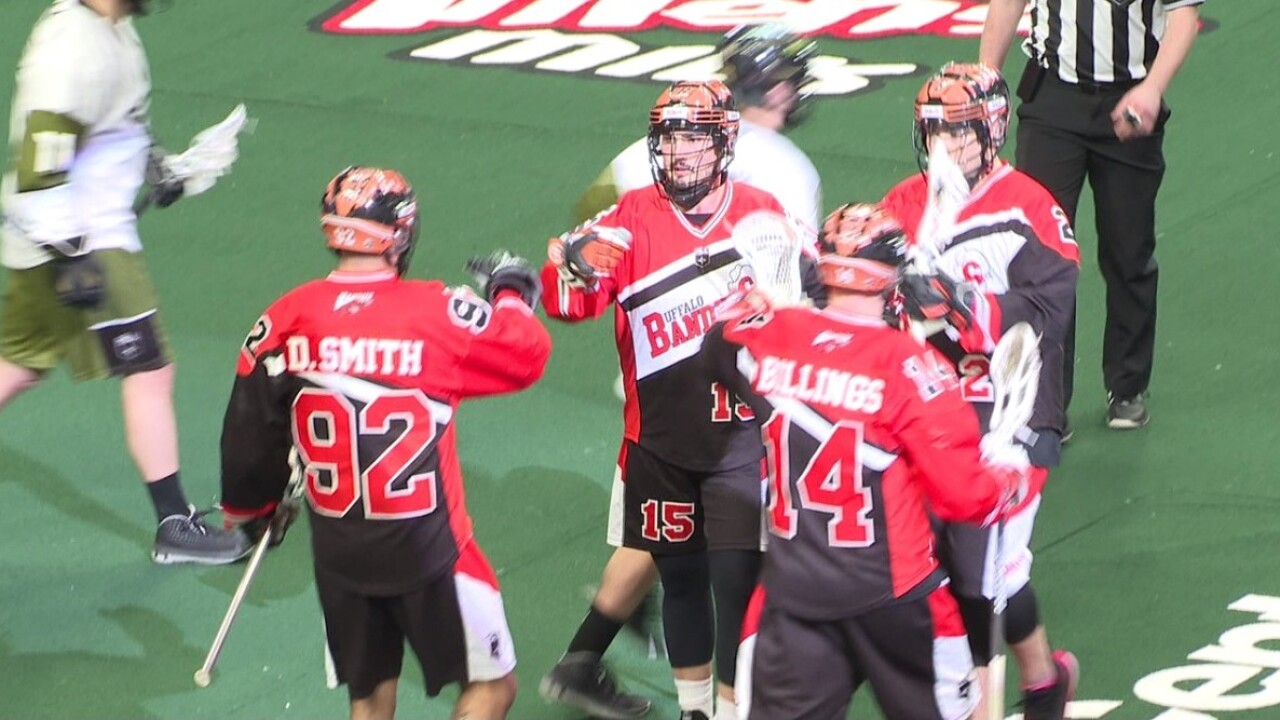 BUFFALO, N.Y. (WKBW) — The Buffalo Bandits traveled west to take on the Vancouver Warriors Friday night and came away with their fifth straight win.

Playing without the team captain and leader of the defense Steve Priolo, the Bandits got off to a quick start holding a 4-2 lead after the opening quarter.

Vancouver tied the game 4-4 early in the second quarter but the Bandits scored five straight to take a 9-4 lead into halftime.

The Warriors cut the lead to 11-8 late in the third quarter, but Buffalo scored four straight and didn't allow a goal in the fourth quarter on their way to the 15-8 win.

Following the fifth straight win the Bandits travel to Toronto to take on the Rock Sunday at 3 p.m.