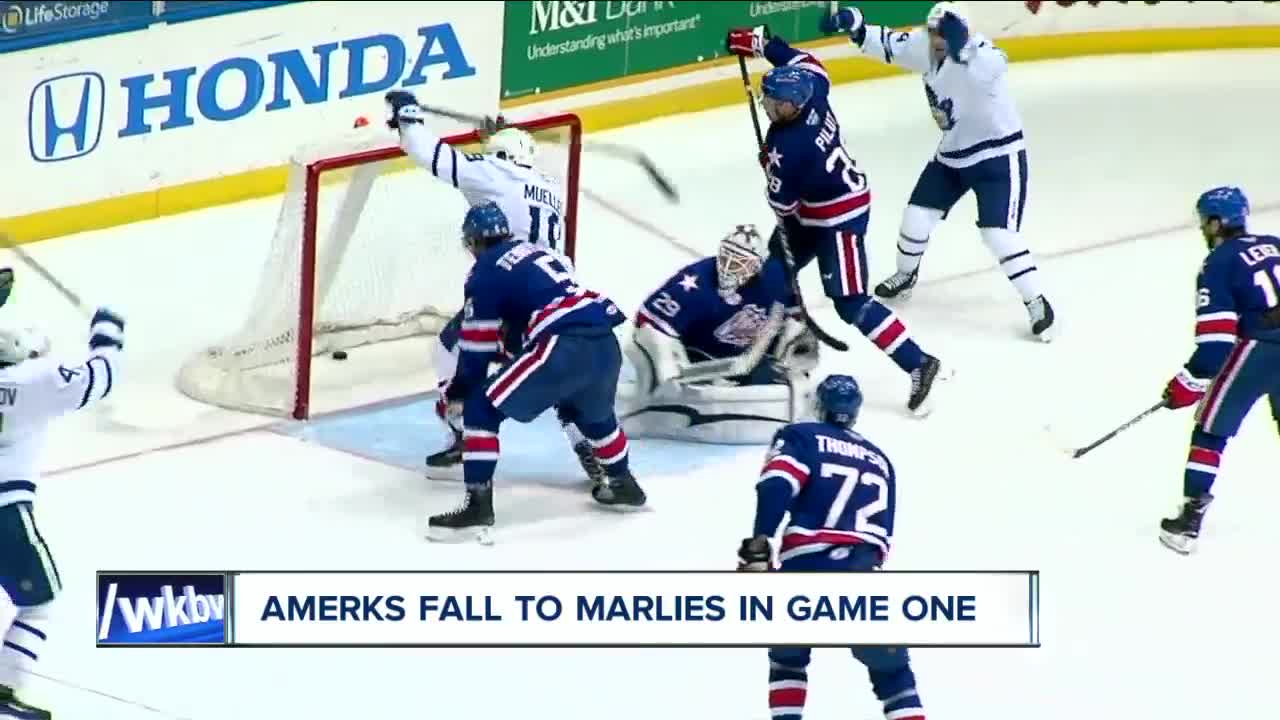 Despite winning five of their six matchups during the regular season the Rochester Americans opened the postseason with a loss, falling to the Toronto Marlies 4-1.

ROCHESTER, N.Y. (WKBW) — Despite winning five of their six matchups during the regular season the Rochester Americans opened the postseason with a loss, falling to the Toronto Marlies 4-1.

Former Sabre and Amerk Nick Baptise opened the scoring for Toronto in the second period.

In the final minutes of the middle frame, West Seneca native Chris Mueller redirected a shot from Rasmus Sandin to double the Marlies lead. Mueller scored again in the third period on the power play to make it 3-0. Adam Brooks added a shorthanded goal for Toronto in the final minutes to give the Marlies their fourth of the evening.

Tage Thompson scored the lone goal for the Amerks late in the game.

The two teams meet again for game two on Sunday at 3:05 p.m. once again at Blue Cross Arena. Game three and four [if necessary] will be in Toronto. If needed, the Marlies and Amerks would return to Rochester for the deciding game five of the series.