'A dark past': MVPs say time to pull Landis name off plaques 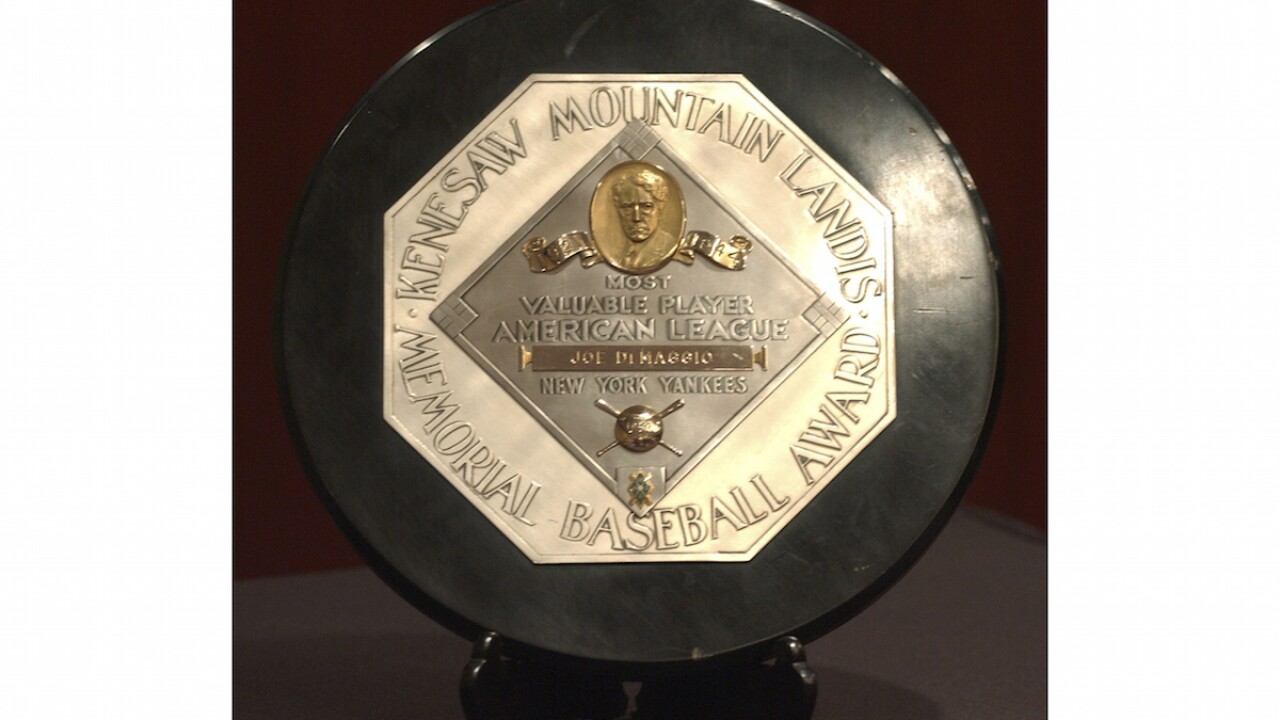 Copyright 2020 The Associated Press. All rights reserved.
JENNIFER SZYMASZEK/AP
A Joe DiMaggio 1947 MVP Award Plaque is displayed at a press conference, Jan. 23, 2006, in New York. The plaque which has an estimated value of $150,000-$250,000 is one of the 1,000 items that will sold from the personal collection of baseball legend Joe DiMaggio on behalf of his family in May 2006. (AP Photo/Jennifer Szymaszek)

NEW YORK (AP) — As monuments, statues, and memorials around the world come under increased scrutiny, some former Most Valuable Players in Major League Baseball are saying they'd like to see a change in future MVP plaques.

The trophy is engraved with the name of Kenesaw Mountain Landis in large letters.

Landis was baseball's first commissioner and there were no Black players in the majors during his reign from 1920 until his death in 1944.

His name has been on every American League and National League MVP plaque since then.

Barry Larkin, Terry Pendleton, and Mike Schmidt say they'd like to see it pulled off.