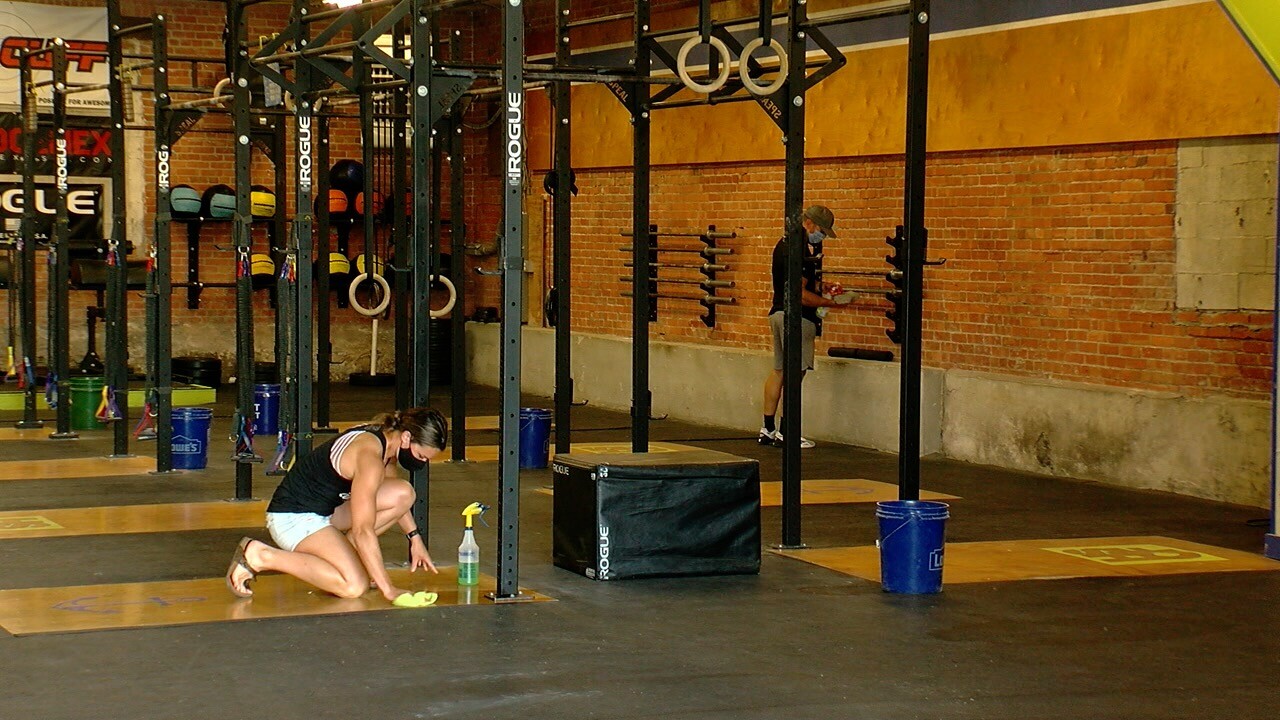 BUFFALO, N.Y. (WKBW-TV) — After being closed for nearly four months due to COVID-19, local gyms were getting excited and preparing to reopen under Phase Four of the NY Forward plan. However, those owners were shocked to find out this week that malls and gyms will not be reopening when the region starts Phase Four at the end of June.

"We were hopeful and excited to get going again. So, that was a real 'punch to the gut' when we got the news," said Lindsey Phillips, co-owner of Harborside Crossfit on Seneca Street in Buffalo.

"It was kind of a slap in the face," added her business partner, Jeff Bavisotto.

According to the governor's office, worries about air conditioning units recycling the coronavirus is a concern that is stopping malls and gyms from reopening.

"People need to understand that there is a high risk. This virus has not taken a summer vacation," said Lt. Governor Kathy Hochul (D-NY), who was in town for a groundbreaking ceremony in Lancaster.

Hochul said officials do not want to see a spike in Covid-19 cases like the ones currently underway in several other states. "I'm telling you right now that we are going to get it right. We are not going to succumb to pressure just because people have loud voices," added Hochul.

7 Eyewitness News reached out to experts at Cellino Plumbing, Heating & Cooling and A.G.Roehrig and Son, LLC in Buffalo to see if there are devices that can be attached to HVAC (Heating, Ventilation, & Air Conditioning) systems to kill viruses.

"Yes," said both companies. Devices can be retrofitted to commercial air conditioning units to kill viruses using ultraviolet light. While many of the virus killing systems don't specifically say they are for Covid-19, said Tony Cellino, it is assumed that the coronavirus will be effectively killed like many other viruses.

The devices shine an ultraviolet light on the return air coming from an AC unit. While the light will kill viruses in the air, it won't automatically kill the virus on surfaces, explained Cellino.

Alfred Roehrig III, the third-generation owner of A.G.Roehrig and Son, said the ultralight devices cost about $650-$700 per HVAC unit and can be easily installed. The cost for small businesses with rooftop units will be less compared to places like the Galleria Mall that has around 100 HVAC units on its roof, explained Roehrig.

Lt. Governor Hochul told reporters that there is no timetable for reopening malls and gyms but said the issue is being studied very closely.