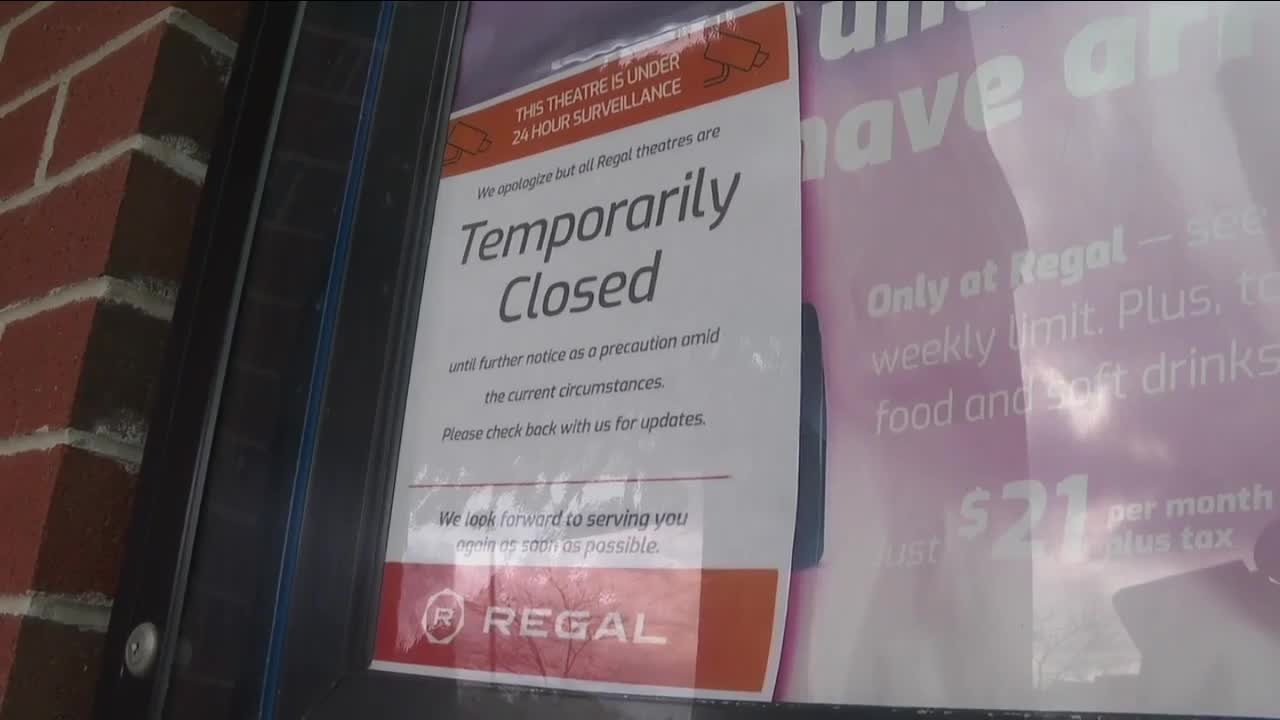 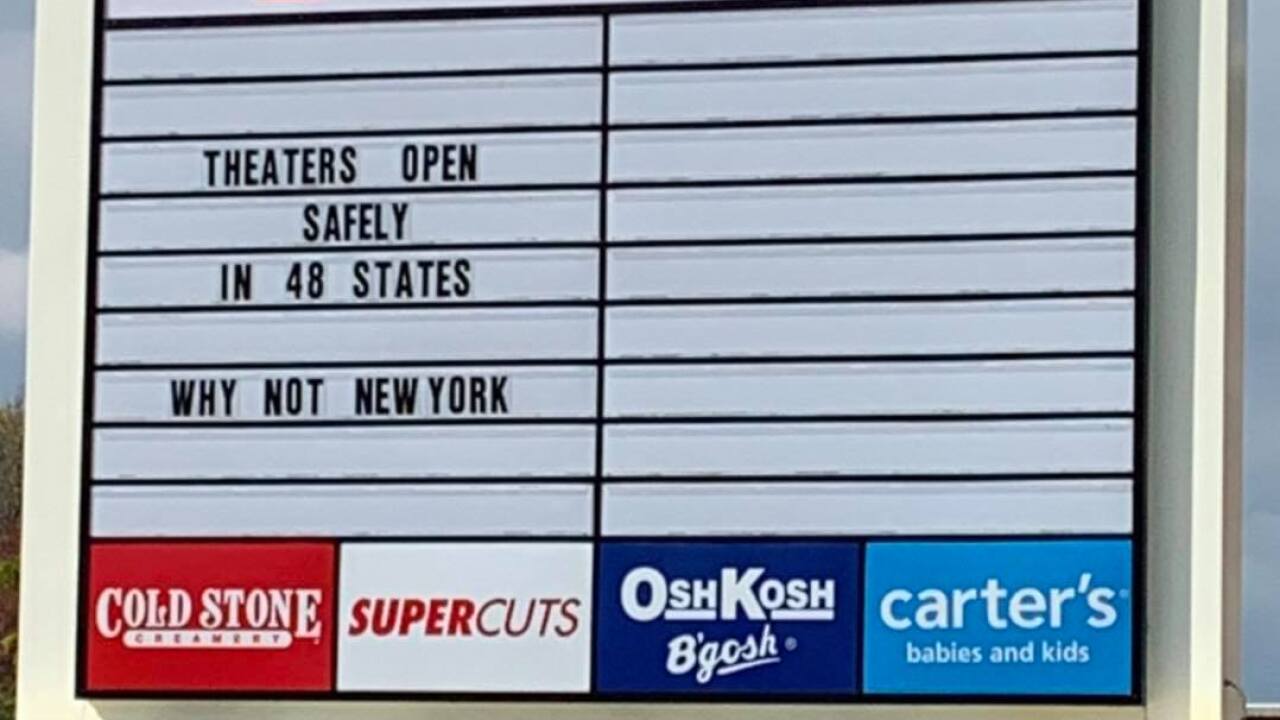 It’s a sign of frustration outside of the Regal Cinemas movie theater in Orchard Park.

The state still won’t give theaters permission to reopen.

Many wonder what that will mean for movie releases like a “A Quiet Place 2,” some of which was shot in western New York. The movie was originally supposed to be released in March of this year. Then, it was rescheduled for September. It’s now slated to open in April of 2021 but even that is no guarantee.

It’s been a frustrating cycle for local actor Steve Abbott who was a featured extra in the film.

“My wife and I were over in Grand Island and we thought when is that coming out? It really stinks actually. “

Christopher Parada is the Executive Director of the Historic Palace theater in Lockport. He said the theater, which is capable of putting on both live productions and movies has likely lost hundreds of thousands so far. He questioned why other industries with similar circumstances have been allowed to reopen while theaters can’t.

“For example, if a church is open, they will sit and listen for an hour or two and leave. We are no different,” Parada said.

While there’s no telling when theaters will be allowed to reopen, according to Buffalo Niagara Film Commissioner Tim Clark, film production in western New York is ramping up, once again.

“Bigger projects roll toward next year. The smaller stuff is starting to seep back in and we hope to be up and running in the next few weeks actually,” he said.

Furthermore, Clark said plenty of movie executives scouted Buffalo during the shutdown, and expressed interest in filming in the area. He said it could be a local silver lining for the silver screen.