Jobs and COVID-19: The outlook of investments in WNY

When it comes to jobs and COVID-19, numbers show both New York State and the Buffalo-Niagara Falls metropolitan area are slowly recovering. Recently released statistics from the New York Department of Labor show the unemployment rate for both the state and metro area fell last month. 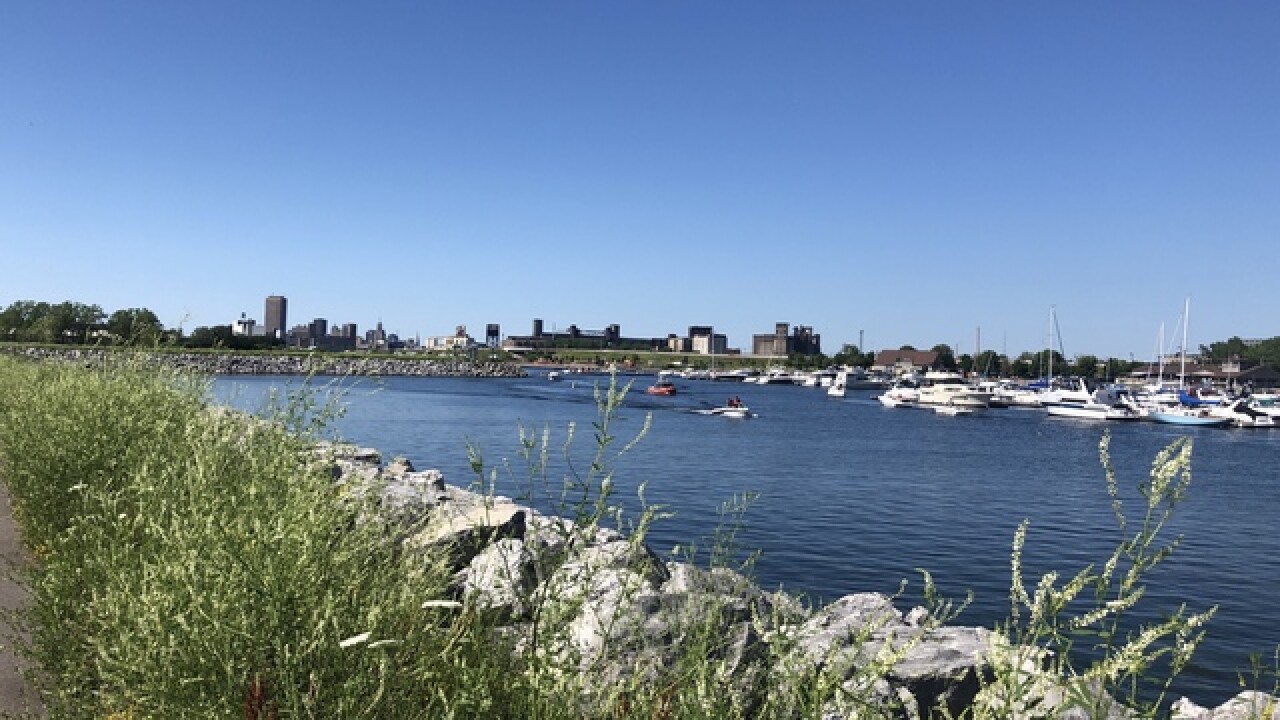 BUFFALO, N.Y. (WKBW) — When it comes to jobs and COVID-19, numbers show both New York State and the Buffalo-Niagara Falls metropolitan area are slowly recovering. Recently released statistics from the New York State Department of Labor show the unemployment rate for both the state and metro area fell last month.

As reopening began, the unemployment rate fell from 15.3 percent to 14.5 percent across the state in May. The Buffalo-Niagara Falls metro area saw a slightly smaller unemployment rate at 14.3 percent, but still had the second-highest rate in the state behind New York City. Also, last month, the Western New York region saw a nearly 21 percent hit in private sector jobs.

“The real reason we have a drop larger than many other areas in upstate New York is because our economy, particularly in the summer, depends so much on leisure and hospitality,” Floss, who is the Chair of the Department of Economics and Finance at Buffalo State, said.

Invest Buffalo Niagara President and CEO, Tom Kucharski, added: “We hope when we get to stage four of the recovery and everyone starts to open back up, that you’ll see a significant drop."

In the eyes of Kucharski, the renaissance of Buffalo remains strong even as COVID-19 uprooted the job market.

“Really the interest of the area and the renaissance hasn’t really diminished,” Kucharski said.

Social media and campaigns like “Be in Buffalo” proved vital to continue virtually bringing companies and employees to the area. Staples like opportunity zones in the region continue to remain an enticing selling point for investors.

“Going into the pandemic, we had a lot of energy and our pipeline was really full and I guess the most surprising thing is it stayed full,” Kucharski said.

The Buffalo-Niagara Falls area is showing up more and more on company radars especially now, Kucharski believes. He said this could be a time to capitalize on the benefits of moving to the area as companies grapple with answering questions on assets, work spaces and commutes.

Kucharski does worry about the recovery of traditional industries and collaborative investments since these are the hardest-hit areas. However, it’s new ventures in the medical and technology space that bring assurance more jobs are on the horizon.

“We see that M&T is bringing a lot of individuals back to Seneca Tower. Well, that’s going to help us get back on our feet and continue to grow,” Floss said.

Manufacturing will also play a role in the future of Western New York. Kucharski estimated about 40% of what is in the works involves that industry.

“It’s going to come back different,” Kucharski said. He continued, “To say we’re low on manufacturing available space would be an understatement. The vacancy rate is below two percent.”

The keys to success, Kucharski said, lie in collaboration and telling the Buffalo story.

“If you played sports you know that the best team will not doesn’t always win. It’s the team that believes they can win,” Kucharski said. He continued, “The communities that believe that they can do it, will do it.”