If you thought your air conditioner was on for most of the summer, you're not crazy.

According to the National Weather Service, multiple communities across Western New York had their warmest 5-month stretch on record. Those towns and cities include Buffalo, Jamestown, Fredonia, Warsaw and Canandaigua. 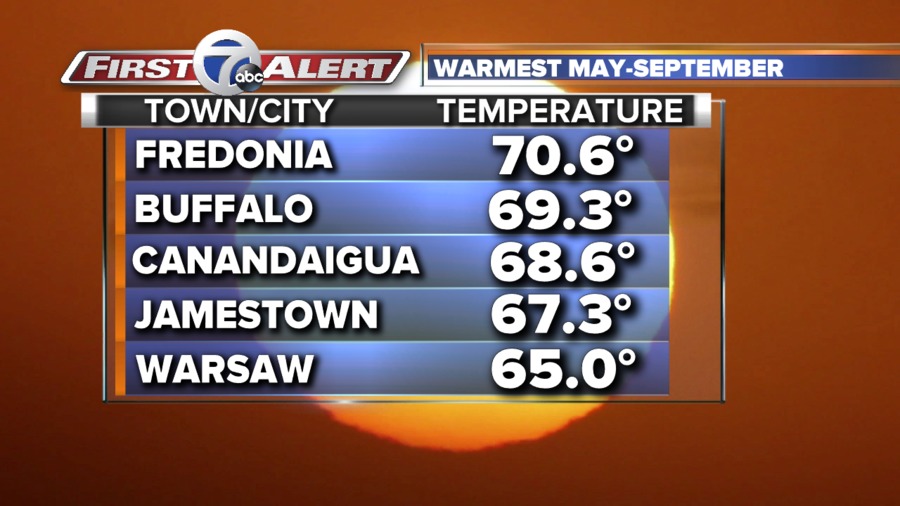 From May through September, Buffalo had a total of six days in the 90s. Sixty-four of those days were in the 80s.

But with all that heat, only four record highs were broken at the airport including one on the Fourth of July.

This past May in Buffalo was the warmest May on record for the Queen City.