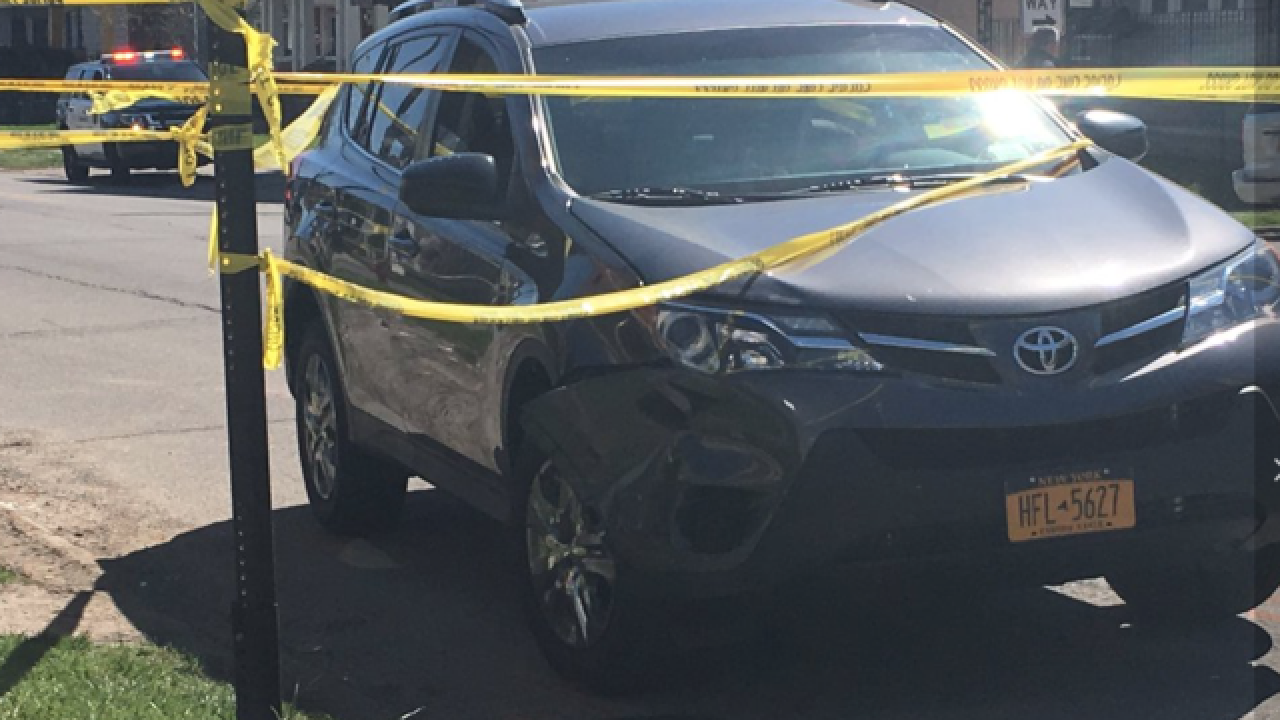 A young child has been injured after being struck by a car near South Park High School in Buffalo.

The accident happened at Mesmer and Southside Parkway. The child was struck by an SUV. These pictures from our photographer Dave Thompson show the damage done to the vehicle.

At the scene of an accident near South Park HS where a young child was struck by a vehicle @WKBW pic.twitter.com/qNZeYV1K3M

Police have not given any update on the condition of the child other than to say the injuries "could be serious." The victim was taken to Women and Children's Hospital.

Authorities say traffic could be affected in the area as the accident is investigated.