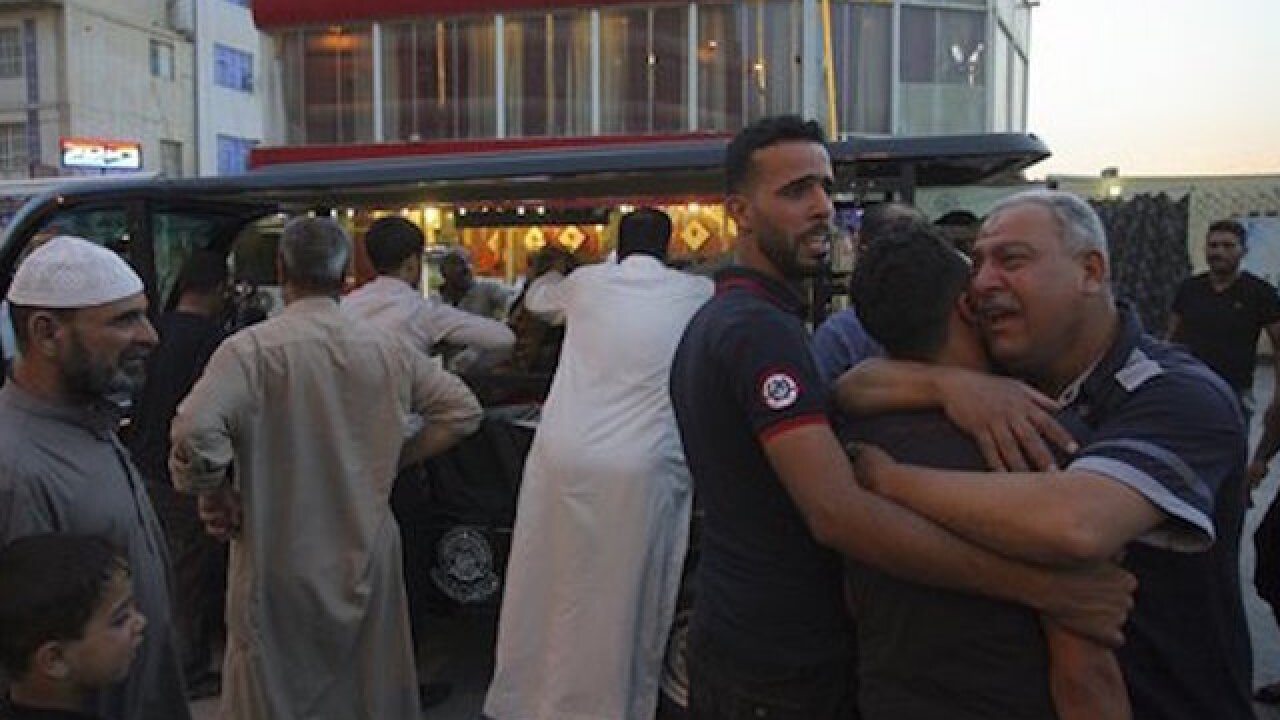 Copyright Associated Press
Anmar Khalil
<p>Mourners grieve during the funeral procession of bomb victims, Murtada Mohammed, 26, and his brother Sadiq Mohammed, 22, during their funeral procession in Najaf, 100 miles (160 kilometers) south of Baghdad, Iraq, Wednesday, May 11, 2016. An explosives-laden car bomb ripped through a commercial area in a predominantly Shiite neighborhood of Baghdad on Wednesday, killing and wounding dozens of civilians, a police official said. (AP Photo/Anmar Khalil)</p>

BAGHDAD (AP) — A twin suicide bombing hit a police station in Baghdad's westernmost suburb on Thursday, killing at least five policemen a day after a wave of attacks by the Islamic State group killed nearly a hundred people in the Iraqi capital.

The IS-claimed bombings were the deadliest in Baghdad this year, coming at a time of turmoil and deadlock in Iraq's government and parliament. Funerals were underway Thursday for many of those who were killed in Wednesday's bombings, which included a car bomb that struck a crowded outdoor market selling food, clothing and household goods in the predominantly Shiite neighborhood of Sadr City.

In Thursday's attack, two suicide bombers hit the station in the western suburb of Abu Ghraib at dawn, according to a police officer.

The first bomber blew himself up at the station's gate, followed by the second who detonated his explosives inside the building, the officer said. The explosion also left 12 policemen wounded.

A medical official confirmed casualty figures. Both officials spoke on condition of anonymity as he was not authorized to release information.

After the attacks, grieving relatives and family members lit candles at the scene of Sadr City bombing as calls came from mosques in Baghdad for blood donations. Many of the victims were being buried Thursday in the southern Shiite city of Najaf, where a sprawling cemetery is located near a shrine for a revered Shiite imam.

IS extremists still control significant areas in northern and western Iraq, including the second-largest city of Mosul. Commercial and public places in Shiite-dominated neighborhoods are among the most frequent targets for IS militants who want to undermine government efforts to maintain security in the capital.