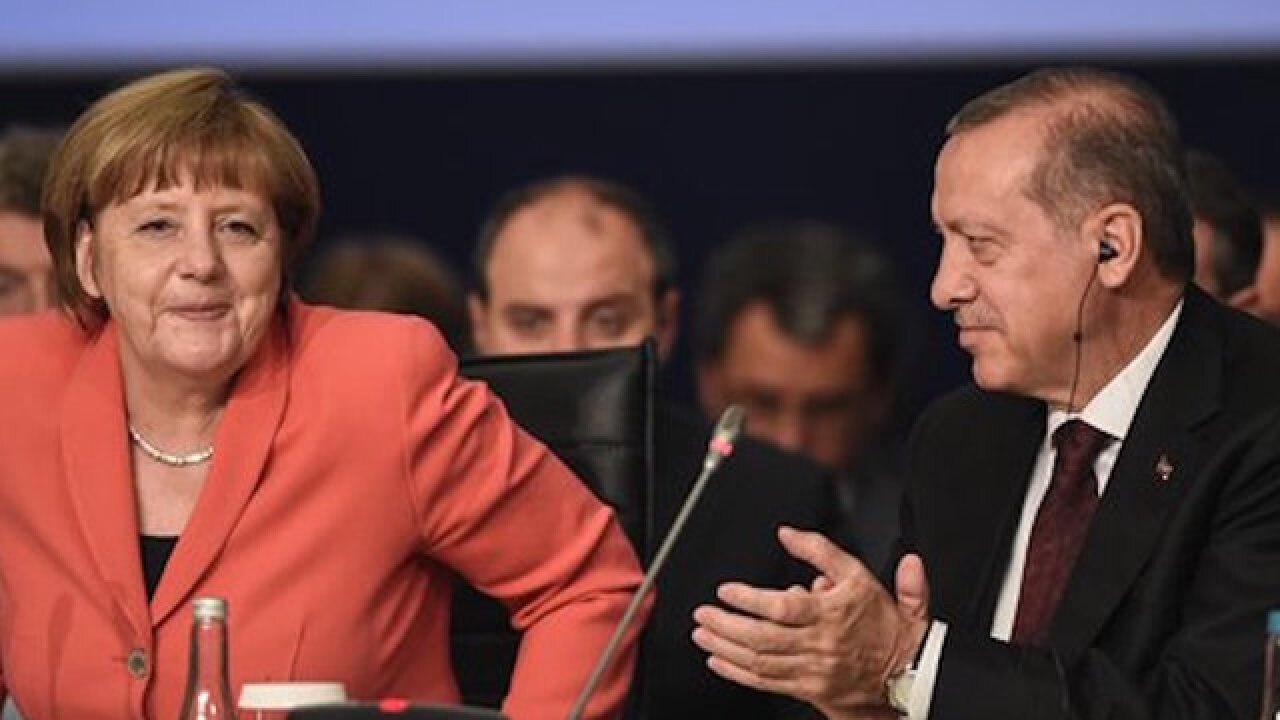 Copyright Associated Press
Ozan Kose
<p>German Chancellor Angela Merkel, is applauded by Turkey's President Recep Tayyip Erdogan, following her speech during a roundtable meeting on &quot;Political Leadership to Prevent and End Conflicts&quot; at the World Humanitarian Summit in Istanbul, Monday, May 23, 2016. World leaders and representatives of humanitarian organisations from across the globe converge in Istanbul on May 23-24, 2016 for the first World Humanitarian Summit, focused on how to reform a system many judge broken. (Ozan Kose/Pool Photo via AP)</p>

ANKARA, Turkey (AP) — German Chancellor Angela Merkel said she told Turkey's president that Ankara must fulfill all the European Union's conditions, including revisions to anti-terror laws, to secure visa-free travel for its citizens.

Speaking after meeting President Recep Tayyip Erdogan in Istanbul on Monday, Merkel also expressed concern about a move to strip legislators of their immunity from prosecution. But she underlined her commitment to an EU-Turkey deal aimed at stemming Europe's migrant influx amid rising tensions with Ankara.

As part of that agreement, the EU planned to accelerate introduction of visa-free entry for Turks. Turkey has fulfilled most of 72 conditions but its refusal to revise anti-terror laws has emerged as a stumbling block.

Merkel said in comments aired on German television she made clear that "we need the fulfillment of all points."

Turkey, however, is complaining of "double standards" by the EU and demanding that Brussels keep its side of the bargain.

"All sorts of agreements can be suspended, including the Customs Union agreement. All ties with the EU can be revised," Bulut said.