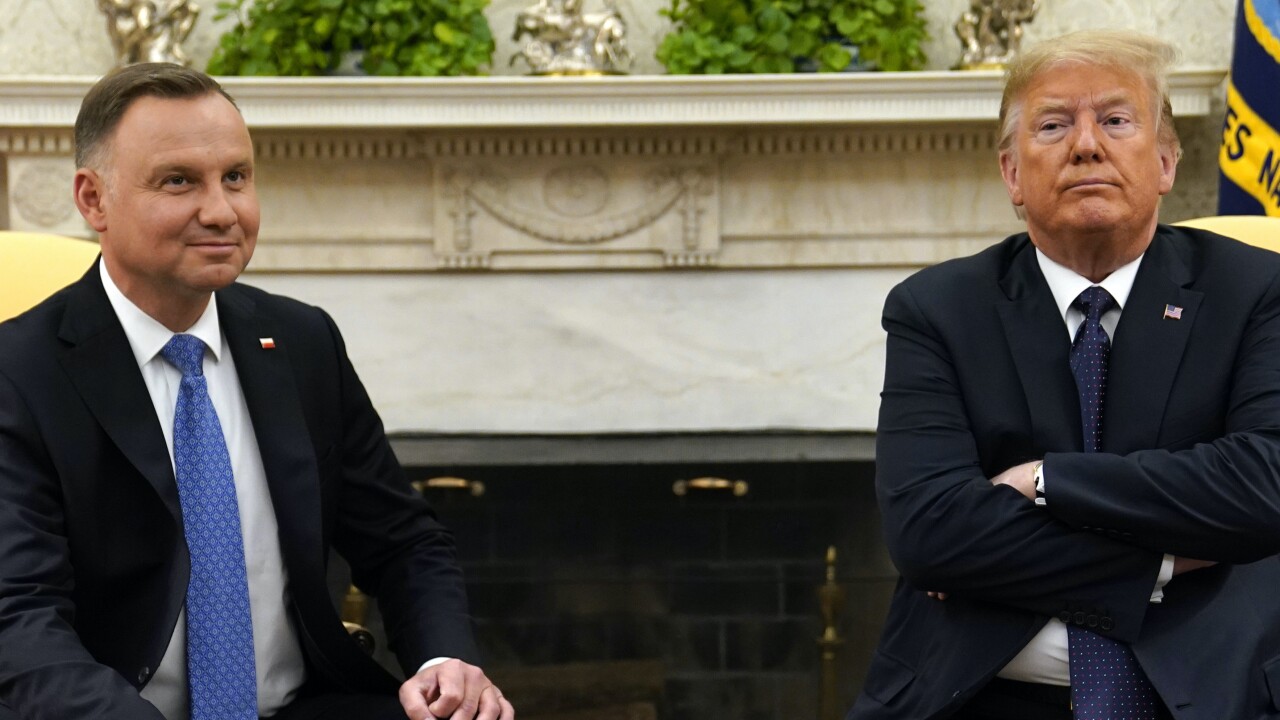 WASHINGTON (AP) — President Donald Trump has welcomed Poland's president to the White House, and sending more U.S. troops to Poland to bolster NATO's eastern flank against Russian aggression is at the top of their agenda.

Even before Andrzej Duda arrived, the U.S. ambassador to Poland said the U.S. will send another 1,000 troops to Poland — over and above the 1,000 declared last year.

But the troops might not necessarily be transferred from Germany, where Trump is planning to withdraw about 10,000 U.S. troops.

This is Duda’s third visit to Washington since Trump took office and the first head of state visit at the White House since the pandemic began.

Trump and Duda are expected to hold a joint press conference at about 3:30 p.m. ET at the White House. Watch it live below: