Terrorism suspected in knife attack at French church that killed 3 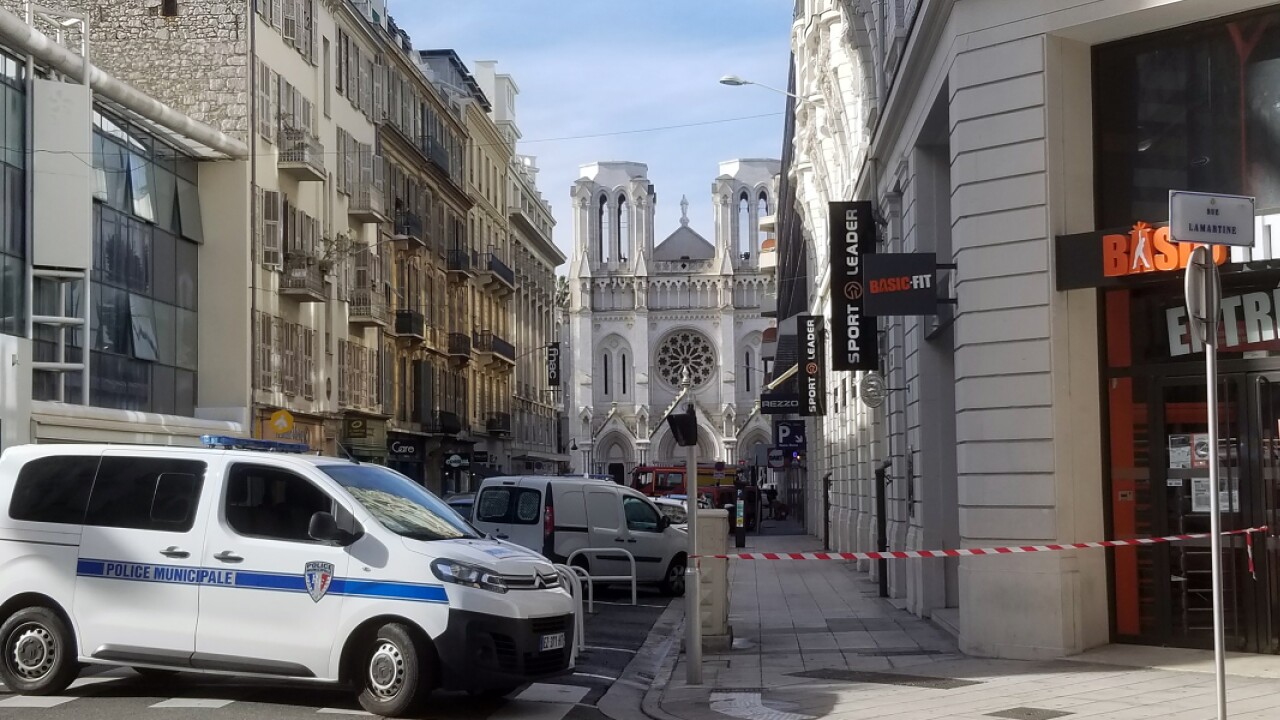 NICE, France (AP) — An attacker armed with a knife killed three people at a church in the Mediterranean city of Nice, the third attack in two months in France.

The city's mayor, Christian Estrosi, says a man and woman died inside the church, while a second woman fled to a nearby bar, but was mortally wounded.

The assailant was shot by police and hospitalized after the killings at the Notre Dame basilica on Thursday.

The attacker was believed to be acting alone and police are not searching for other assailants, said two police officials, who were not authorized to be publicly named.

“He cried ‘Allah Akbar!’ over and over, even after he was injured,” said Estrosi. “The meaning of his gesture left no doubt.”

Estrosi said in a tweet that he could confirm that everything suggests a terrorist attack at the church.

The anti-terrorism prosecutor’s office has opened an investigation into the killings.

The attack took place less than a half-mile from the site where a man plowed a truck into a Bastille Day crowd in 2016, killing dozens.

Thursday's attack has prompted the government to raise its security alert status to the highest level and double the number of soldiers deployed in the country. French President Emmanuel Macron said they'd be increasing deployments from around 3,000 currently to 7,000.