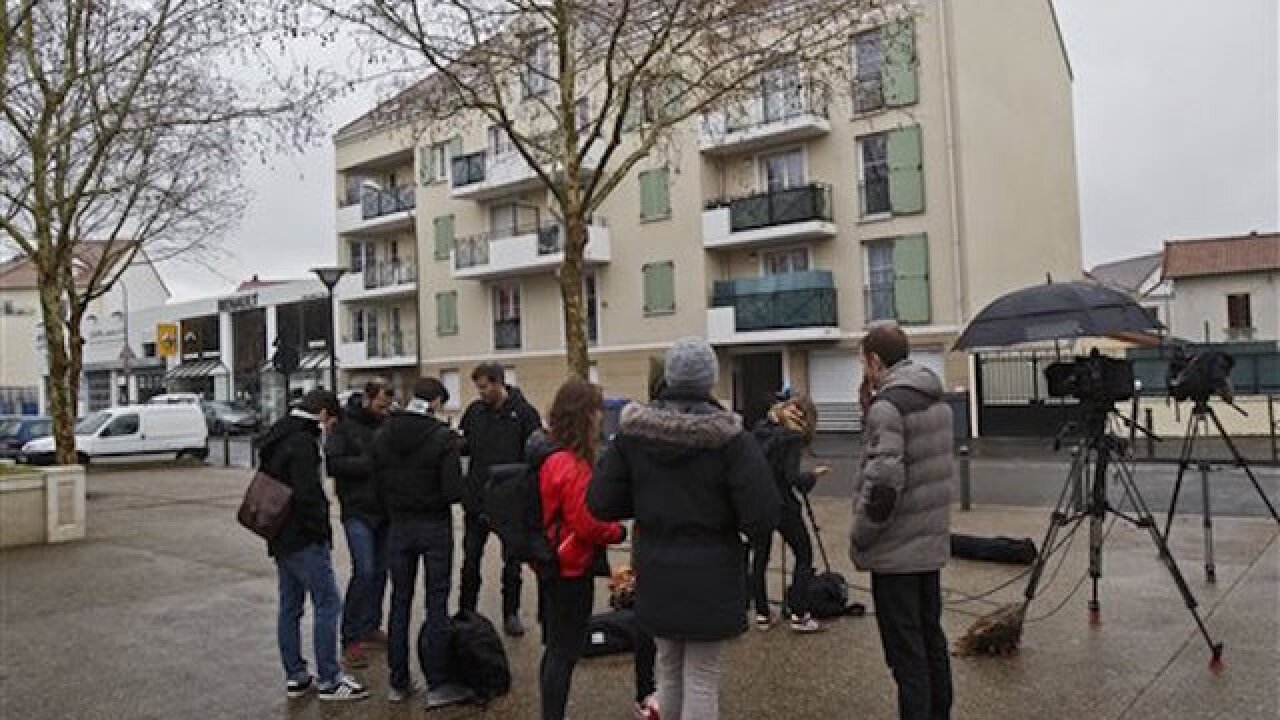 Copyright Associated Press
Michel Euler
<p>Journalists gathering in front of the house were French police where searching Thursday night in Argenteuil, northern outskirts of Paris, Friday, March 25, 2016. A Frenchman in the "advanced stages" of a plot to attack the country was arrested Thursday northwest of Paris and security forces locked down the area during a major search, France's interior minister said. (AP Photo/Michel Euler)</p>

MADRID (AP) — Spanish police have arrested a Frenchman suspected of supplying weapons to Paris attacker Amedy Coulibaly for use in the deadly January 2015 attacks in the French capital, the Interior Ministry said Wednesday.

A ministry statement said Antoine Denive, 27, from the northern French town of Sainte Catherine was arrested Tuesday with two other men in the southern Spanish beach town of Rincon de la Victoria on a European arrest warrant. A Serbian man and a Montenegrin man also allegedly tied to arms trafficking were also arrested.

The January 2015 attacks in Paris left 17 victims and three attackers dead. Coulibaly killed four people inside a kosher supermarket, and separately a policewoman, before dying in a shootout with police.

Denive was brought before the National Court in Madrid on Wednesday, where he denied selling weapons to attackers, but the judge ordered him kept in jail, according to a court spokesman, who spoke on condition of anonymity due to court policy.

Paris prosecutors did not immediately respond to a request for comment on the case. The court spokesman could not provide the name of the lawyer representing the suspect.

The ministry said Denive left France several weeks after the January 2015 attacks and moved to the southern Spanish province of Malaga, where he allegedly continued illegal activity under a false identity. The ministry said he was an arms trafficker with ties to Serbian arms traffickers. The arrest was coordinated by a court in Lille, France, and one in the Spanish city of Torremolinos.

A police raid on Denive's house uncovered several false documents used by him including a valid European passport in another person's name, the statement said. Police said they were also studying computer material found there.

There were no immediate details on what arms the Frenchman allegedly supplied to Coulibaly.

A judge will determine whether the allegations that Denive violated Spanish law are viable before deciding whether to send him back to France on charges of arms trafficking and membership in a criminal organization, the court spokesman said.