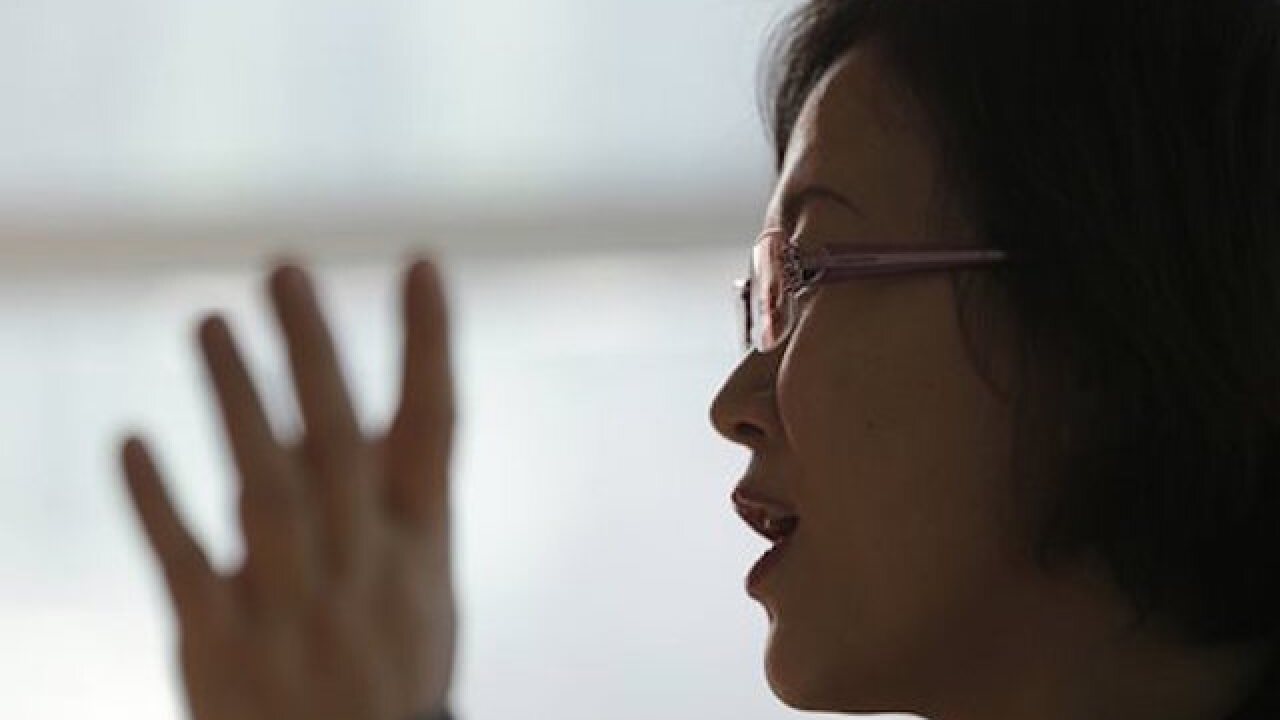 Copyright Associated Press
Lee Jin-man
<p>In this Dec. 5, 2014 photo, North Korean defector Lee Soung Hee, 42, who worked at a North Korean-run restaurant in the northeastern Chinese city of Dalian in the early 2000s, speaks during an interview in Seoul, South Korea. Four North Koreans who were sent to work abroad confirm many of the brutal conditions rights groups have decried, but also say their lives were better than they had been back home. (AP Photo/Lee Jin-man)</p>

SEOUL, South Korea (AP) — South Korea on Friday rejected the North's highly unusual overture to send North Korean relatives to Seoul to reunite with the 13 restaurant workers it says were abducted in China by spies from the South.

The workers, from a restaurant North Korea says is in the eastern Chinese city of Ningbo, were the biggest group to defect since Kim Jong Un took power in North Korea in 2011. Pyongyang typically accuses Seoul of kidnapping or enticing its citizens to defect, but an attempt to reunite the families is extraordinary.

Pyongyang's state media said Friday it had informed Seoul that the North will try to send the relatives through the border village of Panmunjom but did not say when.

"The families of the abductees are eagerly asking for face-to-face contact with their daughters as they were forced to part," said the message carried by the official Korean Central News Agency.

Seoul's Unification Ministry responded in a brief statement that it cannot accept the North's request because the restaurant workers decided on their own to resettle in the South.

North Korea has already warned of unspecified retaliation if South Korea refuses to send back the restaurant workers.

The defections of one male manager and 12 female waitresses have had intense media attention in South Korea. After announcing the defections earlier this month, Seoul officials have refused to disclose full details, and some critics have questioned whether the announcement was an attempt to influence the results of parliamentary elections, which the conservative ruling party eventually lost to liberal opposition parties.

The North has about 50,000 to 60,000 workers abroad, mostly in Russia and China, with a mission to bring in foreign currency, according to Seoul's intelligence service. Pyongyang typically sends relatively affluent, loyal citizens to such jobs, because they are seen as being less affected by foreign cultures, according to experts in South Korea.

More than 29,000 North Koreans have fled to South Korea since the end of the 1950-53 Korean War, according to South Korean government records. Many defectors have testified that they wanted to avoid the North's harsh political system and poverty.