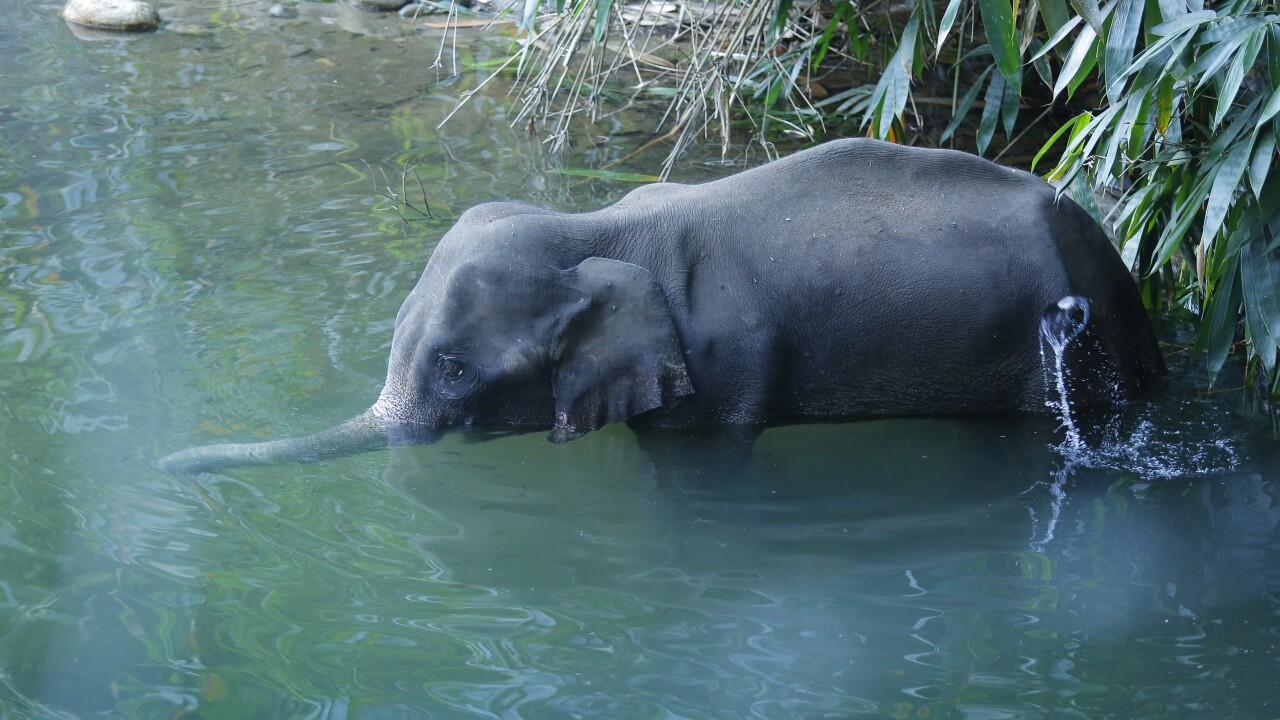 Rajesh U Krishna/AP
This May 27, 2020 photo shows an injured 15-year-old pregnant wild elephant standing in Velliyar River moments before it died in Palakkad district of Kerala state, India. Indian police on Friday arrested one person for causing the death of the elephant which chewed a pineapple stuffed with firecrackers that went off in its mouth in southern India. The female elephant couldn’t eat because of the injury in its mouth and it died in a river later in a forest in Pallakad area in southern Kerala state on May 27, said a state forest officer, Surendra Kumar. (AP Photo/Rajesh U Krishna)

NEW DELHI (AP) — Indian police have arrested a man accused of causing the death of a pregnant elephant that died after biting a pineapple stuffed with firecrackers that exploded in its mouth.

The 15-year-old elephant was unable to eat after the injury and died in a river in Pallakad in southern Kerala state.

The state forest department is investigating whether he was a poacher or a farmer who wanted to kill the elephant to prevent it from damaging crops.

Indian cricket star Virat Kohli is also among those calling for an end to these "cowardly acts."

Appalled to hear about what happened in Kerala. Let's treat our animals with love and bring an end to these cowardly acts. pic.twitter.com/3oIVZASpag