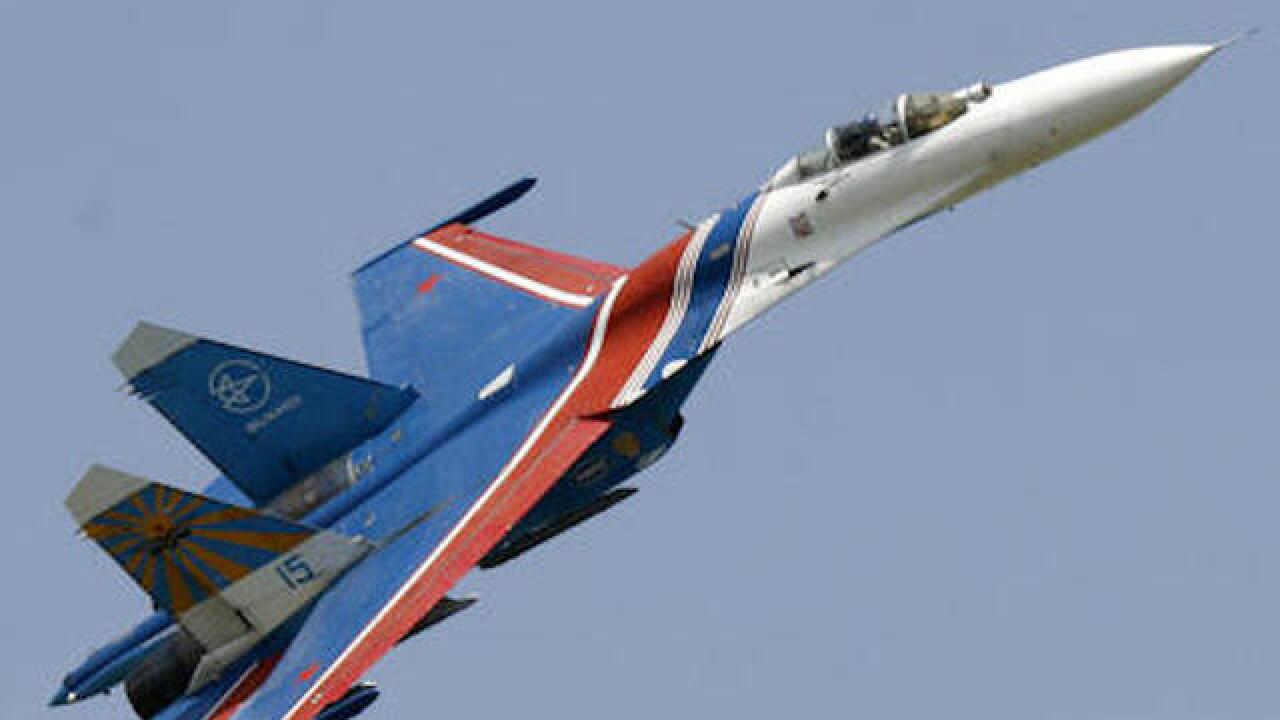 Copyright Associated Press
Sergey Venuavsky
<p>In this Saturday, May 26, 2007 file photo, a Sukhoi Su-27 fighter jet of the Russian air force elite aerobatic team Russkiye Vityazi (Russian Knights) makes a low pass during an air show in Rostov-on-Don, Russia. A pilot of the Russian air force's elite aerobatic squadron died Thursday, June 9, 2016 when his fighter jet crashed near Moscow. The Russian Defense Ministry said the Su-27 fighter jet went down while returning from a training mission. It said, according to preliminary information, the crash had been caused by a technical malfunction. ﻿(AP Photo/Sergei Venyavsky)</p>

The Russian Defense Ministry said the Su-27 fighter jet went down while returning from a training mission. It said, according to preliminary information, the crash had been caused by a technical malfunction, but wouldn't elaborate pending an official probe.

The Russian Knights aerobatic squadron identified the pilot on its Facebook page as Maj. Sergei Yeremenko.

Russian TV stations broadcast images of the wreckage scattered around a forest and a plume of black smoke rising over the trees.

According to news reports, the plane crashed while returning to its base in Kubinka, west of Moscow, after a group demonstration flight marking the opening of a monument to airmen near Moscow. The Interfax news agency said the plane that crashed had recently undergone factory repairs. Emergency crews have already have recovered the plane's flight recorder.

The Russian Knights are famous for their spectacular low passes and synchronized maneuvers. They perform widely at air shows in Russia and abroad.