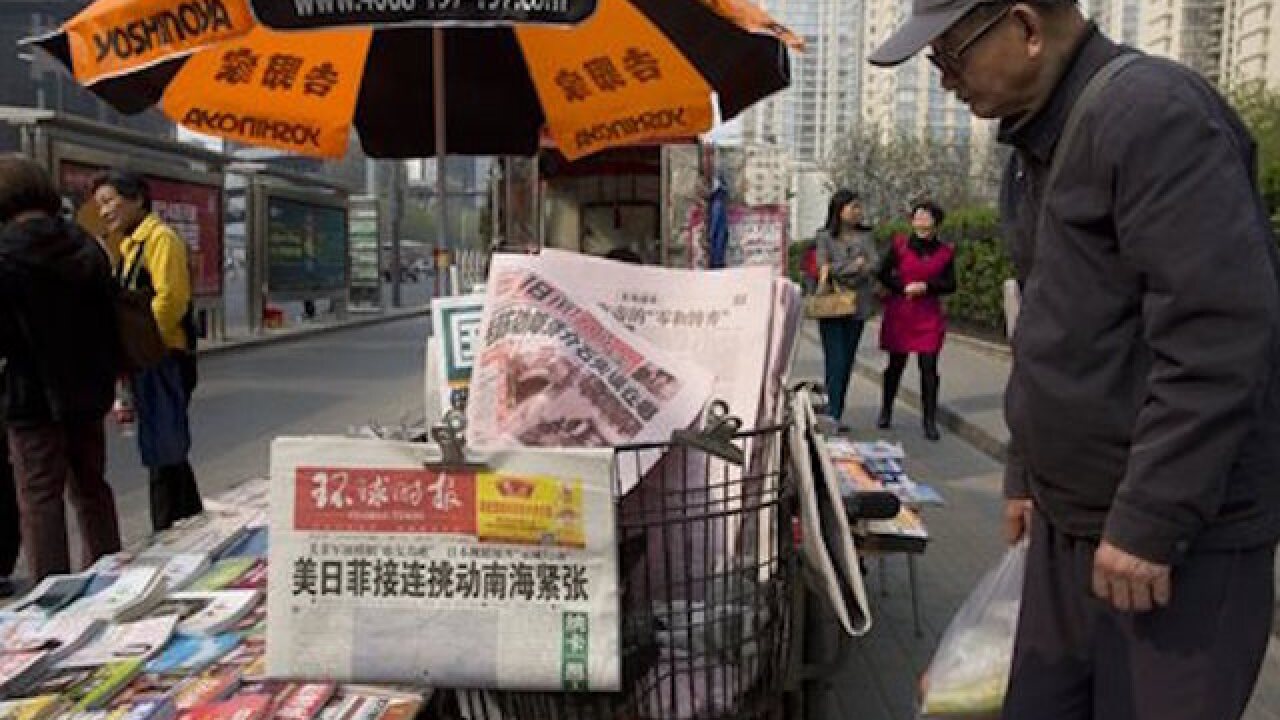 Copyright Associated Press
Ng Han Guan
<p>A man looks at a newsstand with a copy of the day's Global Times displayed on a basket in Beijing, China, Tuesday, April 5, 2016. The nationalistic tabloid Global Times published an editorial saying an unidentified "powerful force" was behind the documents leaked from a Panama-based law firm that name relatives of current and retired Chinese politicians, including President Xi Jinping, as owning offshore companies. (AP Photo/Ng Han Guan)</p>

FRANKFURT, Germany (AP) — Governments around the world tried Tuesday to contain the fallout from the publication of thousands of names of rich and powerful people who conducted offshore financial activity through a Panamanian law firm.

China dismissed as "groundless" reports that relatives of current and retired politicians, including President Xi Jinping, own offshore companies.

The state media are ignoring the reports, and search results for the words "Panama documents" have been blocked on websites and social media.

Iceland's prime minister has vowed to not resign despite thousands of angry protesters demanded he step down and call new elections. The leaks showed possible links to an offshore company that could represent a serious conflict of interest.

And Ukraine's president was accused of abusing his office and of tax evasion by moving his candy business offshore, possibly depriving the country of millions of dollars in taxes.

The reports are from a global group of news organizations working with the Washington-based International Consortium of Investigative Journalists. They have been processing the legal records from the Mossack Fonseca law firm that were first leaked to the German Sueddeutsche Zeitung newspaper.

Shell companies aren't by themselves illegal. People or companies might use them to reduce their tax bill legally, by benefiting from low tax rates in countries like Panama, the Cayman Islands and Bermuda. But the practice is frowned upon, particularly when used by politicians, who then face criticism for not contributing to their own countries' economies.

Because offshore accounts and companies also hide the names of the ultimate owners of investments, they can be used to illegally evade taxes or launder money.

Mossack Fonseca says it obeys all laws relating to company registrations and does not advise people how to evade taxes.

The firm said in a statement that "our industry is not particularly well understood by the public, and unfortunately this series of articles will only serve to deepen that confusion.

"The facts are these: while we may have been the victim of a data breach, nothing in this illegally obtained cache of documents suggests we've done anything wrong or illegal, and that's very much in keeping with the global reputation we've worked hard to build over the past 40 years of doing business the right way. "

Members of the Group of 20 — which includes China — have agreed on paper to tighten laws relating to shell companies and make sure authorities can find out who the real owners are. Actual legislation at the national level has lagged behind the promises, however.

The appearance of offshore accounts in political scandals is far from new. Shell companies played a role in the corruption scandal involving the Petrobras oil company in Brazil. The U.S. Justice Department said in an indictment last year that offshore accounts were used to mask the transfer of bribes to officials at FIFA, the global soccer federation.

China's Foreign Ministry spokesman Hong Lei said he would not discuss the reports further and declined to say whether the individuals named would be investigated.

"For these groundless accusations, I have no comment," Hong told reporters at a regularly scheduled news conference.

The report said use of offshore company registrations had spiked after the European Union introduced regulations in 2005 requiring countries to exchange tax information on physical persons, but not for companies. Many of the accounts, however, have since been closed.

The EU has since tightened its rules on offshore companies under its Fourth Anti-Money Laundering Directive, which is being phased in as national governments pass local laws to comply by June 26, 2017. The new rules tighten requirements for companies to keep accurate information on their real owners and to make that available to authorities.