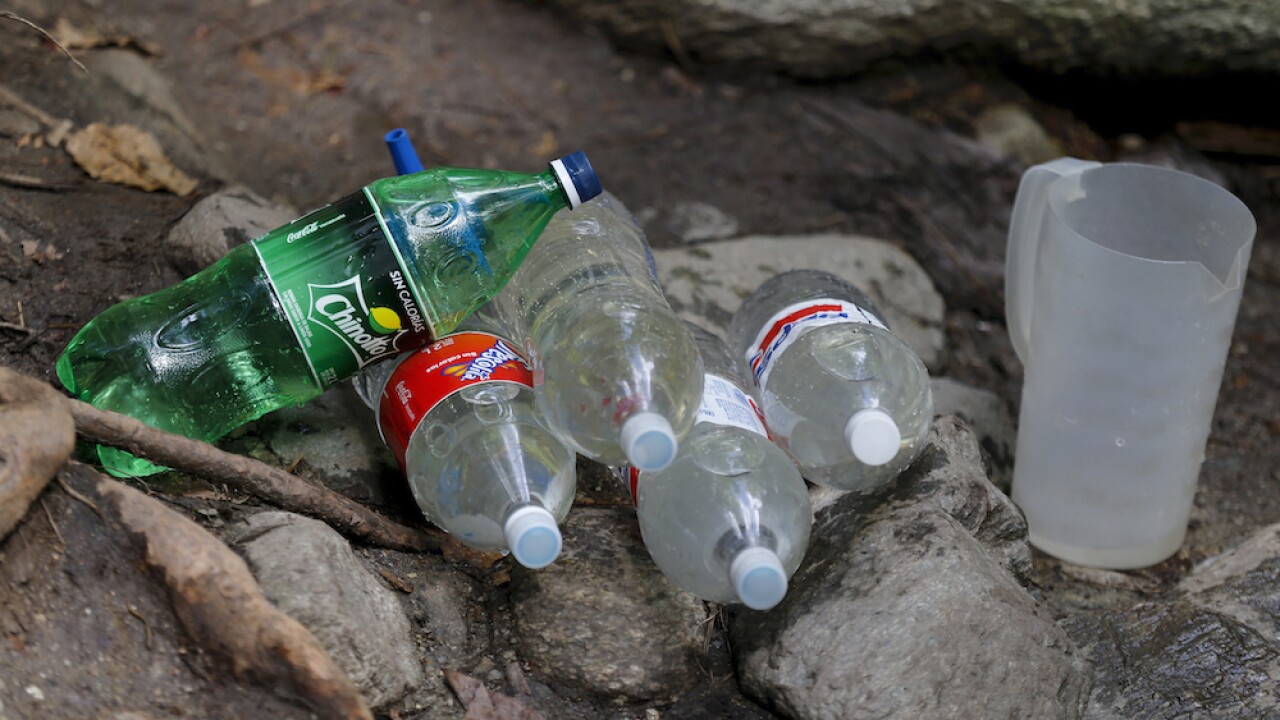 Copyright 2019 The Associated Press. All rights reserved.
Fernando Llano/AP
In this Wednesday, April 3, 2019 photo, soft drink bottles filled with water collected from a stream that come down from El Avila National Park lay near the stream, in Caracas, Venezuela. During a surveillance of El Avila, a National Parks Institute official admitted that the authorities are well aware of the trash people are leaving behind and the environmental damage. The officials spoke on condition of anonymity because he is not authorized to comment.(AP Photo/Fernando Llano)

Officials at a national park in Thailand are tired of visitors leaving behind trash — and the country's Environment Minister is threatening drastic action for those who continue to spoil the park for others.

According to The Washington Post and the BBC, Thailand Environment Minister Varawut Silpa-archa posted on Facebook that he would be mailing garbage left behind at Khao Yai National Park back to the tourists who left it.

Varwut posted a photo of a box filled with trash, which included a note that read, "You forgot something at Khao Yai National Park."

Varwut later posted that the package had made it back to the tourists, who were from South Korea.

Varwut's extreme measures are unlikely to become the norm in Thailand, but The Washington Post notes that the country is stepping up enforcement of rules in the country's national parks. He later said the country would begin blacklisting guests who either damage property or are noisy and disruptive during their stay.

Guests are currently not permitted to leave behind trash, be drunk in public or make noise after 10 p.m. The Bangkok Post reports that fines for littering can reach up to $16,000 or up to five years in jail.

Khao Yai National Park is located about a two-hour drive northeast of Bangkok in the mountains surrounding the metropolis.