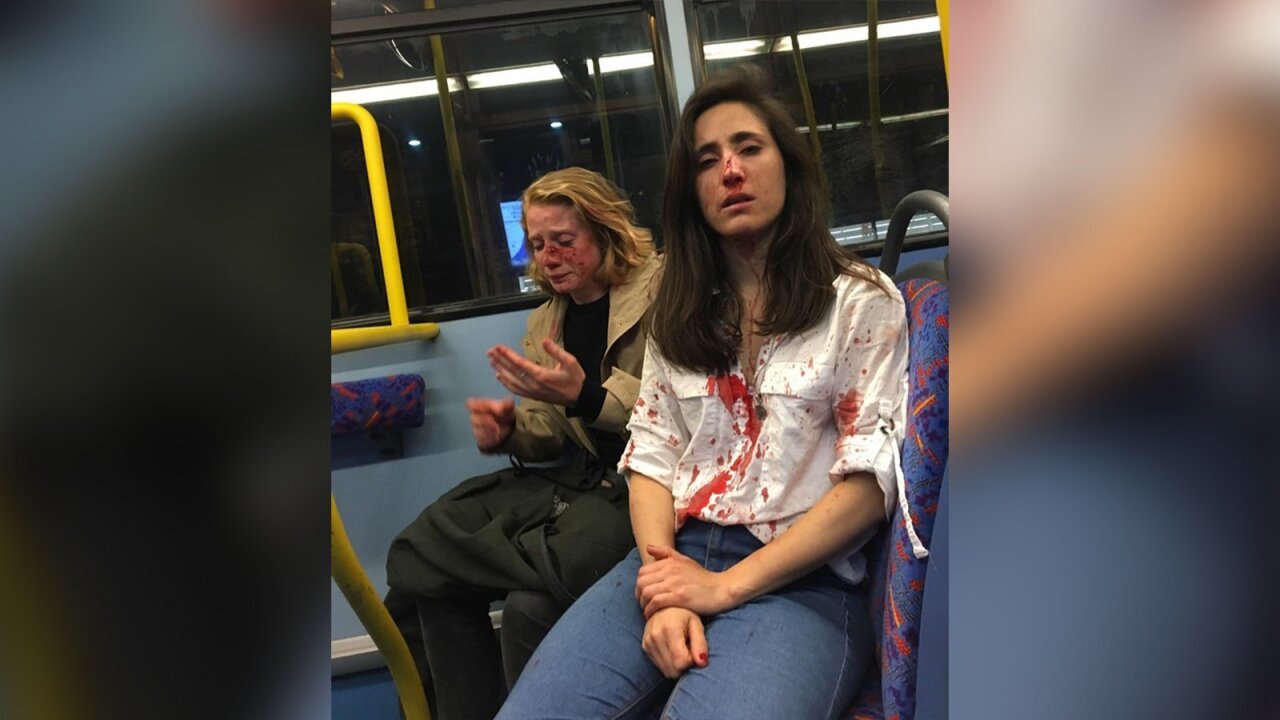 Four teenagers have been arrested in connection with a homophobic attack on two women on a London bus that prompted widespread condemnation in the UK.

The attack took place on a London night bus on May 30 as the couple, Melania Geymonata and her partner Chris, were traveling home from an evening out together.

Geymonat posted a photograph on Facebook of the aftermath of the attack , showing the pair sitting on the bus, covered in blood.

In the accompanying account of the attack, in English and Spanish, Geymonata said that least four men began harassing the couple when they saw them kissing. The group made lewd comments, demanded that they kiss and eventually assaulted and robbed them, Geymonat said.

"They started behaving like hooligans, demanding that we kissed so they could enjoy watching, calling us 'lesbians' and describing sexual positions," she wrote.

Geymonat said she started making jokes in an attempt to defuse the situation. But the men "kept on harassing us, throwing us coins and becoming more enthusiastic about it."

Announcing the arrests, Detective Superintendent Andy Cox said inquires were continuing into the "disgusting" assault. "Lots of people will understandably be outraged by this attack,"he said in a statement. "Our efforts to trace all the suspects involved and bring them in for questioning will be relentless."

London's mayor, Sadiq Khan, condemned the incident on Twitter, saying it was a "disgusting, misogynistic attack."

"Hate crimes against the LGBT+ community will not be tolerated in London," he added.

The Prime Minister, Theresa May, joined the condemnation. "This was a sickening attack and my thoughts are with the couple affected. Nobody should ever have to hide who they are or who they love and we must work together to eradicate unacceptable violence towards the LGBT community."

In her Facebook post, Geymonata, a flight attendan originally from Uruguay, expressed concern that it took the release of shocking photographs of violence against women to prompt a public response.

"I don't know yet if my nose is broken, and I haven't been able to go back to work, but what upsets me the most is that VIOLENCE HAS BECOME A COMMON THING, that sometimes it's necessary to see a woman bleeding after having been punched to feel some kind of impact," she said.

"We have to endure verbal harassment AND CHAUVINIST, MISOGYNISTIC AND HOMOPHOBIC VIOLENCE because when you stand up for yourself s**t like this happens."