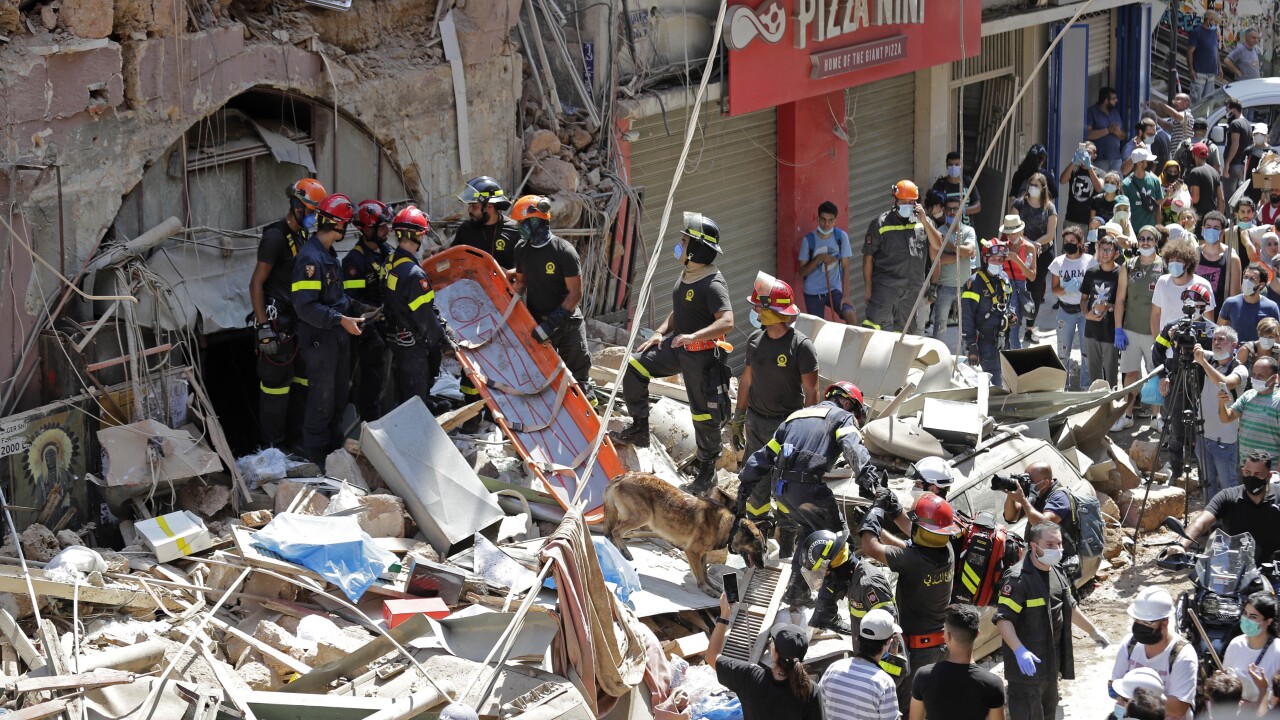 Copyright 2020 The Associated Press. All rights reserved.
Hassan Ammar/AP
French and Lebanese firemen search in the rubble of a building after the Tuesday explosion at the seaport of Beirut, in Beirut, Lebanon, Thursday, Aug. 6, 2020. Lebanese officials targeted in the investigation of the massive blast that tore through Beirut sought to shift blame for the presence of explosives at the city's port, and the visiting French president warned that without serious reforms the country would "continue to sink." (AP Photo/Hassan Ammar)

BEIRUT (AP) — Lebanese officials targeted in the investigation of the massive blast that tore through Beirut sought to shift blame for the presence of explosives at the city’s port, and the visiting French president warned that without serious reforms the country would “continue to sink.”

The blast, which appeared to have been caused by an accidental fire that ignited a warehouse full of ammonium nitrate at the city’s port, rippled across the Lebanese capital, killing at least 135 people, injuring more than 5,000 and causing widespread destruction.

It also may have accelerated the country’s coronavirus outbreak, as thousands flooded into hospitals in the wake of the blast.

Macron, who viewed the devastated port and was to meet with senior Lebanese officials, said the visit is “an opportunity to have a frank and challenging dialogue with the Lebanese political powers and institutions.”

He said France will work to coordinate aid but warned that “if reforms are not made, Lebanon will continue to sink.”

The head of Lebanon’s customs department meanwhile confirmed in an interview with LBC TV late Wednesday that officials had sent five or six letters over the years to the judiciary asking that the ammonium nitrate be removed because of the dangers it posed.

But Badri Daher said all he could do was alert authorities to the presence of dangerous materials, saying even that was “extra work” for him and his predecessor. He said the port authority was responsible for the material, while his job was to prevent smuggling and collect duties.