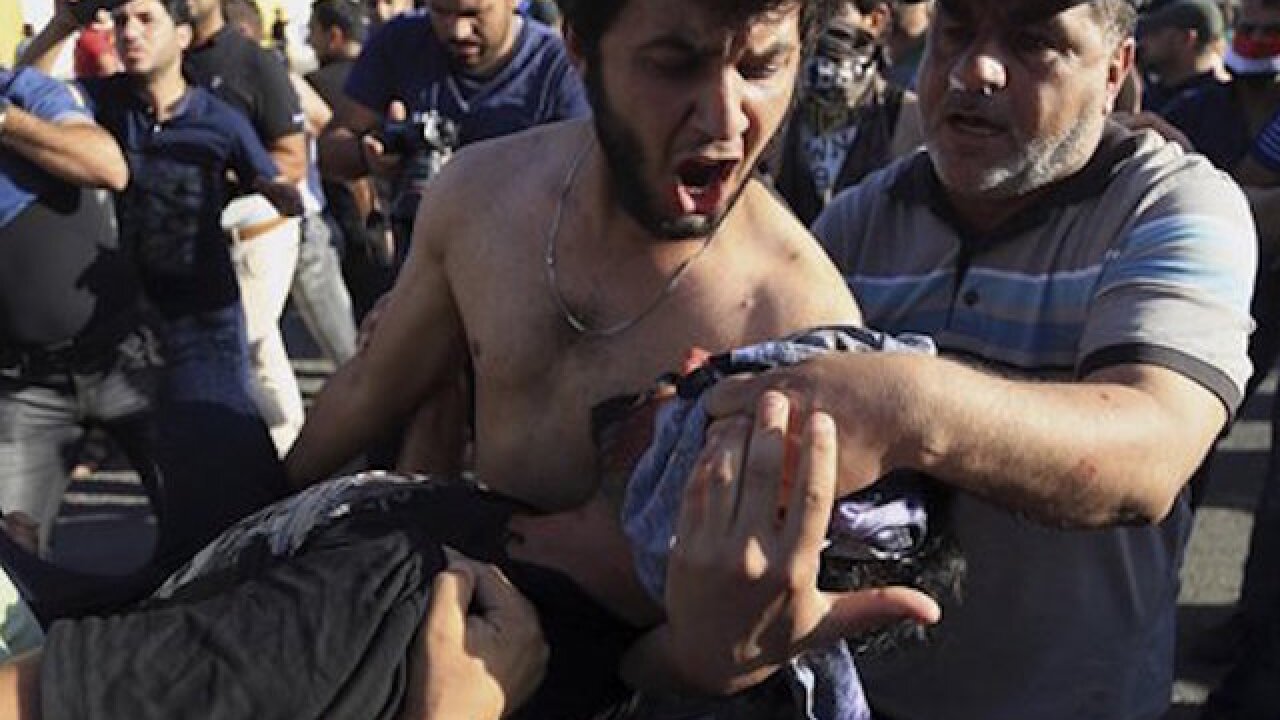 An Associated Press reporter at the scene saw several protesters badly wounded and one was shot in the head. The violence prompted Iraqi Prime Minister Haider al-Abadi to impose a curfew in the country's capital.

Earlier in the day, crowds of mostly young men gathered outside the Green Zone walls, with their numbers swelling into the thousands. This led security forces to push through the crowd on foot, firing volleys of tear gas in an effort to push the people back from the gates.

The violence quickly escalated. The protesters who made it into the Green Zone rushed toward the prime minister's office and the parliament building. Some posted jubilant photographs from inside the premier's office on social media sites.

Outside, ambulances weaved through the crowd to ferry away those hurt. Hospital and police officials said five protesters were seriously wounded. The officials spoke on condition of anonymity as they were not authorized to release the information.

As dusk fell on Baghdad, al-Abadi announced the curfew but there was no immediate information on how long it would last and what restrictions it involved.

Friday's violence came more than two weeks after the highly fortified compound was first breached by Shiite protesters in April.

Iraqi security forces at the time largely stood down, allowing protesters to scale walls and pull down concrete barriers. Al-Abadi later replaced the head of the compound security.

The initial breach was largely carried out by supporters of powerful Shiite cleric Muqtada al-Sadr and followed repeated delays to proposed government reform legislation. Since then, Iraq's government has been gridlocked and the parliament unable to convene.

Meanwhile, a string of deadly bombings has killed more than 200 over the past couple of weeks in and around Baghdad. The attacks, many claimed by the Islamic State group, follow territorial losses the Sunni militants have suffered at the hands of Iraqi forces backed by U.S.-led coalition aircraft.

On Thursday, Iraqi forces declared that the western town of Rutba was fully liberated after nearly two years of IS control.