Gunman kills 6 people in Czech Republic hospital before shooting himself 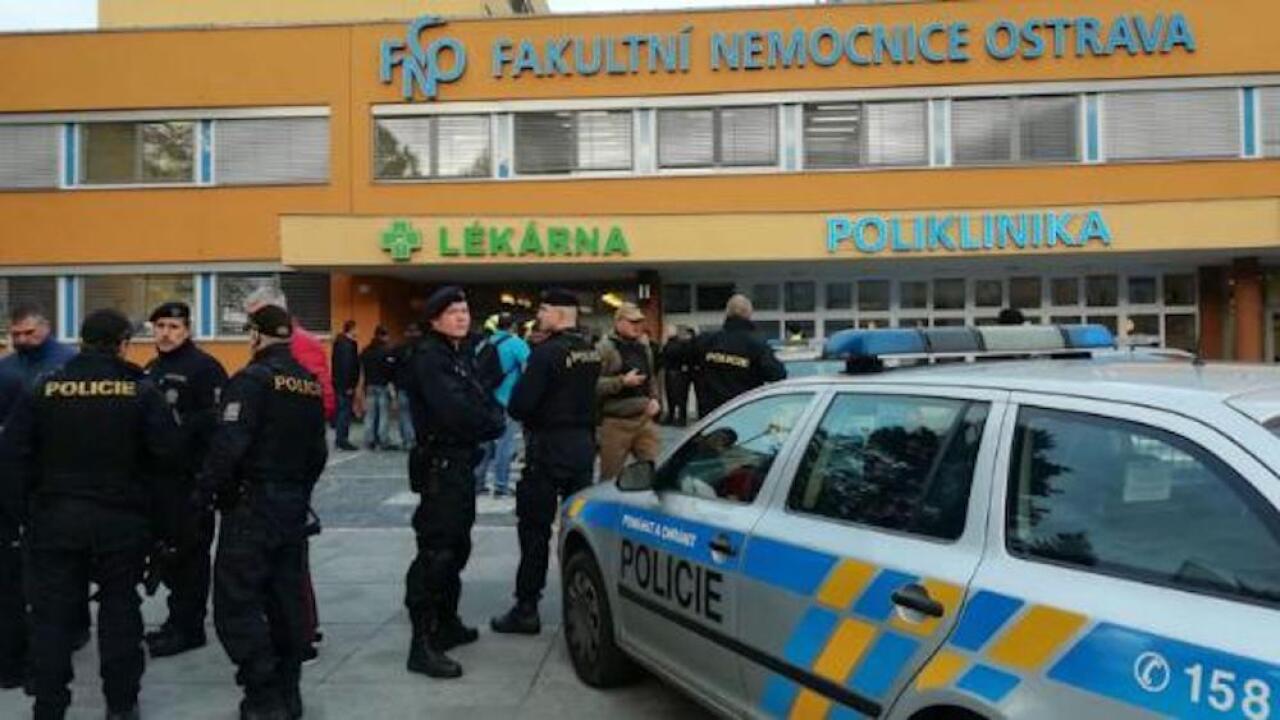 A gunman killed himself after shooting six people dead and injuring two others at a hospital in the eastern Czech city of Ostrava on Tuesday.

One of the victims was shot in an operating theater and later died. The head of the hospital, Jiří Havrlant, told reporters outside the hospital that all of the victims were patients, and that the suspect was shooting people at close range in their heads and chests.

The incident happened just after 7 a.m., according to interior minister Jan Hamáček, who added that police and emergency response units were in attendance.

Police said the "dangerous armed perpetrator" who was carrying a "short handgun" had fled the scene in a silver-gray Renault Laguna.

The 42-year-old suspect later shot himself in the head in the vehicle before officers could bring him into custody, police said.

"When the police arrived to the site of the car, the suspect was still alive. After around 30 minutes of resuscitation attempt, he died," interior minister Hamáček said, adding that authorities are investigating the motive behind the shootings.

Prime Minister Andrej Babiš described the incident as a "huge tragedy" and "something we are not used to here" in an interview with state broadcaster Czech TV. "We need to find out the motive, these are events that, for us, are completely from a different world."

Police said two of the dead were women and four of them were men, but declined to comment to CNN on the motive for the attack.

"The information from Ostrava university hospital [is] tragic," the country's minister of health, Adam Vojtech, tweeted Tuesday. "I am in touch with the hospital's director and I am following the situation remotely. ... thank you [to] the police and the hospital staff for their work on location."

At least two people who were injured had to undergo surgery, Havrlant told journalists at a Tuesday press conference.

Havrlant said one victim is in a serious condition after having brain surgery, while a second injured person was still being treated.

Ostrava is an industrial and mining city in the Czech Republic's rust belt, close to the border with Poland.