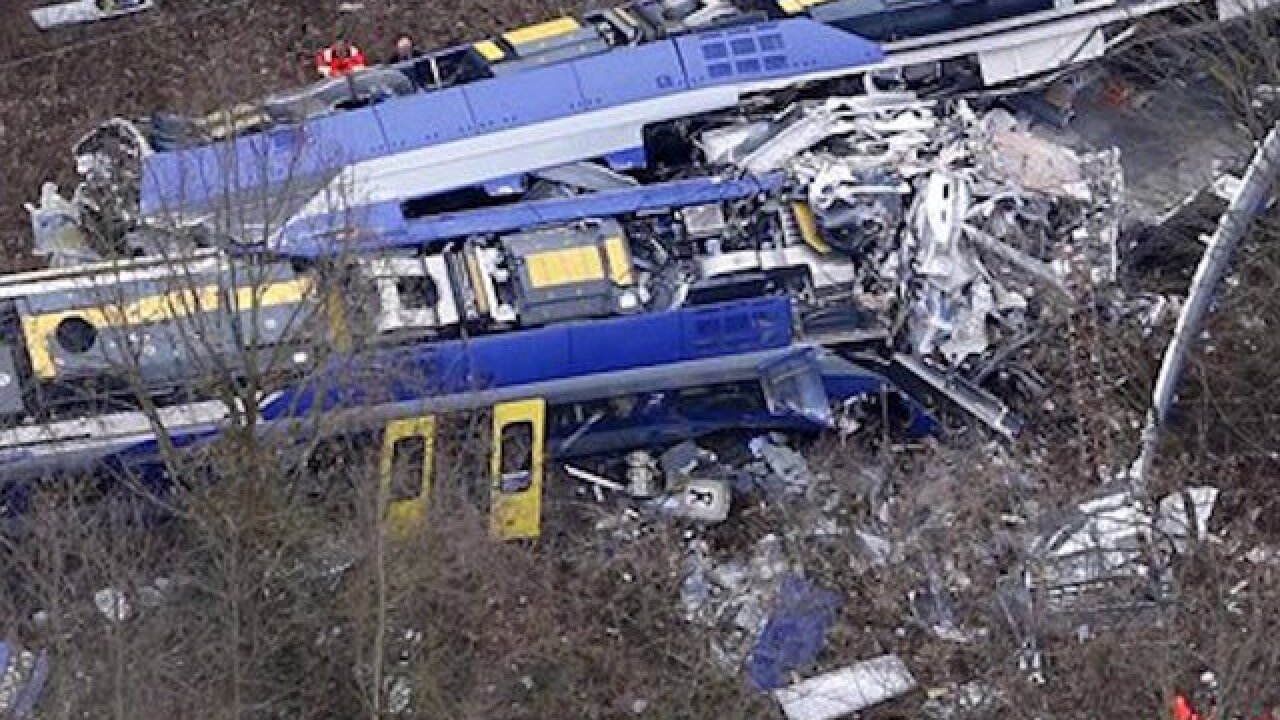 BERLIN (AP) — A German rail dispatcher was playing an online game on his cellphone shortly before two trains he was in charge of collided on a single-track line, killing 11 people, prosecutors said Tuesday.

The unnamed dispatcher was arrested on suspicion of negligent homicide, prosecutors in the Bavarian town of Traunstein said in a statement.

The two trains were filled with commuters when they collided head-on Feb. 9 near the town of Bad Aibling, about 60 kilometers (40 miles) southeast of Munich. It was one of Germany's worst rail accidents in recent history.

Prosecutors said the man had been actively playing the game on his cellphone for "an extended period of time" until shortly before the crash. Rail dispatcher rules forbid the use of personal cellphones at work.

"Due to the close timing it must be assumed that the accused was distracted from controlling the cross-traffic of the trains," the statement said. This likely led the dispatcher to give the trains the wrong signals and then, once he noticed his error, to fumble the emergency call by pressing the wrong combination of buttons, meaning the train drivers were unable to hear it, prosecutors said.

The man acknowledged during questioning that he had played a game, but denied having been distracted by this, they said.

So far, investigators haven't been able to find any indication of a technical problem that might have caused or contributed to the crash, prosecutors said.