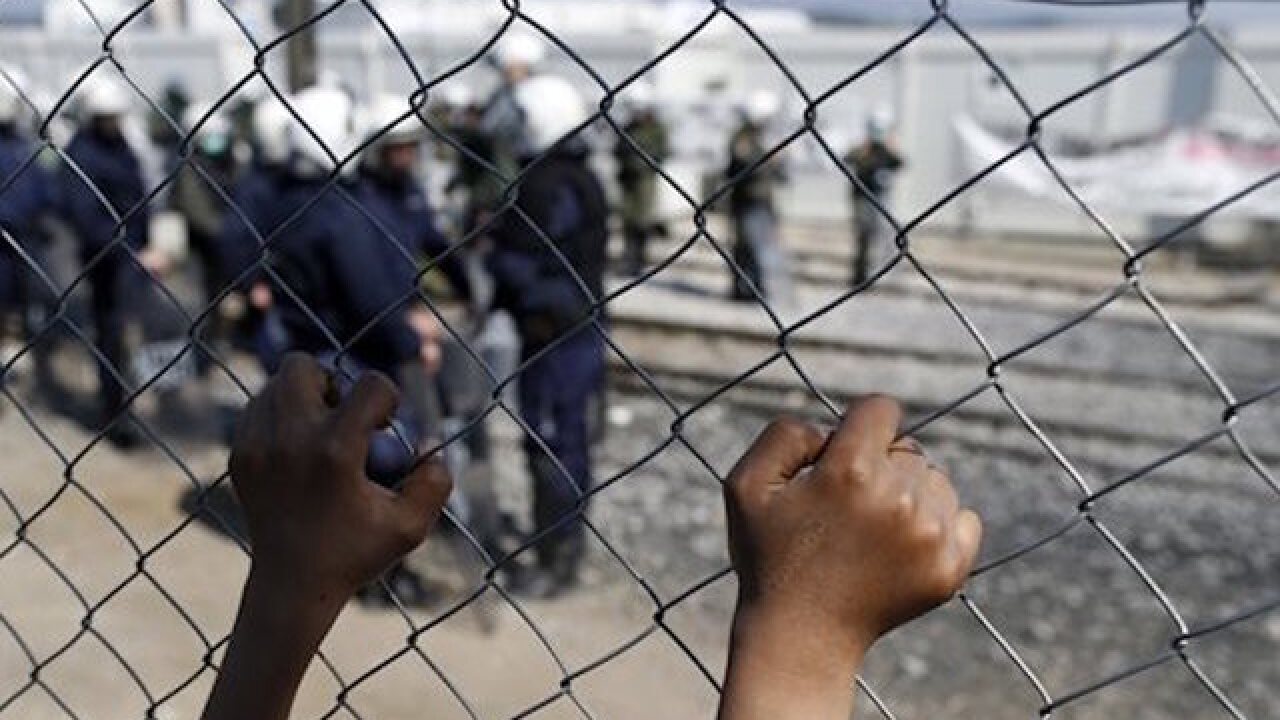 Copyright Associated Press
Darko Vojinovic
<p>A boy looks at Greek police officers during a protest demanding the opening of the border between Greece and Macedonia in the northern Greek border station of Idomeni, Greece, Tuesday, March 29, 2016. More than 15,000 people - nearly a third of the total stranded in Greece - are refusing to move to government-built shelters around the country, and remain at the border with Macedonia and at the port of Piraeus, near Athens. (AP Photo/Darko Vojinovic)</p>

PARIS (AP) — Police evacuated nearly 1,000 migrants Wednesday from a makeshift camp near a Paris subway station, and hundreds of people sought to cross from Turkey to Greece despite European efforts to slow down the arrivals.

The Paris operation was peaceful and authorities offered the migrants temporary lodging and help applying for asylum, the Interior Ministry said in a statement. They reportedly included people from Eritrea, Ethiopia, Sudan and Afghanistan who had been living beneath elevated train tracks for the past several weeks.

The Paris transit authority closed the Stalingrad metro station during the operation. The area has seen multiple migrant camps in recent years that are periodically cleared out.

"The street should not be a refuge" for people fleeing persecution, the ministry said, calling the evacuation necessary for public order, public health and humanitarian reasons.

France has not seen nearly as many Syrian refugees or other migrants over the past year as Germany or countries farther east, but has experienced tensions around the northern port of Calais, where migrants converge in hopes of crossing into Britain.

The flow of migrants to the Greek islands, meanwhile, seems to be on the rise again as weather warms.

Figures released by the Greek government Wednesday showed 766 people reached the islands of Lesbos, Samos, Chios and Kos in the 24 hours until Wednesday morning. The number is a roughly a three-fold jump compared with arrivals in previous days.

In Turkey, the coast guard said it rescued dozens of mostly Syrian migrants as they tried to reach Greece in an inflatable dinghy. Off the coast of Libya, a German combat ship rescued scores of people on Tuesday who were trying to cross the Mediterranean from North Africa into Italy's southern islands.

A new European Union-Turkey agreement comes into effect next week to curb the flow of migrants.