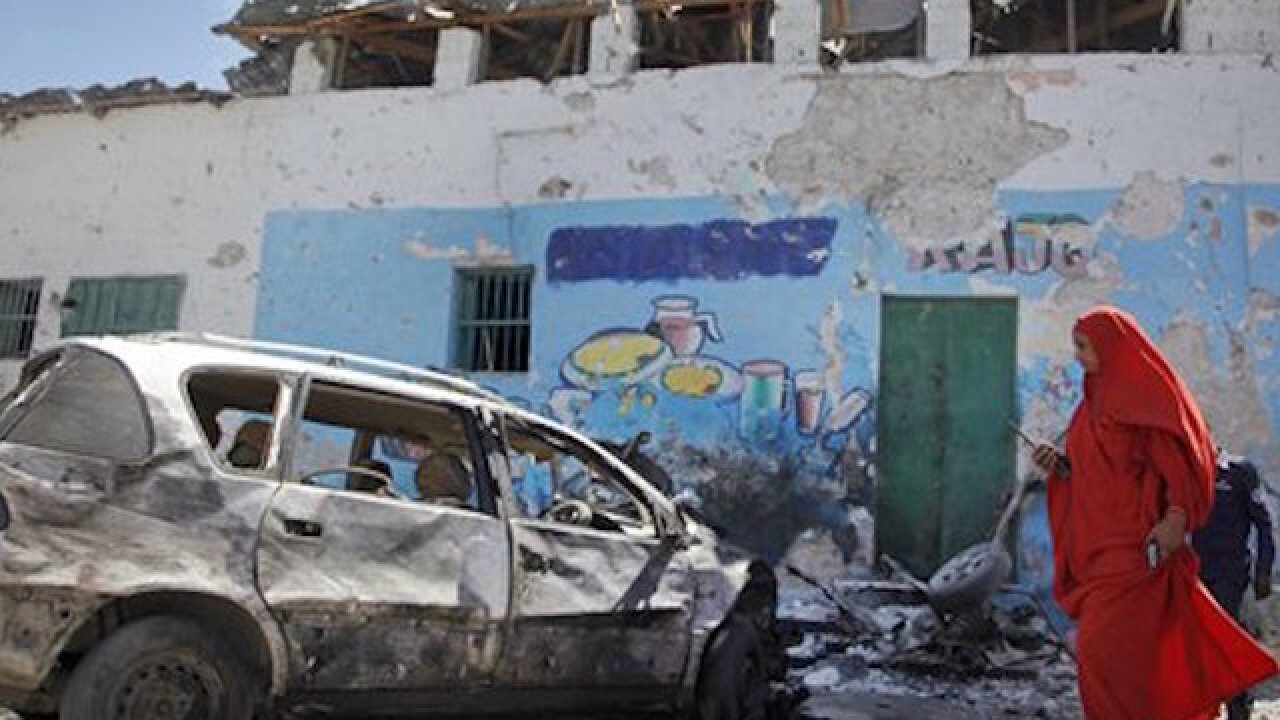 Copyright Associated Press
Farah Abdi Warsameh
<p>A female police officer inspects the scene of a car bomb attack outside a restaurant in the capital Mogadishu, Somalia Saturday, April 9, 2016. A Somali police official says two people have been killed in a car bombing at a restaurant where dozens of people were dining, in the capital Saturday. (AP Photo/Farah Abdi Warsameh)</p>

MOGADISHU, Somalia (AP) — A car bomb killed at least two people at a restaurant in the Somali capital Saturday, a police official said.

A bomb in the car, which was parked outside a small restaurant in Mogadishu's Shibis district, was detonated by remote control as dozens of people were dining inside the restaurant, Ahmed Hassam said Saturday.

There was no immediate claim of responsibility for the attack but it bears the hallmarks of Somalia's Islamic extremist rebel group al-Shabab. Despite being ousted from Mogadishu and neighboring regions of Somalia, al-Shabab continues to launch guerrilla attacks across the Horn of Africa country.