3 detained in connection with Paris attacks 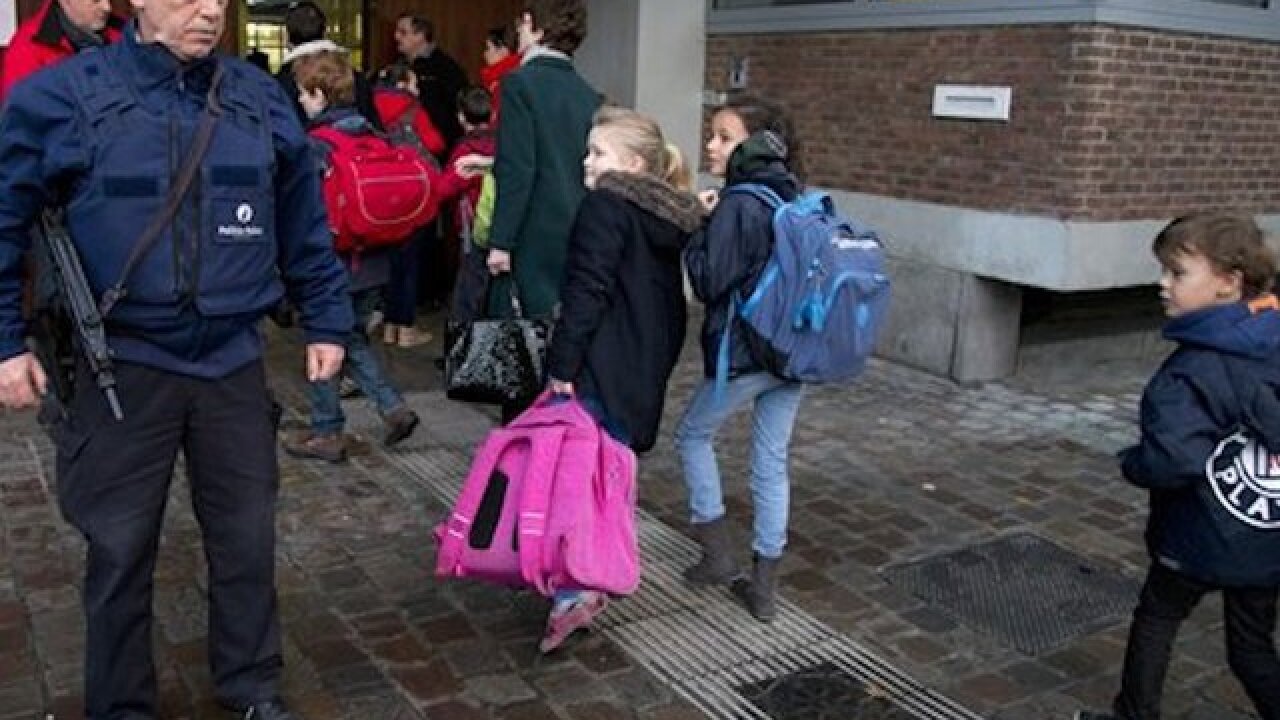 Virginia Mayo
<p>Children pass a police officer as they arrive for school in the center of Brussels on Wednesday, Nov. 25, 2015. Students in Brussels have begun returning to class after a two-day shutdown over fears that a series of simultaneous attacks could be launched around the Belgian capital. (AP Photo/Virginia Mayo)</p>

BRUSSELS (AP) — Two men have been charged with offenses related to the Brussels bombings, and three others have been detained in Brussels in connection to the Paris attacks, Belgian authorities said Tuesday.

The Belgian Federal Prosecutor's office said the two who have been charged, identified only as Smail F. and Ibrahim F., were involved in renting an apartment in the Etterbeek area of Brussels that served as a hideout for the bomber who attacked the Brussels subway on March 22 as well as a suspected accomplice.

It said the detention of the three related to the Paris attacks followed a morning search in Uccle, an upscale district of the Belgian capital. A judge will decide Wednesday whether the three people should remain in custody, it said. It said no further information would be made public about the search.

Brussels was home to many of the attackers who struck the French capital Nov. 13, killing 130 victims. According to Belgian and French investigators, the same cell was behind the March 22 suicide bombings that killed 32 victims at the Brussels Airport and in the Brussels subway.

Prosecutors could not immediately be reached for further comment, but state-run RTBF broadcasting, citing information form unspecified sources, reported the two suspects were brothers, and that the older sibling had rented the apartment on the Rue des Casernes, while the younger brother helped empty and clean it following the attacks.

Belgian police searched the Etterbeek apartment Saturday but found no weapons or explosives.

The statement from prosecutors said the investigation "is continuing actively day and night."