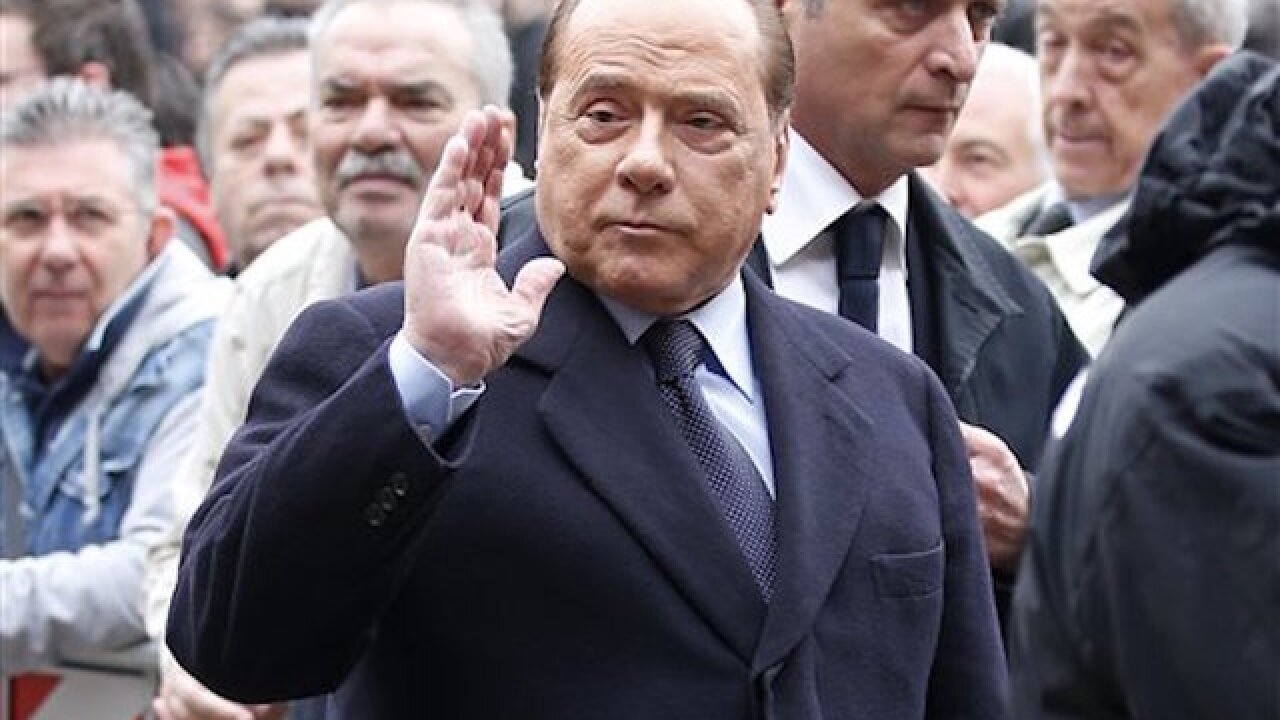 ROME (AP) — Ex-Premier Silvio Berlusconi has been hospitalized for scheduled tests after doctors discovered a small irregular heartbeat during an earlier appointment.

A spokeswoman for Berlusconi's Forza Italia party said the 79-year-old billionaire businessman, who has had a pacemaker for years, hadn't suffered any sudden illness and felt fine. Spokeswoman Deborah Bergamini said he was expected to stay in the San Raffaele clinic in Milan for a few days of tests.

Berlusconi has been largely sidelined from politics since a 2013 tax fraud conviction. He still heads his Forza Italia party, which along with other center-right parties had a mediocre showing in weekend local elections.