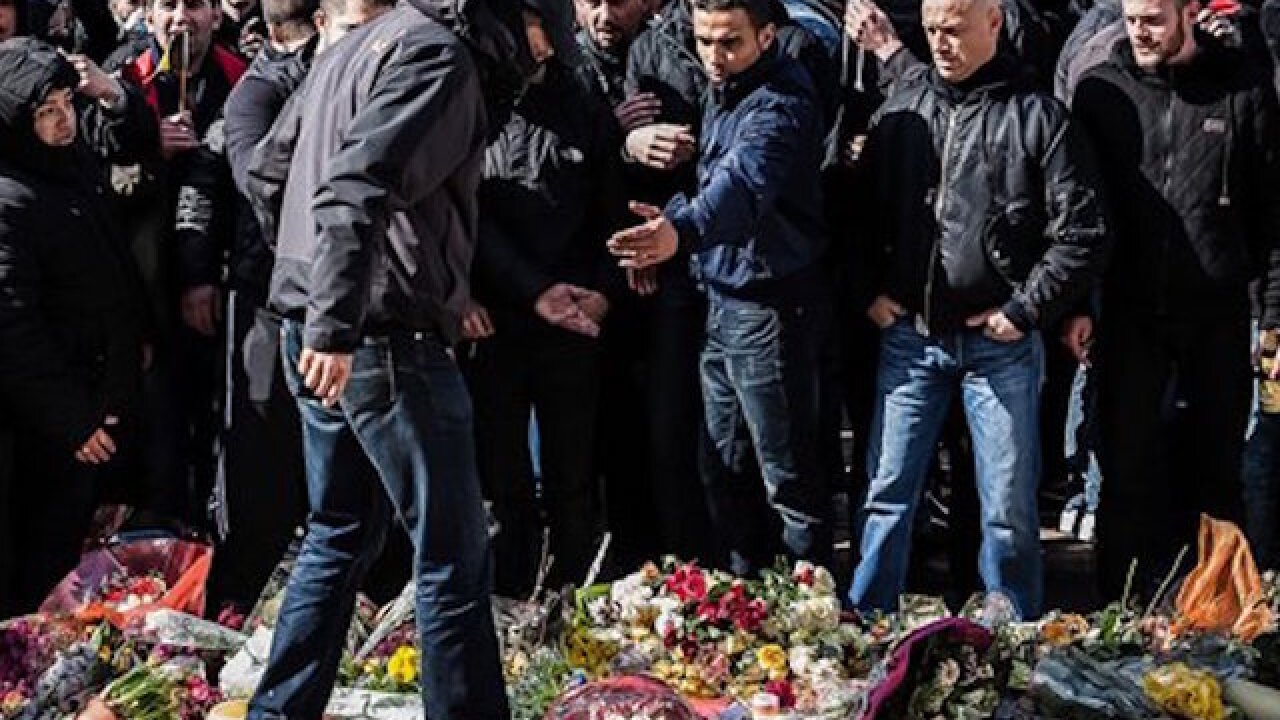 Copyright Associated Press
Valentin Bianchi
<p>Right wing demonstrators protest at a memorial site at the Place de la Bourse in Brussels, Sunday, March 27, 2016. In a sign of the tensions in the Belgian capital and the way security services are stretched across the country, Belgium's interior minister appealed to residents not to march Sunday in Brussels in solidarity with the victims. (AP Photo/Valentin Bianchi)</p>

Prosecutors did not immediately release details on the alleged terrorist acts or whether they were linked to last week's suicide bombings at Brussels Airport and in the Brussels subway that killed at least 31 people and injured some 270 others.

The three charged by an investigating magistrate — identified as Yassine A., Mohamed B. and Aboubaker O. by the federal prosecutors office — were among four people detained during 13 police raids Sunday in Brussels and the northern cities of Mechelen and Duffel.

A fourth person detained was released without charge, the prosecutors' statement said.

On March 22, two suicide bombers blew themselves up at Brussels Airport and a third did the same in a Brussels subway train.

The attacks caused great damage to the airport's departure area. On Tuesday, one week after the bombings, Brussels Airport will test its capacity to partially resume passenger service, an airport official said Monday. But she said it's too early to say when passenger service might actually resume.

Before the bombings, Brussels Airport served some 600 flights a day and 23.5 million passengers per year.

The website of Belgium's Federal Police on Monday also began carrying a 32-second video of a mysterious man in a hat suspected of having taking part in the March 22 bombing of Brussels Airport.

"The police are seeking to identify this man," the site says.

The implication is that the suspected accomplice of the two airport suicide bombers could still be at large. Last week, Belgian media reported that Faycal Cheffou — reported to be the man identified by authorities as Faycal C. who is in custody and has been charged with terror offenses — had been identified as the suspect who escaped from Brussels Airport following the bombing.

The video shows the man, wearing glasses and a white jacket, wheeling a baggage cart through the airport along with the two men identified by Belgian authorities as the bombers.

Police did not add anything, and did not say why they had released the video.