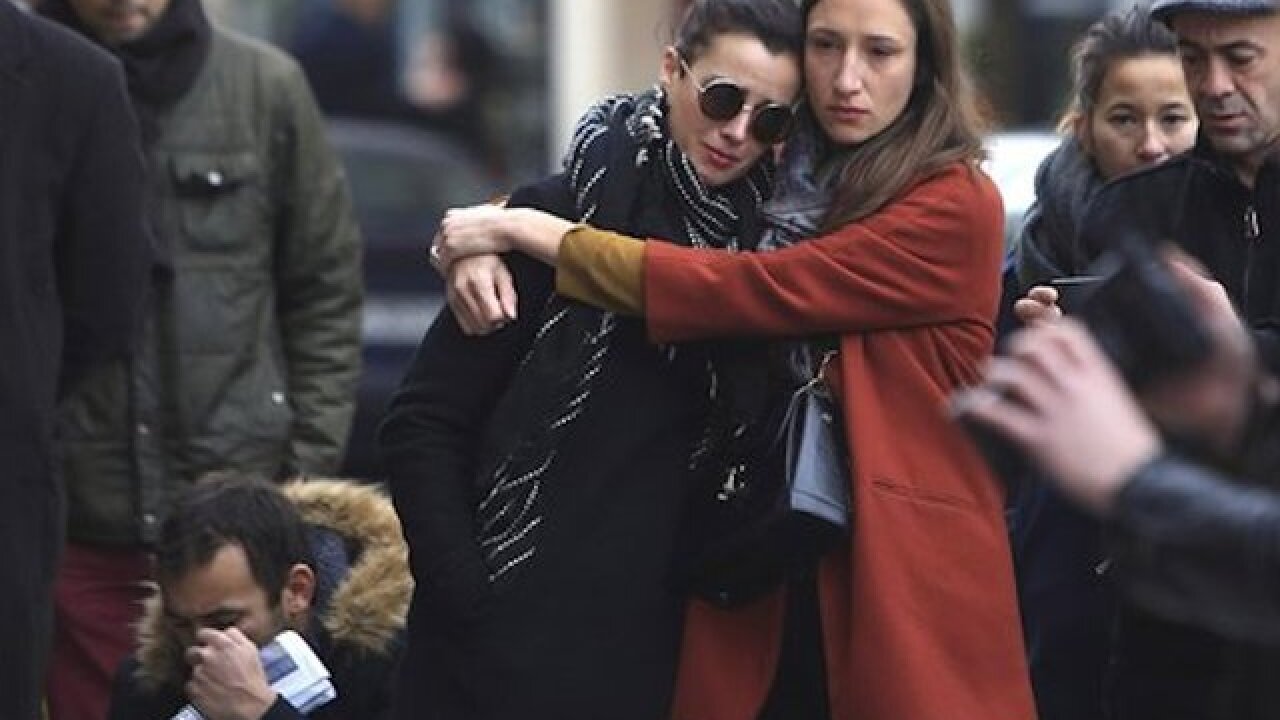 Thibault Camus
<p>Women comfort each other as they stand in front of the Carillon cafe, in Paris, Saturday, Nov.14, 2015. French President Francois Hollande vowed to attack Islamic State without mercy as the jihadist group admitted responsibility Saturday for orchestrating the deadliest attacks inflicted on France since World War II. (AP Photo/Thibault Camus)</p>

After two court sessions on Thursday, the federal prosecutor's office said "the transfer is allowed," and added that French and Belgian authorities will "jointly discuss and decide on the further steps of the transfer."

The statement said Abdeslam gave the "clear consent" for the transfer.

Abdeslam was captured March 18 in a massive police raid in Brussels. The Nov. 13 attacks in Paris left 130 people dead.