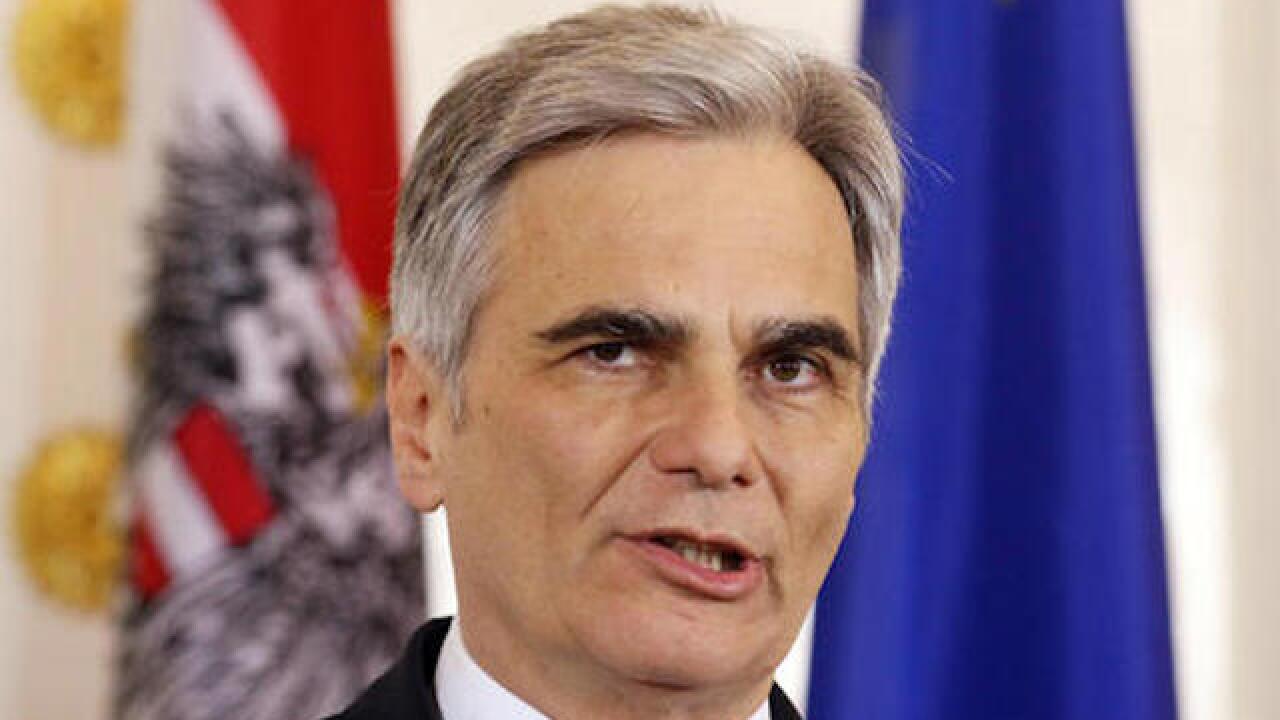 VIENNA, Austria (AP) — With his Social Democratic party in disarray after the latest stinging election loss, Austrian Chancellor Werner Faymann resigned Monday, citing lack of support for his policies within his own party.

The move was unexpected. Dissatisfaction with Faymann spiked after a drubbing for his party's candidate in the first round of presidential elections on April 24. But he had gone into a party meeting Monday insisting he would not step down.

While asserting that most within the party still backed him, Faymann said that was not enough. In a statement issued after the meeting, he announced his resignation both as chancellor and as head of the Social Democratic party

"This country needs a chancellor who has the party's full support," his statement said.

In his more than seven years at the helm, Faymann's party — which once commanded absolute majorities — has seen its popularity sink both in 2013 national elections and most of the more than half-dozen provincial votes held under his tenure.

Even before the migrant crisis hit full force last year, voters were drifting to the right-wing Freedom Party to the detriment of both the Social Democrats and the centrist People's Party, the other dominant post World War II political force.

The Eurosceptic Freedom Party's strongest card is strong anti-migrant sentiment within Austria. But it also has benefited from perceptions that the establishment parties are out of touch over other issues, including growing unemployment and terrorism.

The shift was most recently reflected after Freedom Party candidate Norbert Hofer easily outpolled both establishment party candidates in last month's first round of presidential elections.

Hofer received 35 percent of the vote to just over 10 percent each for the Social Democratic and People's Party hopefuls to go into the May 22 runoff against a former leader of the Green party running as an independent.

Trying to reclaim its voters, the Social Democratic-People's Party coalition swung 180 degrees early this year on the migrant issue, ending an open-door policy and replacing it with strict limits on who can enter the country.

That backfired, with many Social Democrats accusing Faymann of betraying their party's humanistic principles, and leading to growing pressure on him to step down.

"This government needs a new start," Faymann's statement said. "Whoever does not have the backing cannot meet this task."