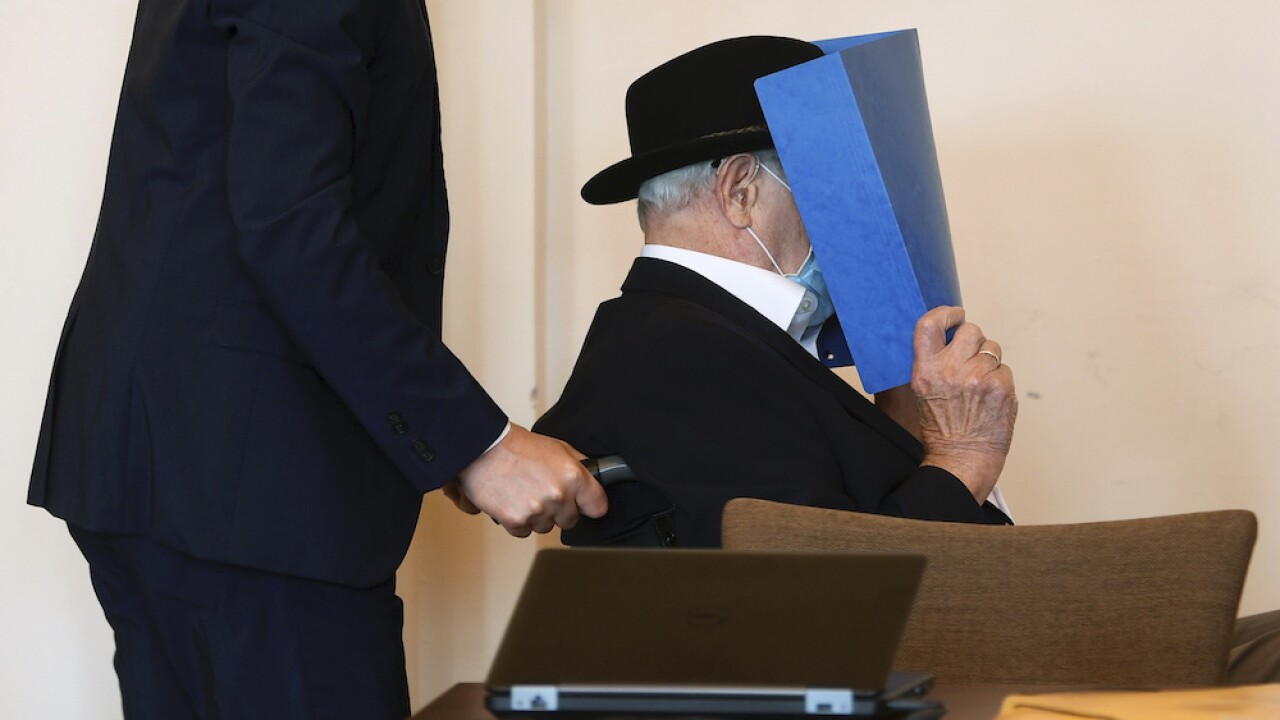 Fabian Bimmer/AP
The 93-year-old German Bruno D., accused of being an SS guard involved in killings of thousands of prisoners, many of them Jewish, between August 1944 and April 1945, in the Stutthof Nazi concentration camp near Gdansk, Poland, arrives for expecting his verdict in his trial, in a Hamburg court room, Germany, July 23, 2020. (Fabian Bimmer/Pool via AP)

BERLIN — A German court has convicted a 93-year-old former SS private of being an accessory to murder at the Stutthof concentration camp, where he served as a guard in the final months of World War II.

He was convicted of 5,232 counts of accessory to murder, equal to the number of people believed to have been killed at Stutthof during his service there in 1944 and 1945, and one count of accessory to attempted murder.

Because he was only 17, and later 18, at the time of his alleged crimes, Dey’s case was heard in juvenile court.