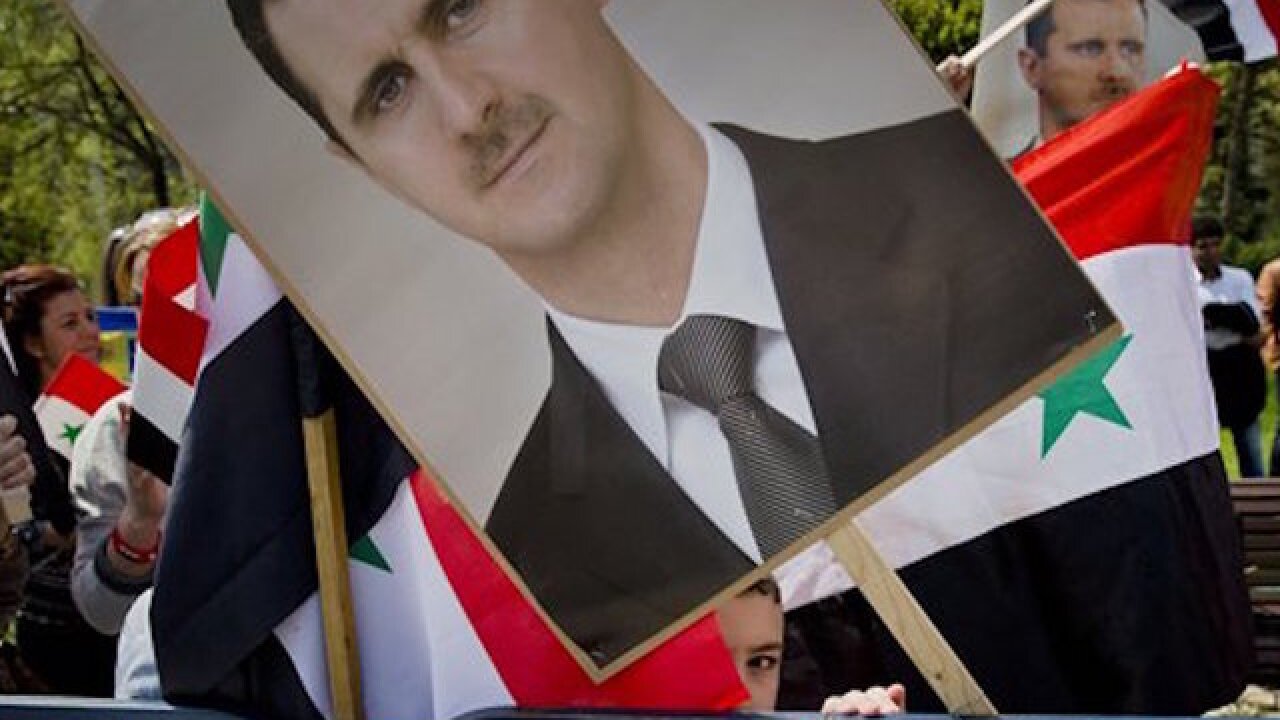 Copyright Associated Press
Vadim Ghirda
<p>A child of the Syrian community in Romania peers from behind a picture of Syrian President Bashar Assad, during a rally in Bucharest, Romania, Sunday, April 9, 2016. Syrians gathered in a protest against foreign support for the rebel groups in Syria and voiced their support for the country's president Bashar Assad and his regime. (AP Photo/Vadim Ghirda)</p>

The rockets hit the town of Kilis and at least one of them damaged a house, the Anadolu Agency reported. Several ambulances were sent to the region and the wounded were hospitalized, the agency said. There was no immediate information on their conditions.

The incident came just four days after two rockets also landed near a park in Kilis, wounding two people and forcing authorities to evacuate two schools in the area.

It wasn't immediately clear who fired the rockets but the wider province of Kilis borders areas in Syria that are controlled by the Islamic State group, Syrian Kurdish militia or anti-government Syrian rebels.

Last month, two people, including a 4-year-old boy, were killed by rockets fired from IS-controlled territory across the border.

Turkish artillery units routinely retaliate to any rockets and shell fired from Syria that land on Turkish territory in line with the military's rules of engagement.