They are friends with a plan to show that they care. Christina Pozsonyi and Rachel Perrault of St. Catharines, Ontario spent Monday night on the Burgoyne Bridge hoping to lend a sympathetic ear for anyone contemplating suicide.

The two hosted a twelve hour overnight "sit out" on the bridge where over the last several weeks two people had jumped. One person did not survive. "We are there if anyone needs to talk, hangout or just sit with to give you company" said Perrault in a Facebook post. "We are hoping to prevent further suicides and suicide attempts at that location. Mental health is something to take serious."

Pozsonyi and Perrault, who are security guards at a St. Catharines hospital, say they were visited by supporters who dropped off food and beverages during their overnight stay. The two also wrote words of support and love on the bridge for those who are dealing with a mental health crisis. 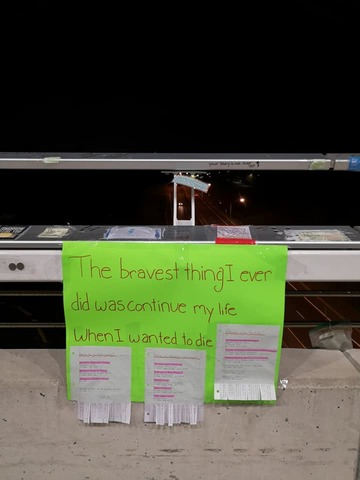 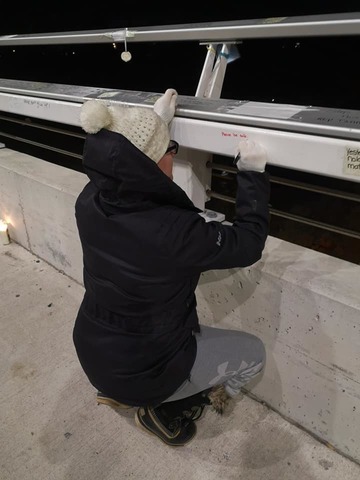 Staff Sergeant Dan Savoie of the Niagara Regional Police Service tells 7EWN that mental health calls have increased dramatically in the past two to three years adding that anything that people can do to help is encouraging.

Pozsonyi and Perrault say that a Niagara Regional Police Supervisor paid a visit at the end of their campout to thank them.