Woman reported missing after not making it home 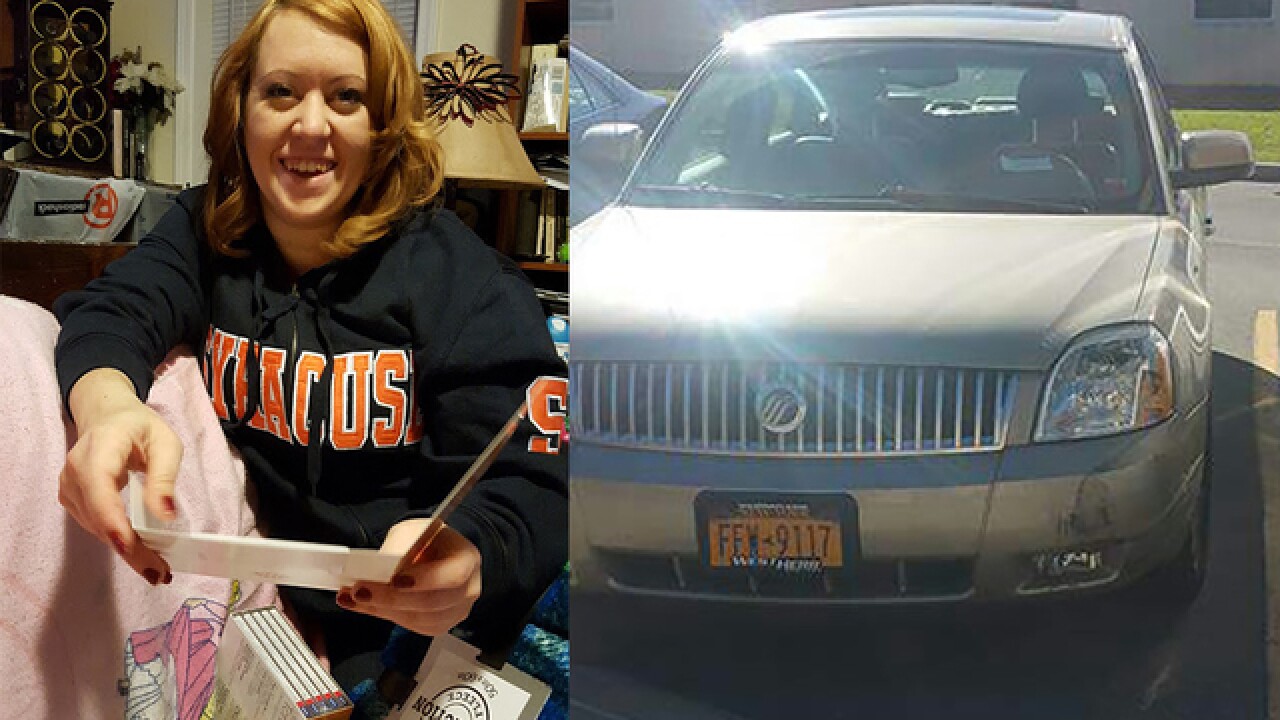 Police in Lockport are looking for a woman who hasn’t been seen since Sunday morning.

Heather Grimmer, 35, was last seen in the Town of Niagara and was supposed to be heading back to her home in the City of Lockport. A family member reported her missing Monday when Grimmer never arrived.

Grimmer is described as white, 5’2” tall and 120 pounds. She has blue eyes, brown hair and a tattoo of black ropes on her wrist. She was last seen wearing black pants, a black jacket and black boots.

She drives a tan, four-door Mercury Montego with a license plate of FFW-9117 that has a bike rack on the back and some minor damage to the left front bumper.

Grimmer has been known to frequent the Rochester area.