Attraction would be located across from Niagara Falls State Park 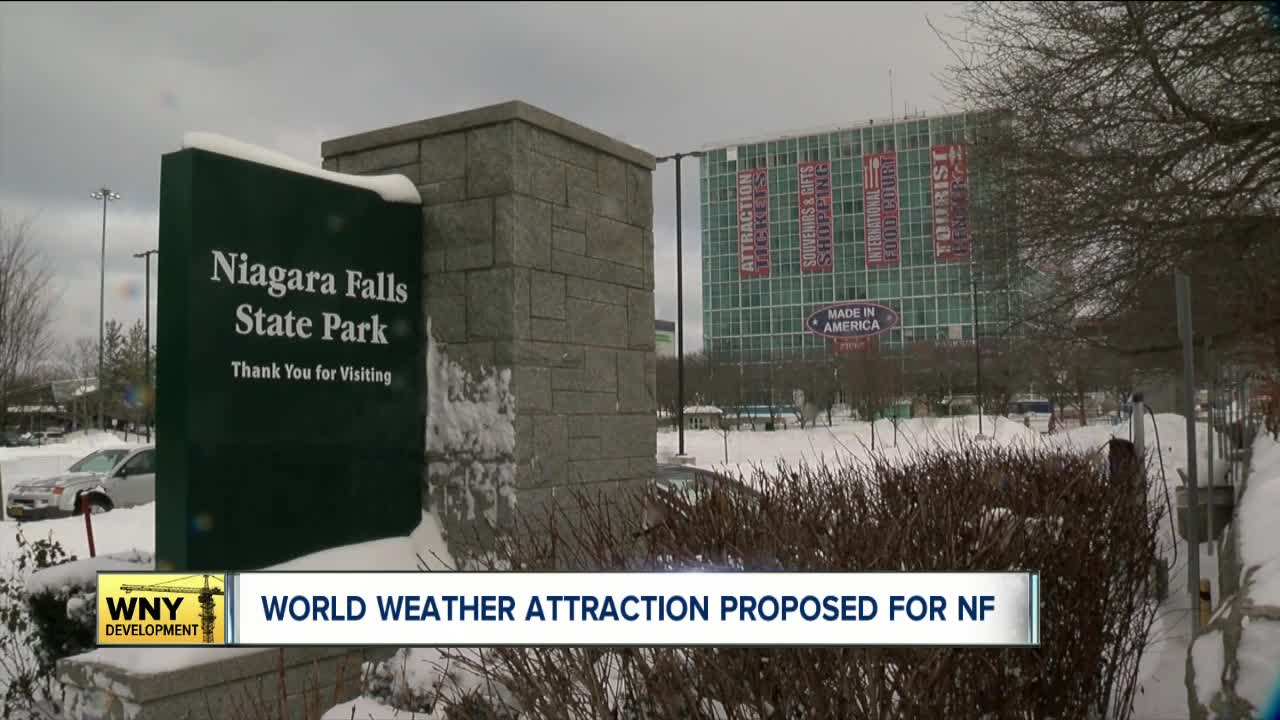 Proof of that came today on the coldest day of the year, so far, with wind-chills well below zero.

A steady stream of people headed to Niagara Falls State Park to view the ice bridge in the Niagara River gorge and icy mist buildup on trees - which make the trees look like winter sculptures.

On top of that interest, there is now a new idea being floated to create a 'World Weather Center' attraction in the former One Niagara building across from the entrance to Niagara Falls State Park.

The idea is being pushed by John Simon, who is the former Niagara County Industrial Development Agency (IDA) director.

Simon said the "Disney-quality" attraction would cost $138 million and create a large number of jobs.

It would include weather-related exhibits with unique sensory experiences.

So far, the idea has been pitched to the Niagara Falls City Council and the Niagara River Greenway Commission.

Different colleges and universities have expressed interest in collaborating with the organizers, said Simon.

John Simon told Reporter Ed Reilly that he plans to present the idea to New York State soon in hopes of getting some public funding.

Ed Reilly talked with visitors to Niagara Falls to see what they thought of the idea. You can hear more in the attached video clip.