Students studying architecture were able to get invaluable hands-on experience in the process to build property by working with the local land bank on affordable housing projects. 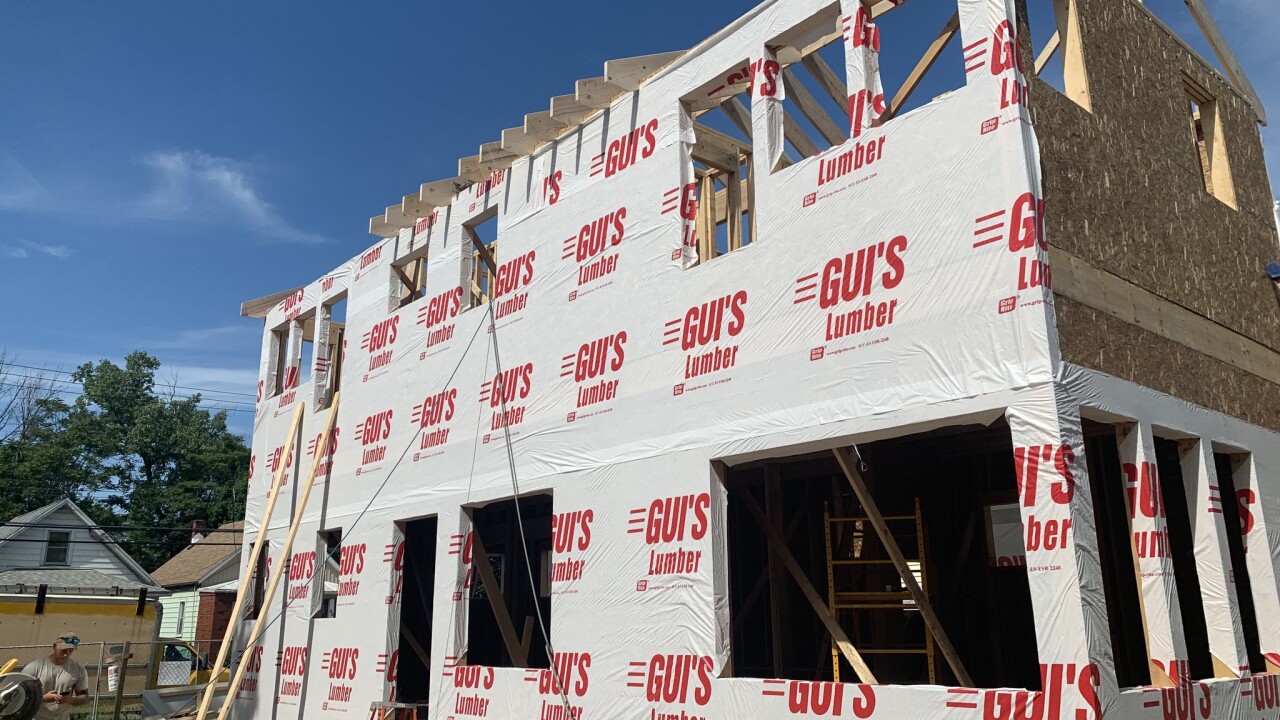 CITY OF TONAWANDA, N.Y. (WKBW) — “They work on affordable homes that are small, but play big.”

The Buffalo Erie Niagara Land Improvement Corporation a local land bank recently got some help from University at Buffalo architecture students to help build an affordable home in the City of Tonawanda.

“It’s unusual for students to make drawings all the way to construction documents that actually get built,” said Brad Wales, the UB professor of architecture leading the cohort of students on this endeavor to build affordable homes in the community.

91 Fuller Avenue is being built as a 1,452 square foot single-family home. It will feature two bedrooms and 1.5 baths with a lower level that has the option to be converted into a third bedroom.

The goal of the property is to go to an income-restricted family. A family of three or four could have a maximum household income of around $90,000.

No taxpayer money was used to build this home — it was done entirely through grants from large banks that are paying restitution to the New York State Attorney General's office for their role in red-lining homes during the financial crisis of 2009-10.

“So far, all the land banks across New York state have received funding from the New York State Attorney General,” said Jocelyn Gordon, the executive director of the Buffalo and Erie County Land Bank.

The home will actually be sold for less than it cost to build thanks to these grants. It’s estimated it cost around $250,000 to build.

“The low hanging fruit was the square footage. So all of our prototype houses are small square footages ranging from tiny homes, up to this one,” said Wales.

The City of Tonawanda has also been a strong partner in getting almost a dozen homes built on vacant properties via the Land Bank.

“The City of Tonawanda, we have a really good working relationship with,” said Gordon. “We’ve actually done about seven other properties here. So, they fast-tracked it for us. They canceled the fees for the building permit, they got their inspector, their mayor, they were just all over it.”

UB donated the students' designs to build which saved close to $15,000 in cost.

Another project is already underway near UB South partnering architecture students with the Land Bank.